Everything You Need to Know About the Indianapolis 500 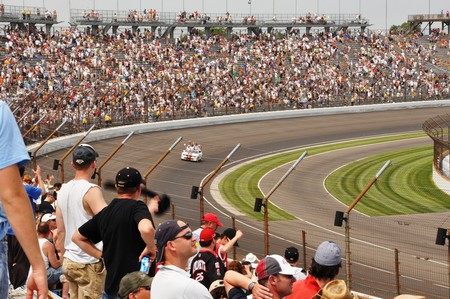 Every year, over 250,000 visitors pile into the small town of Speedway, Indiana, to experience the magic of the largest single-day sporting event in the entire world: the Indianapolis 500. The Indy 500 is a century-old annual racing competition that is the standard across the country for American motorsports, and in Indianapolis, it’s a huge deal.

Indianapolis is well known as the home of this legendary racing event, but the small and appropriately named town of Speedway was actually formed within the Circle City. Speedway has roughly 12,000 residents, and all four of its elementary schools are named after the racetrack’s founders. 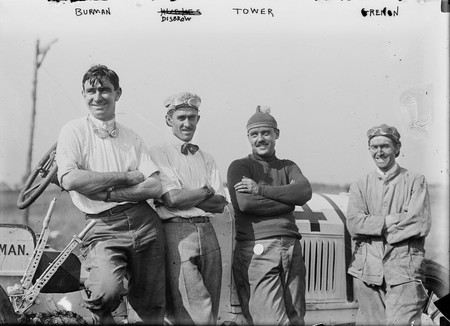 The Indianapolis Motor Speedway, home of the Indy 500, first opened in 1909. The very first Indy 500 race took place in 1911, with 40 drivers competing in the event. Ray Harroun (#32) won the inaugural race with his yellow Marmon Wasp, which you can still view today at the museum at the speedway. 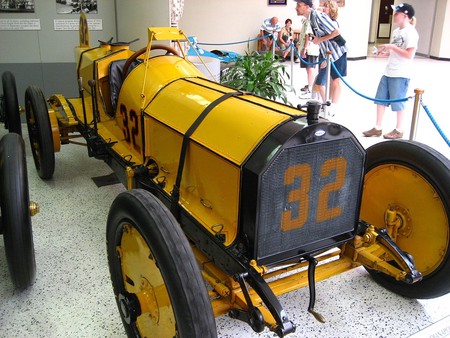 This beloved race is steeped in many great Hoosier traditions. For starters, before drivers fire up their engines, the song “Back Home Again in Indiana” is sung live, in honor of Howdy Wilcox, the 1919 winner who played this song during his final laps. Balloons are also released while the music plays, a tradition dating back to 1947.

In 1936, Indy 500 winner Louis Meyer asked for a glass of buttermilk following his racing victory. Ever since then, it’s become tradition for the winner of the race to drink a large bottle of milk, with some drivers even pouring the beverage over their heads in celebration.

Takuma Sato Wins the Indy 500!! Huge Congrats to our client Driver Takuma, Steve Fusek and @andrettiautosport from your friends @sportourstravel. Way 2 Get it Done!! #indy500

Even the trophy given out at this race has a unique tradition. In 1936, an updated trophy, now known as the Borg-Warner trophy, was presented with all of the past winners’ faces etched into the silver cup. Ever since then, it’s become tradition to add the face of new winners year after year. The actual trophy remains on display at the Indianapolis Motor Speedway Museum, and drivers are presented with a replica, fondly called the Baby Borg.

You can view actual IndyCars from past racers and winners in the on-site Indianapolis Motor Speedway Museum. You’ll also find trophies and other nostalgic memorabilia on display. Famous photographs and historical facts are also scattered throughout the racetrack’s museum. 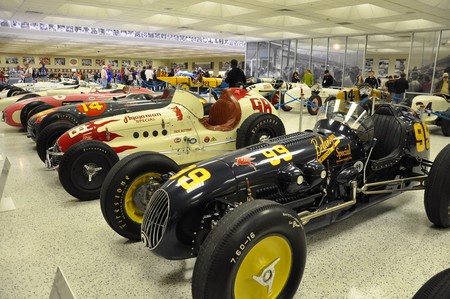 This legendary race typically takes place on the Sunday of Memorial Day weekend (late May), turning the entire holiday weekend into a racing celebration, with a parade occurring through the town of Speedway the day before. There’s also a dance party at the Indy 500 Snakepit Ball that takes place the night before the big race. Visitors typically camp on the Speedway lot or book rooms in Indy for the entire weekend. 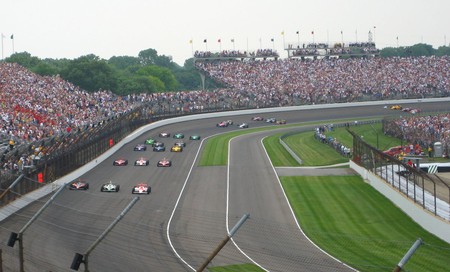 Interesting facts about the Indy 500

The speedway itself is 2.5 miles (four kilometers) long with four turns around the oval track. The Indy 500 race consists of a total of 200 laps and 500 miles and lasts roughly three hours.

Other fast facts about this race: