Why Do Audiences Love Ferris Bueller's Day Off?

John Hughes is responsible for some of the most relatable teen characters in cinema, and in the 1980s he was the king of giving teenagers their due in film. While The Breakfast Club has become iconic for its honest and sympathetic depiction of teenagers and their struggles, Ferris Bueller’s Day Off offered the audience a protagonist who was self-assured, knew how to work the system, and might be the coolest teenager ever. But as to why this 1986 film is still so beloved today? That might be a little more complicated.

Now that we’ve brought it up, there’s music in your head right now isn’t there? Maybe it’s the English Beat’s percussive March of the Swivelheads as Ferris run home, or Yello’s Oh Yeah. Maybe it’s Ferris iconic lipsyncing of Twist and Shout or Danke Schoen on a float in downtown Chicago. The point is that this soundtrack is memorable for all the right reasons and it is a small tragedy that an official soundtrack of the film has never been released.

Ferris has a beautiful, cool girlfriend, his parents love and trust him, a whole community bands together when they believe he is ill, and he’s so laid back that he breaks the fourth wall to talk directly to the audience. Has there ever been anyone as effortlessly cool as Ferris Bueller? He seemingly has one complaint in life, that his parents bought him a computer instead of a car, and yet he still manages to find a Ferrari to drive to Chicago for a day of fun.

On your best day, you’d like to come close to Ferris, but on your worst day, you’re probably closer to his maudlin best friend Cameron. This is not to say that Cameron in the antithesis of Ferris, but there are few times in life that you’re allowed to be as dramatic as Cameron is in this film. Whether he’s wallowing, sick, in the dark, sitting comatose at the pool, or staring into a face of dots at the Art Institute of Chicago, Cameron lets the full weight of what he’s feeling take over. The majority of Ferris Bueller’s Day Off reads as frivolous fun and, while Cameron might initially seem like a drama queen, the film’s weight and heart comes from Cameron. Unlike Ferris, the community doesn’t organize around Cameron when he’s ill, and he doesn’t seem to live with the assumption that his parents love him. The audience’s heart breaks for Cameron when he attacks the Ferrari, a symbol of his absentee father. At the core of the film Ferris is just trying to do right by his friend, so that in the future he’ll get more out of life.

You Could Do This

Technically, you could pull a Ferris Bueller. Some activities, like buying a Cubs ticket or going to the Art Institute of Chicago and Sears (now Willis) Tower, are easy and won’t break the bank. Others, such as hijacking a parade float or ‘borrowing’ a Ferrari to drive, are harder to pull off, but Ferris does it so effortlessly you think you might be able to pull it off as well.

Somehow Ferris playing hooky made life better for everyone (except Principal Rooney). On the surface, most of Ferris’ actions are very selfish; dragging a sick friend out of bed so they can take his father’s Ferrari out for a joyride, not backing down while pretending to be someone important to get a table at a fancy restaurant: these are not the qualities of Man of the Year. And yet, his sister finds a love connection at the police station, Cameron finds the courage to stand up to his dad, all the people in the parade scene get to jam along, and even the garage attendants have the day of their lives with their own Ferrari joyride. Except for Principal Rooney, almost everyone in this film is left satisfied, which in turn is satisfying for the audience. 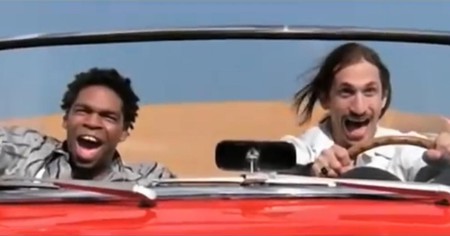 Ferris isn’t unstoppable. He knows that this time of his life, his youth, charisma, and friendships are temporary; it’s why he takes the day off. Unlike Cameron, he doesn’t want to give into the passage of time, of growing older and taking on responsibility. He wants to do it on his own terms, and failing that, he’ll at least make the most of what he has in the here and now. After all, ‘life moves pretty fast. If you don’t stop and look around once in a while, you could miss it.’