The Best Things To See & Do Along Chicago's Red Line Train

The Red Line is the longest of all Chicago train lines, meaning it stops in the most neighborhoods and hits the most city highlights. From Chinatown to the Loop and all the way up to Rogers Park, grab a seat and check out everything Chicago has to offer.

Things To Do And See:

These stations are the closest the Red Line gets to Lake Michigan, so take advantage of this proximity and hit the neighborhood’s beautiful shores: North Shore Beach, Loyola Beach, Howard Beach, Juneway Beach, and Jarvis Beach. Also, make sure to visit the sprawling campus of Loyola University Chicago for an intimate college feel sandwiched between the bustling city and waterfront waves. 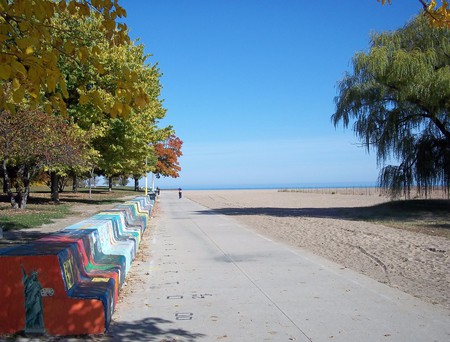 These core central stops get you in the perfect position for any downtown event. Shop on Chicago’s famed State Street and see icons like the old Marshall Field’s building, or wander up and over to the Magnificent Mile for even more options. The stops are a short walk east to Millennium Park, Cloud Gate, Buckingham Fountain, and the Art Institute of Chicago. The center of the city also houses a famous theater district, and from the Red Line, you can access all the main theaters playing world-class shows.

Whether you’re a North Sider or a South Sider, the Red Line can get you to your team. Hop off the train at Addison for a game at the iconic Wrigley Field with the Cubs, or stop at Sox-35th for a direct path to the Cell with the White Sox. With only a few weeks left in the regular season and the summer season, grab your tickets now to make the most of the waning Chicago sunshine.

Chicago certainly has no shortage of highly rated brunch spots, but this chain, in particular, is a North Side favorite. Visit Ann Sather off the Granville stop where you will likely encounter a crowd of Loyola students, or find a seat at the original site off Belmont. You’ll find similar groups of young people, but you’ll also see families and regulars. Try their infamous giant cinnamon rolls as a side, and keep in mind that they are only open through lunch.

Hop off at the Cermak-Chinatown stop for a stroll through one of the largest Chinese neighborhoods in the United States before tucking into MingHin Cuisine. If you’re craving authentic Chinese food, there’s no better place in Chicago. It’s sleek, upscale, and serves up award-winning dishes every single day. It’s definitely worth the trip to Chinatown for a meal, but know that they also recently opened up locations in the Loop and suburban Naperville. 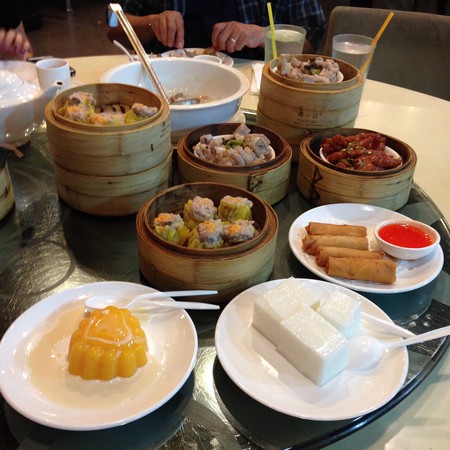 Add Bar Toma to your list of Chicago pizza joints to try, and hit it during your next trip down Michigan Avenue. Even though it’s just steps from some of the city’s fanciest shops, restaurants, and hotels, it maintains a casual and welcoming atmosphere that’s friendly to your family as well as your wallet. Indulge in any of their delicious Italian dishes, but don’t forget to sample their award-winning pizza pies. And it’s only a two-block walk back to the Chicago stop along a drag of dessert shops and dive bars.

It may be a chain courtesy of Los Angeles, but Stan’s Donuts has quickly made a name for itself in Chicago. It’s opened six locations thus far in places like Wicker Park, Lakeview, and the South Loop. Luckily, it has an outpost right on the doorstep of the Roosevelt stop, which makes it the quickest way to curb your sweet tooth. Try one of their standard, but famous, donuts, or sample their specialties, gelato flavors, bagels, donut cakes, coffee, or tea. And if you can’t decide, just call them for catering. 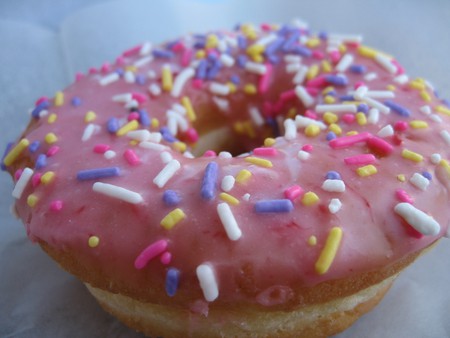 Clark Street between Addison and Belmont has become one of Chicago’s premier nightlife districts for 20- and 30-somethings. It’s littered with sports bars, nightclubs, and taverns that cater to practically everyone’s needs. The area is understandably popular during the Cubs’ summer baseball season, but the fun continues all year-round, with Wrigleyville often hosting themed bar crawls during holidays like Christmas and St. Patrick’s Day. Try Sluggers, The Cubby Bear, or Dark Horse Tap & Grille.

Pops for Champagne has all the class of River North without the overwhelming tourist vibe. It’s the nation’s most acclaimed champagne bar and one of downtown Chicago’s hottest spots. Come for the nearly 250 different types of champagne (obviously), but stay for the endlessly creative cocktail list, live jazz music, and casual bubbly bar atmosphere. Expect a drink menu miles long, but a lighter selection of small food plates. Thankfully, the area off the Grand stop is full of top-rated restaurants and gastro-pubs to dine in beforehand. 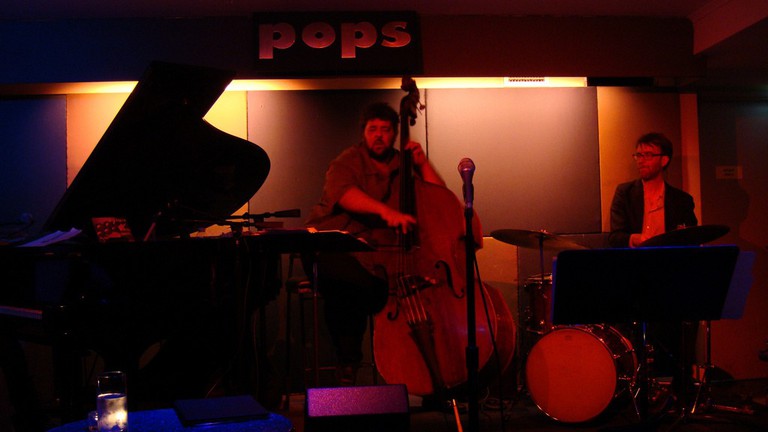 The two-block radius of Division Street in between Clark and State has everything you need for a long night out on the town. This area houses the highest concentration of 4am bars in Chicago, which means the party chugs on longer here than anywhere else. Start your evening at one of the more low-key locations such as McFadden’s, Butch McGuire’s, or Hopsmith Tavern. Then work your way up to She-nannigans House of Beer and The Lodge, and dance off into the night at Detention Nightclub or The Original Mother’s. You’ll never be more than a few hundred feet from the Red Line.