Top 10 Ways To Act Like A Local In Lincoln Park

Along the northern lakeshore of Chicago, you’ll find the quaint but vibrant neighborhood, Lincoln Park, brimming with places to explore, food to eat and new experiences to seek out. Beautiful homes are nestled next to peaceful parks which run into bustling streets filled with boutiques, bars, and delicious restaurants. Here are a few ways to act like a local and experience the best of what Lincoln Park has to offer. 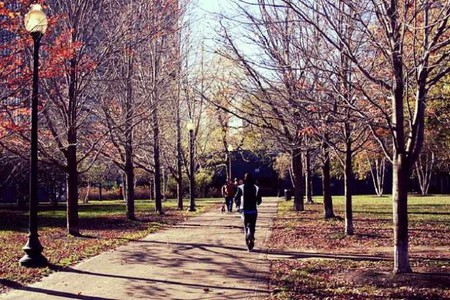 Go for a run along Lake Shore Drive

The best way to start your day in the city is with a little exercise. Grab your running shoes, roller blades, or bike and head down to the path on Lake Shore Drive to join the thousands of others getting in some cardio. There’s nothing like running along the lakeshore with a view of the Chicago skyline ahead of you. The Lakefront Trail also hosts many races throughout the year, including the United Run for the Zoo, a local favorite to support the Lincoln Park Zoo. 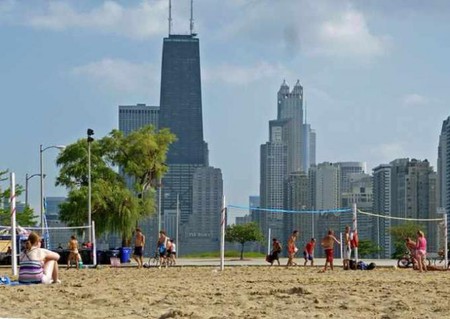 Play volleyball or do beach-front yoga at North Avenue Beach

Head down to North Avenue Beach and join in on a game of volleyball and make some new friends. Chicago Sport offers one of the largest leagues on the beach. They offer leagues for teams looking for fun with their recreational division as well as more competitive leagues. If you’re looking for a more relaxing beach lakeside experience, Sun and Moon Beach Yoga offers sunrise, late-morning, evening and weekend classes. So grab a towel and say ‘namaste’ to the North Avenue Beach.

Get rooftop drinks at The J. Parker

If you’re looking for a classy evening of craft cocktails and elegant appetizers, head to the roof of The J. Parker. The rooftop boasts the most spectacular views in Lincoln Park, overlooking the beautiful shore of Lake Michigan. Their seasonal cocktails will put you in the spirit of Chicago while you take in the view.

Chicago, and Lincoln Park specifically, is known for great food. Wandering around Lincoln Park, you’re almost guaranteed a great meal wherever you stop. Our favorites include upscale establishments like Alinea, a Michelin-starred and world-renowned restaurant that boasts a ‘single, seasonally driven tasting menu of between 18 and 22 courses.’ We also love the less extravagant Weiner Circle, where locals flock for a classic Chicago dog and chocolate shake. 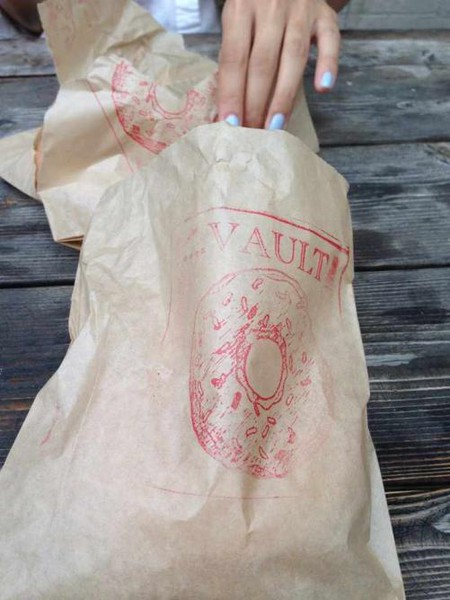 Grab a doughnut from the Doughnut Vault

What’s better than a fresh, old-fashioned doughnut from an old-school food truck? You can find the truck parked in various areas throughout the city, with a limited supply of their favorites. Toasted almond, buttermilk, and coconut cream are just a few of the flavors that will have you wanting to buy ten doughnuts to share with all of your friends (or not…). You can find the Doughnut Vault truck at various locations throughout Lincoln Park, including Clarke street. 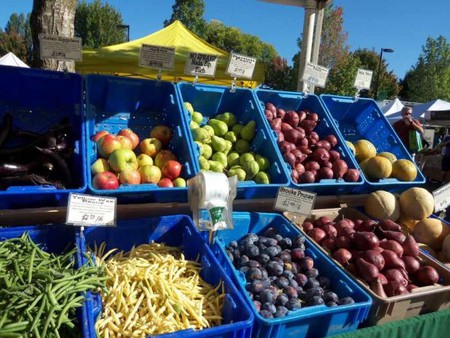 Find some fresh produce at the Green City Market

Nothing says acting like a local like eating locally sourced foods. At the Green City Market, you can peruse its many produce stands and find the best food in the city. Not looking for groceries? You can still grab breakfast or lunch at food stands, like Abby’s Crepes. During the summer, you can find the market outdoors in Lincoln Park on Wednesdays and Saturdays from 7am-1pm, May through October. In the winter months, the market is still open on Saturdays from 8am-1pm in the Peggy Notebaert Museum.

There are many concert venues where you can jam to the greatest, underground talent Chicago has to offer. Schuba’s Lincoln Hall and the Tonic Room are just two of the great live music venues in the area. Lincoln Hall and Schuba’s host both rising local acts as well as national acts touring through the city. The Tonic Room boasts a more eclectic set of groups and hosts an open mic night on Tuesday nights to give the audience a taste of up-and-coming artists. Tickets vary in price depending on the act.

Get lost in a blues set at Kingston Mines

A local favorite, Joanna Connor brings down the house almost every weekend with her soulful voice and electrifying band. Kingston Mines hosts two live blues bands seven nights a week on two stages, and the party doesn’t stop until 4 am. If you’re looking for top-notch music and an all-night experience, Kingston Mines is the place to be. During the week, be sure to bring $12 for the cover — $15 on the weekend.

Catch a show at Steppenwolf Theater or Park West

The Steppenwolf Theater is a well-known theater that houses more serious plays. Each season, the theater puts on a selection of new plays for your entertainment. Park West is a premier concert location for nationally recognized acts. You’re sure to find a great show at any of Lincoln Park’s various theaters.

Kelsey Kruzel, a small town native of Michigan, recently moved to the city to get a taste of Chicago. Most of the time you can find Kelsey trying new restaurants with friends, browsing thrift stores for her next inspiration or searching for the perfect Instagram filter. Kelsey writes for ArborWoman as well as The Culture Trip.