Top 10 Things To See And Do In Pilsen, Chicago

Situated on the Lower West Side, Pilsen is the Mexican-American hub of Chicago’s gridwork, with a community that takes great pride in its roots and local businesses. Since the 1960s, the neighborhood has remained culturally traditional with an increasingly diverse young demographic attracted to its growing artistic feel. With so much to offer beyond delicious eats and daring cocktails, we’ve put together a list of Pilsen must-dos. 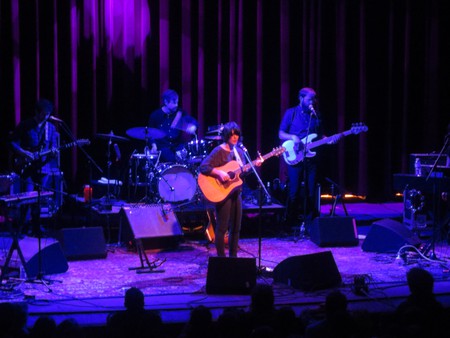 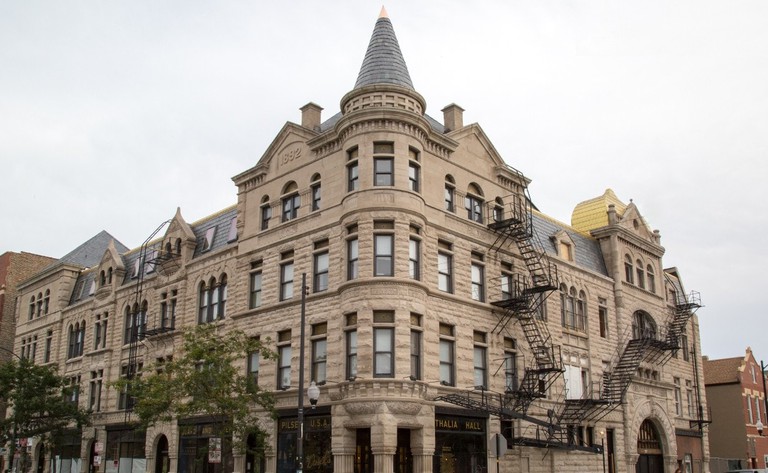 The historic Thalia Hall concert venue in Chicago's Pilsen neighborhood. | © Thalia Hall
At the corner of 18th and Allport Street, you’ll find one of Pilsen’s oldest historical landmarks and most ornate live venues, Thalia Hall. Founded at the turn of the century by John Dusek, the halls were originally meant to capture the attention of its bohemian neighbors with live entertainment. Current owners, Bruce Finkelman and Craig Golden, have helped restore Dusek’s original dream with the launch of some premiere restaurants, stages and bars to accompany the original amphitheater. Heavyweights like Andrew Bird, Kurt Vile, Dave Chappelle and The Smashing Pumpkins have recently graced the stage.
Open In Google Maps
1807 S Allport Street, Pilsen, Chicago , Illinois, USA
+3125263851
Visit Website
Give us feedback

Founded in the 1980s, the Pilsen art walk has been a long-revered tradition with over 30 different shops, galleries and warehouses regularly participating. After 6pm, residents and shops alike open their doors to the eager public to celebrate and share contemporary art in all its different forms with 2nd Fridays Gallery Night. Take advantage of the complimentary wine and beer as you weave your way from one new experience to another. After all, why shouldn’t artistry be experienced with a hint of alcohol?

Thalia Hall is also home to the Michelin-starred Dusek’s Board & Beer. Launched in 2013 by Logan Square’s Longman & Eagle team, Dusek’s offers patrons a non-traditional American brunch with an ever-changing international flair. Whether you prefer pastries, eggs or meat in the morning, Dusek’s renditions of breakfast classics do not disappoint. Don’t be distracted from the beverages, as their beer selection is hearty and their Brunch Punch from sister-bar Punch House will stay with you long beyond the buzz. 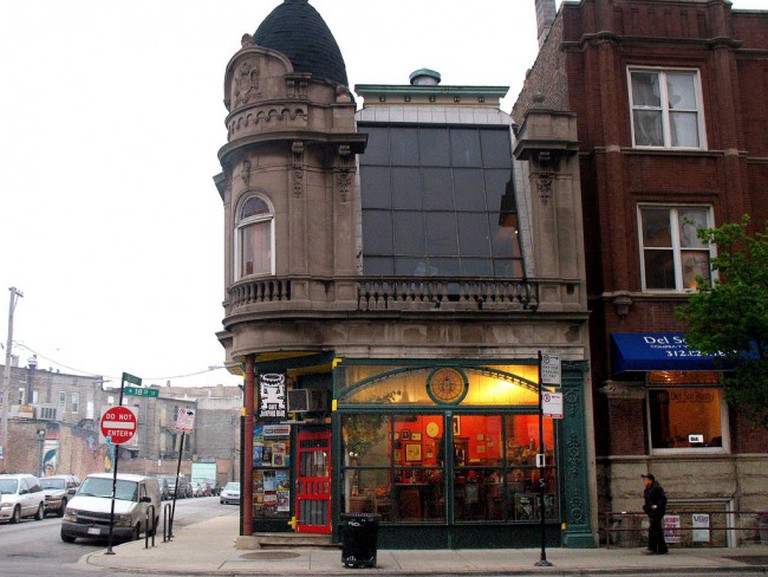 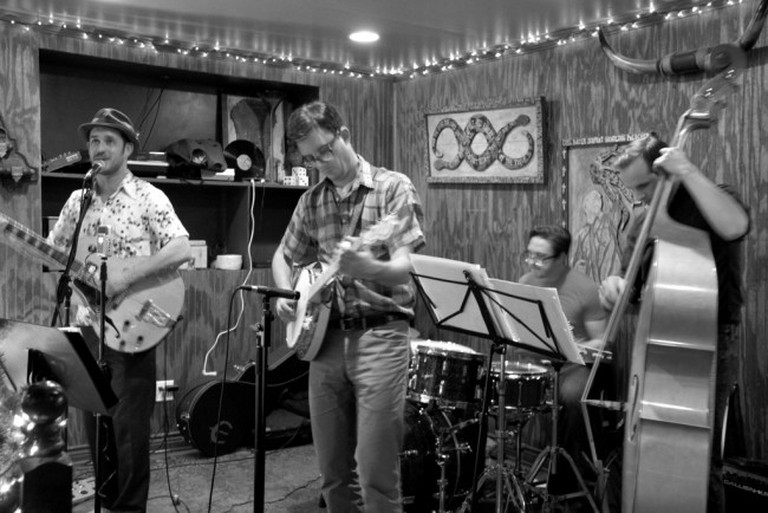 Grit and The Double Knit at Honky Tonk 13 | © Thomas Anderson/Flickr
One of Pilsen’s most successful small businesses, Cafe Jumping Bean has been a hallmark of the community for over 20 years. Owner Eleazar Delgado transformed the establishment, as the sole employee in 1994, to a locally adored gourmet café that doubles as a gallery for Chicago’s own. If you find an afternoon to kill, stop by the free community book exchange out front before sitting down to treat yourself to an oasis amongst coffee conglomerates. If you are hungry there is no going wrong with their mollettes, an open-faced queen of black beans, Oaxaca cheese and pico de gallo draped over a perfectly toasted French slice.
Open In Google Maps
1439 West 18th Street, Lower West Side, Chicago, Illinois, 60608, USA
+13124550019
Give us feedback

This western roadhouse restaurant may not seem like the typical venue for some solid burlesque, but those lucky enough to have witnessed the carnival spectacle understand the hype. Honky Tonk BBQ’s main dining area serves up hearty barbecue and showcases jazz, bluegrass and ragtime dance parties most evenings, but every fourth Saturday of the month, the renowned Burlesco! troupe takes over. Their quintet accompaniment, Grit & The Double Knit, makes the improvised feel of the entire show seem even more authentic.

Museum, Art Gallery
Facebook
Email
Twitter
Pinterest
Copy link
Share
Map View
It’s only fair that the ‘Mexico of the Midwest’ should be home to such an outstanding institution for Mexican art and culture. The spacious galleries and intricately composed exhibitions of the National Museum of Mexican Art are of the highest caliber, representing Mexican art from both sides of the border. Take a tour or pass through their 7,500 permanent piece collection at your own pace, learning about their origins from the bilingual stories that accompany them. Keeping in line with Pilsen’s art-is-for-everyone mantra, entrance is always free.
Open In Google Maps
1852 West 19th Street, Lower West Side, Chicago, Illinois, 60608, USA
+13127381503
Visit Website
Give us feedback

DIY has been the backbone of Chicago’s underground music scene for decades. Creatives come together to develop an unregulated space for self-expression that often comes with debauchery. Amongst such sweatboxes, The Dojo stands tall and mighty. The artists that call the commune home have carefully formulated a community of supporters and performers that make this DIY a haven for ‘the Denizens’ that perpetually show up for their Saturday night specials. Follow their page on Facebook for event announcements and get into BYOB mode for a night you won’t soon forget. 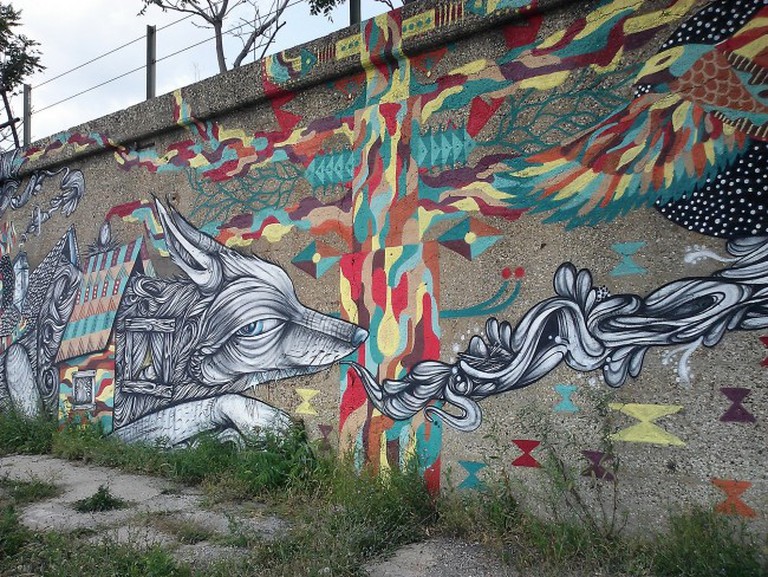 If you can’t make the Chicago museums’ standard hours of operation, take a stroll down Pilsen’s 16th Street. The Chicago Urban Art Society, National Museum of Mexican Art and Pawn Works brought this program to life to showcase the works of internationally recognized artists on a public platform. The initiative helped transform all of the strip’s vandalized and abandoned brick walls into something both building owners and visitors could enjoy. The seemingly endless murals reflect the history of Pilsen, its residents and their passion to preserve their culture against the ongoing threat of gentrification.

16th St to the North, the Chicago River to the east, Western Ave to the West, Chicago, IL, USA 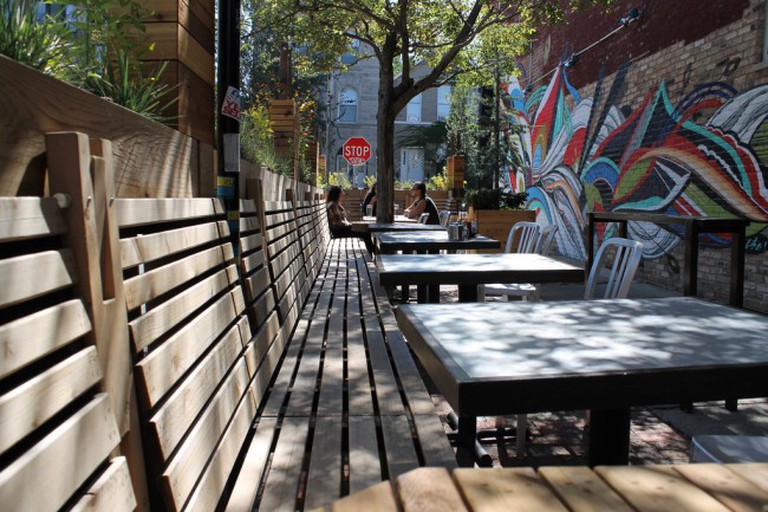 Outdoor seating at Simone’s and a mural | © Connie Ma/Flickr

Reinforcing Pilsen’s live performance tradition, Simone’s hosts a must-see People’s Stage Karaoke night within its recycled interior. All walks of life pack into the bar on Sunday nights to belt out classics along with the performer in Spanish or English, depending on their selection. If you want to secure your time with the mic behind a caged stage straight out of Road House, get there before the 10pm start time to sign up.

Comet Vintage has all of the charm of a thrift shop without the dusty grime, enter into this lollipop clothing shop to find your dream piece of decades past. The store sells almost everything including men and women’s apparel, accessories, and furniture, all organized nicely within its small space so you wont be overwhelmed. As if this small slice of heaven couldn’t get any more charming, a friendly furry companion hangs out close by as you make your final selections.