This Illinois Town Is Home to the World’s Largest Laundromat 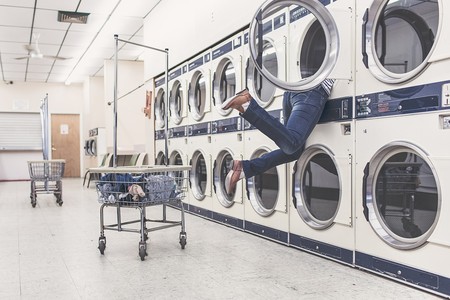 The largest laundromat in the world is no small feat! One self-serve laundry establishment in Berwyn, Illinois, is proud to claim the title of “world’s largest laundromat,” but it’s so much more than that. The World’s Largest Laundromat has over 300 machines encased within 13,500 square feet of space.

The World’s Largest Laundromat is open 24 hours, seven days a week; the owner, Tom Benson, doesn’t even have a key. The laundromat officially earned its title in 1983 when the Coin Laundry Association searched the world for the largest laundromat. Since ’83, it’s been no contest. Benson is also proud that his establishment is completely green. He has 36 solar panels on the roof, which heat the water used in the laundromat. Not only does he own the world’s largest laundromat, but it might also be the world’s greenest!

The people of Berwyn see the World’s Largest Laundromat as a staple of the community. The laundromat doesn’t just clean clothes; it also provides a service as a community center. There are free donuts and coffee daily, free pizza on Wednesday nights, wifi, games, magic shows, video games, and even immigration forums that help prepare foreign residents for citizenship interviews. One of the best parts of the laundromat? There is a bird sanctuary. According to their website’s “who we are” section: “This is not a laundromat; this is the laundromat, the pride of our community.” They couldn’t have said it better.

Take a tour of the laundromat and hear from Mr. Benson himself in this video. The laundromat’s clown, Jose, even makes an appearance! Visit the laundromat in person at 6246 Cermak in Berwyn, Illinois. Bring your clothes, quarters, and an empty stomach on pizza night.