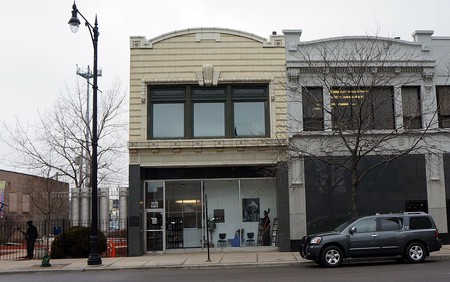 With the passing of Phil Chess, co-founder of Chess Records, in late 2016, Culture Trip takes a look back at the story of the legendary independent label that brought the Chicago blues of Muddy Waters and Howlin’ Wolf and the rock and roll of Chuck Berry to the world’s attention in the 1940s, ‘50s, and ‘60s.

Phil and Leonard Chess were born in Poland as Fiszel and Lejzor Czyż, arriving in America in 1928 and settling in Chicago where their father was working in the liquor trade. The brothers first got involved in the nightclub scene of the South Side in 1938, running a series of jazz clubs that culminated in the opening of the Macomba Lounge, which played host to many blues artists who were migrating to Chicago from the South.

Wanting to properly record and promote music so that it would not only appeal to the black community but also a wider audience, they bought a stake in Aristocrat Records in 1947. Each brother had a role within the business: Leonard was the talent scout and actively involved in the making of the music, with Phil overseeing the business side of the club and the offices of the label. Within a brief period, Aristocrat Records was on the map thanks to Muddy Waters, who had hits with “I Can’t Be Satisfied,” “I Feel Like Going Home,” and “Rollin’ Stone.” His success attracted more players to the city and the label, including the hugely influential Willie Dixon and Little Walter.

In 1950, the brothers became the sole owners of Aristocrat Records and renamed it Chess Records. The following year, they looked to build on their success by searching for talent outside of Chicago and became acquainted with Sam Phillips, who would later found Memphis’s Sun Records. Their greatest find in Memphis was Howlin’ Wolf, who, along with Waters, soon became the biggest name in Chicago blues. 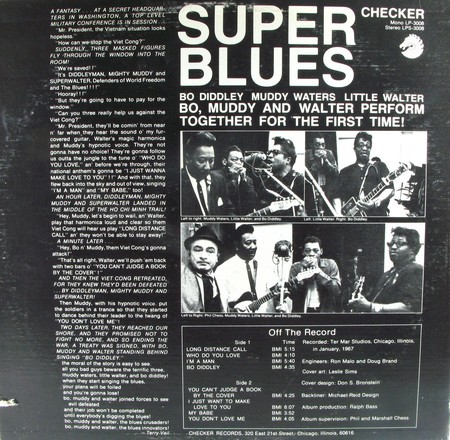 Phil Chess on the cover of Super Blues | © Kevin Dooley/Flickr

The year 1955 was another good one for Chess, signing legendary artists Bo Diddley and Sonny Boy Williamson, as well as a little-known guitarist and singer called Chuck Berry, whose first single “Maybellene” would go on to sell over a million copies and kickstart the rise of rock and roll music. They branched out further with subsidiary labels Checker and Argo, signing vocal groups such as The Flamingos, jazz artists and recording gospel music, as well as producing their first LPs in 1958.

Throughout the 1960s, Chess and its subsidiaries were prolific and hugely successful. Alongside the continued popularity of Waters, Wolf and Berry, young artists like Buddy Guy, Etta James and Otis Rush came on board to begin their own long and influential careers. Meanwhile, the brothers got involved in radio, initially to push their own acts, but Leonard eventually left Chess to concentrate on radio in 1968. Chess Records effectively ended the following year when the brothers sold the label to General Recorded Tape. Leonard Chess tragically died just a few months later, and Phil retired from the music business several years later.

The brothers were honored for the huge impact they had on the music industry a number of times over the years, being inducted into the Blues Hall of Fame and receiving The Recording Academy’s Trustees Award. Upon learning about Phil Chess’s death in 2016, the final word went to Buddy Guy, who told the Chicago Sun-Times, “…You can take a walk down State Street today and see a portrait of Muddy that’s 10 stories tall. The Chess Brothers had a lot to do with that. They started Chess Records and made Chicago what it is today, the Blues capital of the world.”