The Rise And Fall Of Chicago's Essanay Studios 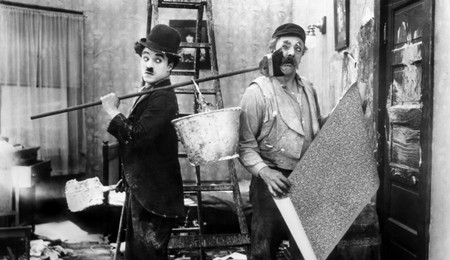 His New Job | © Employee of Essanay/Wikicommons

When Cinespace Studios in Chicago first opened its doors in 2010, many locals were thrilled. Cinespace has served as home for many television productions, including Chicago Fire,Shameless, and Empire. However, it isn’t the city’s first important filmmaking facility.

In 1907, George Kirke Spoor and Gilbert M. Anderson (the filmmaker-actor best known to audiences as Broncho Billy) joined forces and established Chicago’s Peerless Film Manufacturing Company, later known as Essanay, which stood for the “S” and “A” in their respective last names.

The original location of the studio was at 496 Wells Street. The first film made there was An Awful Skate, or The Hobo on Rollers. Filmed in July 1907, it marked the debut of actor Ben Turpin, who had been working as a janitor for the studio. The film was a hit and made Essanay an immediate success. 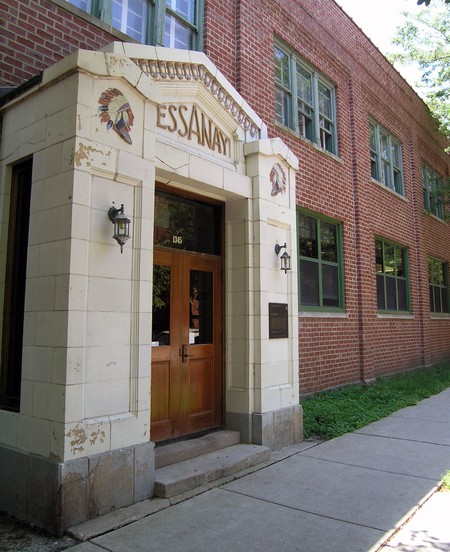 As a result, the studio was able to relocate to its better-known address at at 1333-45 W. Argyle Street in Uptown. Further success would later allow them to expand out west, creating the Essanay-West Studios. In the years the studio was in operation, they churned out over 2,000 short and feature length films. Some of its biggest triumphs included 1908’s A Christmas Carol, the first screen adaptation of Charles Dickens’s story; Midnight Disturbance, the first Sherlock Holmes film ever made in America; and the Frank and Jesse James Western The James Boys of Missouri. 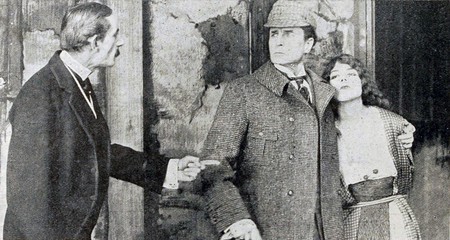 Essanay was home to some of the top stars of the silent film era, including Wallace Beery, Francis X. Bushman, and Gloria Swanson. Unlike motion pictures today, the studio was known to churn out multiple films each week. Additionally, these days, actors and actresses are typically under contract on a project-by-project basis, underneath the production company, not the studio. However, back in the early days of the 20th century, Hollywood’s biggest stars would have an overall deal, in which they were contracted to do a set amount of films for that particular studio (in which they would become a “day player”).

In 1914, a $10,ooo signing bonus helped Essanay lure Charlie Chaplin onto its books. “I think I’m going to like it here. Nice people, nice studio, etc. With conditions favorable, a man can do so much better work, you know,” Chaplin said at the time. On the strength of his fame, Chaplin was practically given carte blanche at the studio. In being allowed to direct his own scenes, the notoriously meticulous Chaplin could get a much greater sense of what would or wouldn’t work.

However, in January 1916 Chaplin parted from Essanay after the studio refused to meet his request to be paid $10,000 per week. Chaplin’s departure has also been attributed to Chicago’s unpredictable climate and the way the studio handled the negatives of his films. 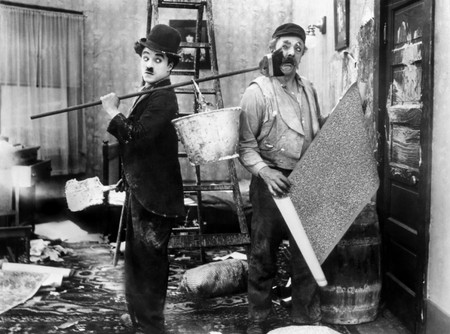 Chaplin at Essanay; ‘His New Job’ | © Employee of Essanay/Wikicommons

Nobody can say for sure that Chaplin’s leaving brought about the studio’s demise, but it does seem to be the most logical explanation. By 1917, most of the talent had left the Windy City for California. In 1918, Essanay was amalgamated with three other companies.

In the decades that followed, both Spoor and Anderson would (separately) receive honorary Academy Awards, to commemorate their establishing of Essanay Studios and the roles they both played. Finally, it appeared Hollywood was not about to overlook the towering stance that the Windy City once held in the business. In the 1990s, a whole nine decades after the Studio’s initial start-up, the Essanay site was declared an official Chicago landmark, complete with a plaque commemorating the building.

Today, the space is occupied by St. Augustine College, and houses the Charlie Chaplin Auditorium. Despite no longer technically being in operation (though the facilities can still be utilized somewhat as a smaller soundstage), the main entryway displaying their logo still stands tall. On the outside, it’s just a building displaying words that the average Joe who passes by probably wouldn’t recognize. However, on the inside is Chicago’s own little slice of cinema history.