The Most Historic Places to Dine in Chicago 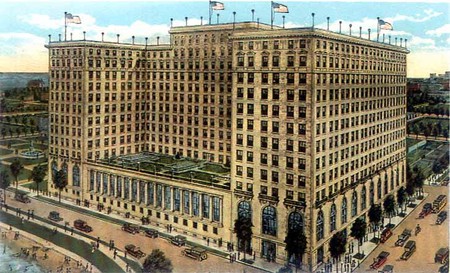 A postcard image of The Drake Hotel from 1920 in Chicago's Gold Coast. | © WikiCommons

The city of Chicago was officially incorporated in 1837. Known as a working-class town and the birthplace of meatpacking, the “City of Big Shoulders” has been in the business of whipping up hearty grub and strong cocktails for 181 years. Neither the Great Chicago Fire of 1871 nor Prohibition during the 1920s could slow down this Midwestern city – thanks in large part to the immigrant population. If you’re looking for a taste of Chicago’s resilience, diversity, and history, these spots are meant for you. 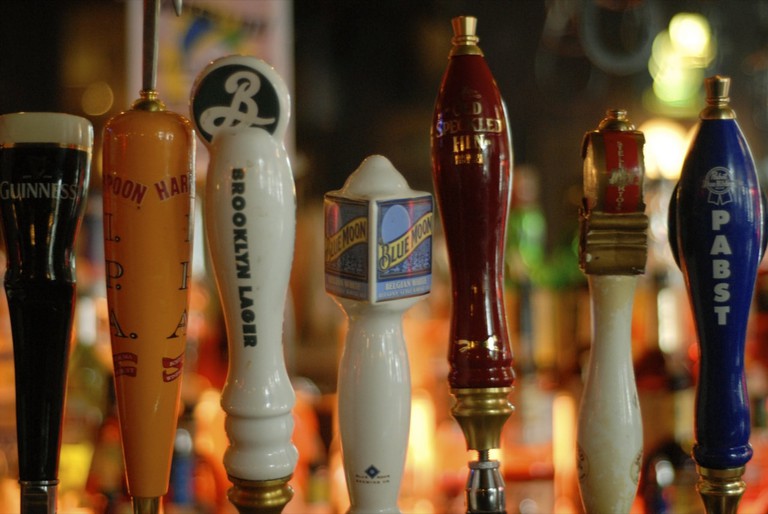 Located in the heart of the Old Town Triangle District, Marge’s Still is known as the oldest running tavern in Chicago. The wooden bar is the same counter used when the building first opened in 1885, though the rest of the structure has inevitably gone through renovations to keep the space functional. Through Prohibition, Marge’s Still managed to brew bathtub gin on the second floor, serve it to patrons in the basement, and keep it all secret from authorities. This sketchy speakeasy practice meant no windows at Marge’s Still during Prohibition; however, today there is plenty of sunlight and the gin is served out of bottles and in the open. Diners can chow down on everything from traditional burgers to gourmet salmon entrées, not to mention classic cocktails like French 75 martinis and Old Fashioneds. If you’re in the market to experience a slice of ancient Chicago history, Marge’s Still should definitely be your first stop.

Established in 1892 by an Irish iron worker named John Daley who came to the United States to work on the elevated train lines, Daley’s Restaurant has served countless meals in its 126 years. Daley instantly recognized the need for quick, hearty food to keep construction crews happy. His new restaurant became wildly popular. In 1918, Tom Kyros and Paul Emmanuel, immigrants from Greece, took over from Daley, working and cooking in the restaurant to keep up with demand. They refurbished Daley’s Restaurant in 1932, re-opening again in 1937 after a few hiccups with funding. Patrons today can order breakfast all day or choose from an extensive menu for dinner. Everything from T-bone steaks to inventive salads are available at incredibly reasonable prices. Daley’s Restaurant has stayed in the Kyros family since the 1930s, making it a great place for families of all sizes and shapes. 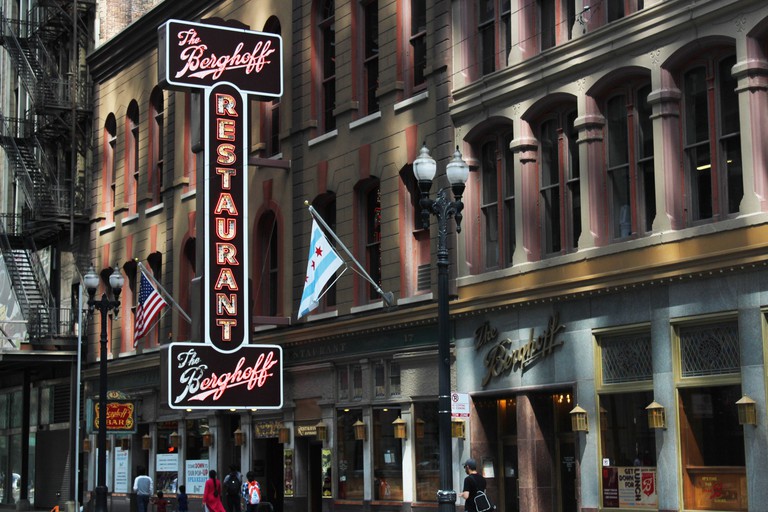 Owned and operated by the Berghoff family for more than 100 years, this Chicago staple has been in business since 1898. It all began when Herman Berghoff, a German immigrant, started brewing beer at an Indiana brewery. Once the World’s Columbian Exhibition got underway in Chicago in 1893, Berghoff set up beer stations at exits and entrances to the fair, selling homemade beers to visitors from around the world. As the beverages become more and more popular, a restaurant became the obvious—and necessary—next step. The Berghoff Restaurant started selling beer for a nickel. Each brew came with a sandwich, free of charge. The spot quickly turned into the best place for German cuisine in Chicago. During Prohibition, Berghoff manufactured “near beer,” a knock-off that kept business booming. The Berghoff then obtained the very first liquor license in Chicago after Prohibition was repealed in 1933. Patrons can view this original licensing paperwork on display at the restaurant in Chicago’s downtown Loop. 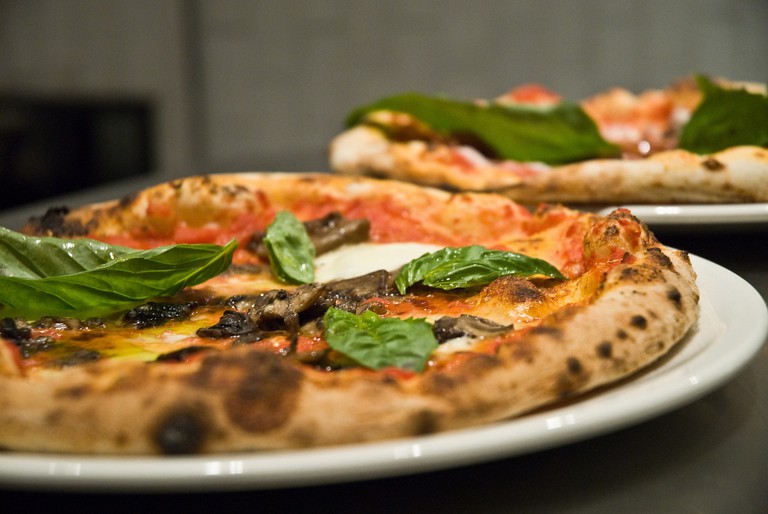 In 1909, this Italian restaurant on Chicago’s west side started out as a humble bakery run by Luigi Davino. Davino and his family lived in an apartment above Pompei, named for a local church, cooking authentic Italian breads and pan pizzas for customers daily. Since World War Two, Davino’s sons and their nephews have taken over the restaurant, expanding the menu to include southern Italian favorites like pasta, calamari, and an innovative version of a calzone called a “Pizza Strudel,” which uses less bread and more hearty sauce and fillings. In the 1980s, Pompei was one of the first restaurants to explore the “fast casual” dining trend, serving piping hot food to diners’ tables quickly. The family-owned business now offers catering and delivery services. Voted the Best Italian on Taylor Street, Pompei is a must-visit for foodies and families alike. 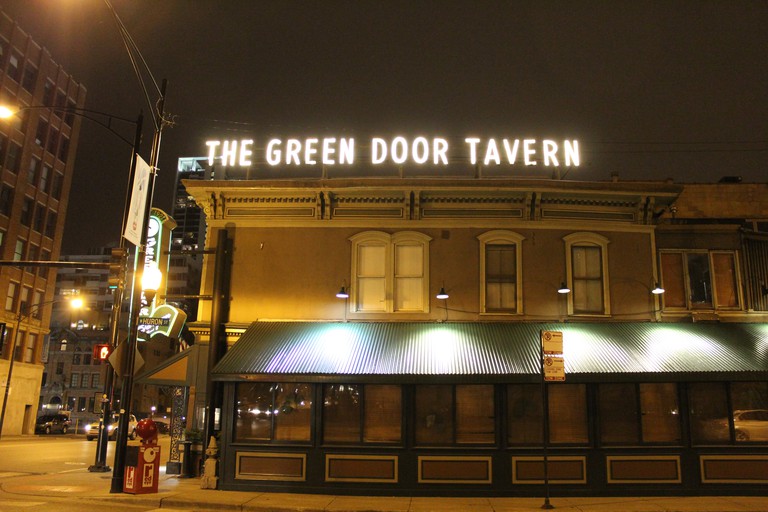 It’s impossible not to notice the distinct lean of The Green Door Tavern. Built in 1872, right after the Great Chicago Fire of 1871, this is one of the only wooden commercial structures still standing in downtown Chicago. Just after being built, the building settled, resulting in its signature tilt. In 1921, the establishment transitioned from a grocery store into a restaurant and bar. The iconic pub got its name because its front door was painted green during Prohibition, an indication liquor could be found somewhere inside. Today, the restaurant serves delicious food and patrons can sit at the bar on some of the stools original to the 1921 establishment. The walls—and ceilings—are also covered in memorabilia from years past, effectively creating three dimensional wallpaper along every wooden panel. For those with a taste for adventure, head to the basement and into The Drifter, a tiny speakeasy space reminiscent of the 1920s. Who knows what you might find inside… 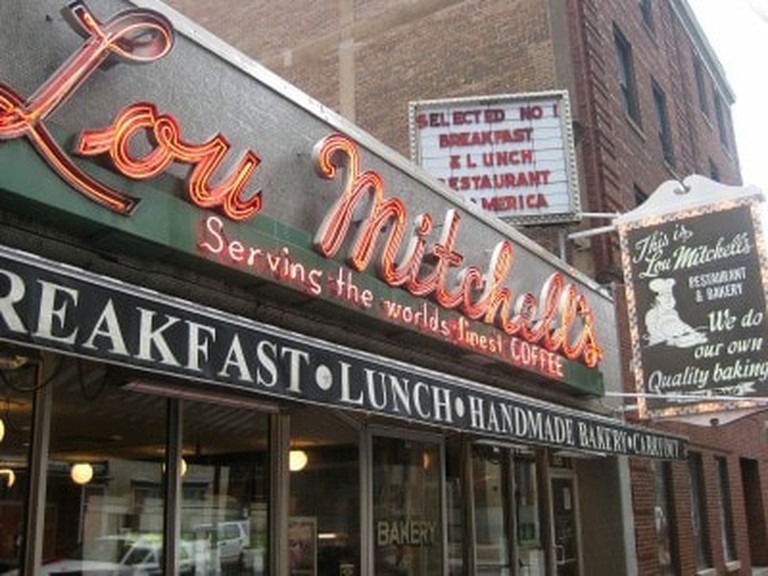 Lou Mitchell's in Chicago has been in business since 1923. | © Sheila Scarborough / WikiCommons

This is a classic diner if ever there was one. Located in Chicago’s West Loop, Lou Mitchell’s opened in 1923 and was the first place in Chicago to serve breakfast all day long. The diner’s serendipitous location put it directly along the original starting point of historic Route 66, a major throughway built in 1926 for travelers heading out west. Lou Mitchell’s began serving up filling breakfasts and lunches to hungry adventurers and hasn’t slowed down since. Lou Mitchell, a Greek immigrant, started the restaurant in the ’20s and eventually passed the business onto his son (also named Lou). The diner has landed itself on the pages of USA Today and Zagat as a must-visit Chicago restaurant, inspiring patrons from all over the world to give it a shot. Try the signature hand-cut fries with Greek feta cheese or the Greek sausage omelet. You’ll also probably snag a Milk Dud snack on the way in, a tradition that started in 1958. 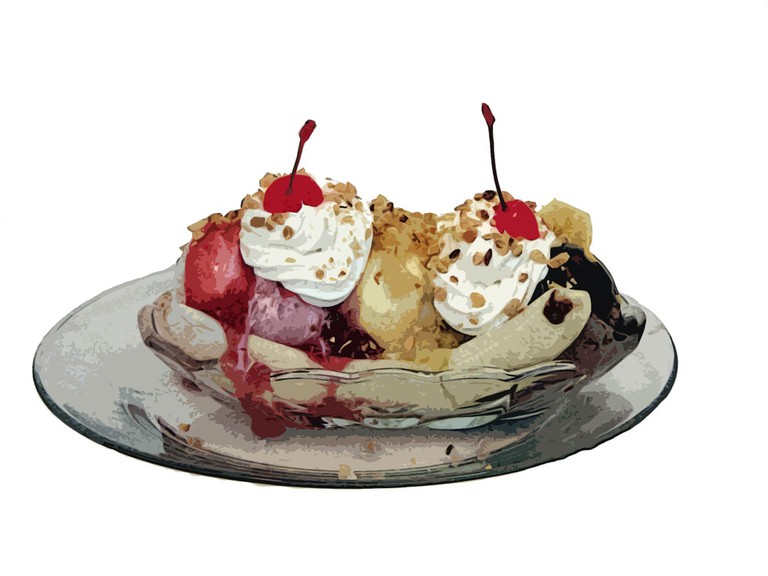 What better way to follow up a bowl of chili than with some delicious ice cream? | © Ralph Hogaboom / Flickr

Chili has been a hot menu item at Lindy’s Chili in McKinley Park since 1924. Duke Linderman’s original chili recipe (which offers patrons a choice when it comes to macaroni and beans) has stayed the same over the decades. The only thing that’s changed is the location: Linderman used to sell his chili and hamburgers out of a small stand. In 1974, Joseph Yesutis, a local business man, bought Lindy’s Chili at the same time he purchased Gertie’s Ice Cream. Gertie’s is an even older Chicago staple that’s been a go-to for ice cream, malts, and frosty desserts since 1901. Yesutis noticed Chicago’s extreme weather didn’t really call for chili or ice cream year-round. So, he clumped the two together into a single restaurant! Today, patrons get their fill of hot, hearty chili in the winter and cold, delicious ice cream in the summer, all in one convenient location. Or several locations, actually – there are seven Lindy’s Chili & Gertie’s Ice Cream shops throughout Chicagoland. 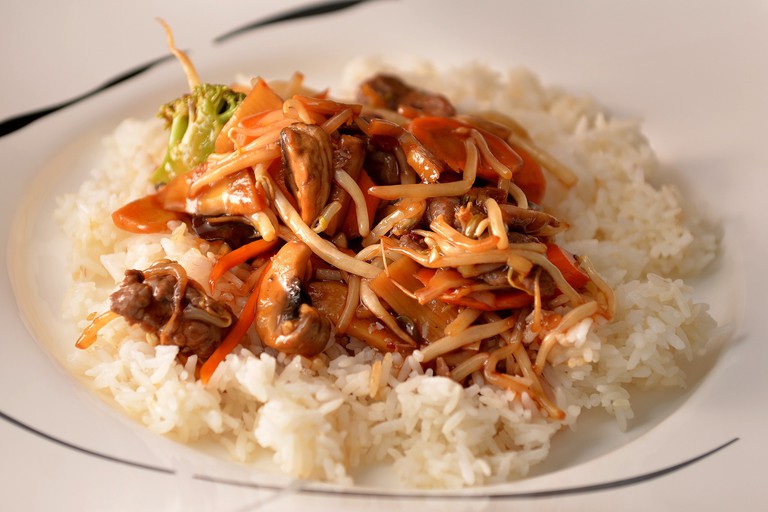 Though accounts differ on exactly when this authentic Chinese restaurant opened, there are two things everyone agrees on: Orange Garden is the oldest Chinese restaurant in Chicago and it serves delicious Cantonese fare. Some say the place opened its doors in 1924, while others claim operations didn’t officially start until 1932. It seems that prior to 1932, the restaurant simply operated under a different name. In either case, the original owner smartly designed the space as a nod to traditional, all-American diners to draw in more Chicagoans. The art deco décor, paired with one of the city’s first neon signs outside, gives off a cozy, welcoming vibe. Dishes such as chop suey, fried rice, and chow mein have remained on the menu for almost a century, getting upgrades here and there. The restaurant now serves super spicy dishes and offers vegetarian options. For anyone who can’t make it to Chinatown on the south side, Orange Garden on the north side is just as good – and a bit more historic. 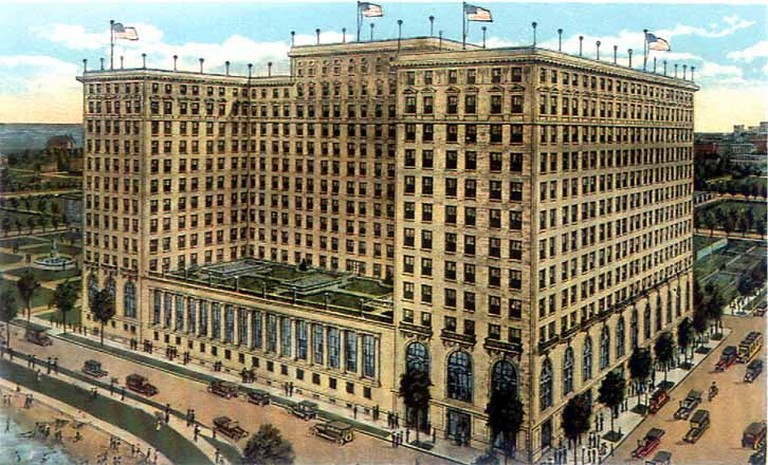 A postcard image of The Drake Hotel from 1920 in Chicago's Gold Coast. | © WikiCommons

Located inside The Drake Hotel, this seductive bar and restaurant was the second establishment to receive a liquor license in Chicago in post-Prohibition 1933 (see The Berghoff Restaurant above for the first!). Every weekend, patrons are treated to live piano music at Coq D’Or, a name that means “young rooster.” Coq D’Or has partnered with FEW Spirits, a distillery nearby, to create a delectable rye whiskey; you could even join the bar’s Whiskey Business club that offers members exclusive invitations to tastings throughout the year. Another perk? Philadelphia’s Bookbinder restaurant, which has been in business since 1865, has allowed Coq D’Or to serve its incredible red snapper soup since 1930. A perfect blend of tomato, roux, and fish, the soup was voted best in the city. This is certainly a swanky, classic Chicago spot for expertly mixed cocktails and a taste of the city’s history.