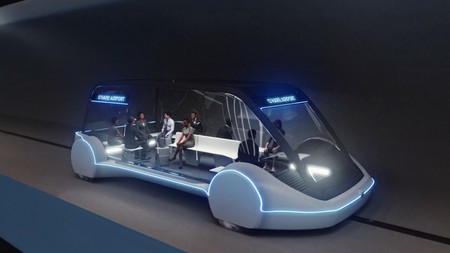 Elon Musk’s Boring Company has won its first major contract: to build a high speed transport system taking people from the city of Chicago to its O’Hare International Airport.

Trips from Chicago to its nearest airport currently take around 40 minutes by train, but the Boring Company’s underground tunnels system with electric powered pods will shorten that to as little as 12 minutes, the Chicago Tribune reports.

The system will be called the Chicago Express Loop. The Loop will transport passengers in what the Boring Company is referring to as autonomous electric skates, which travel at 125–150 miles per hour and will either carry between eight and 16 passenger cars or be single passenger vehicles. According to the Boring Company website, electric skates will leave as frequently as every 30 seconds and the service will run 20 hours per day every day of the week.

The skates are based on the Tesla Model X, and will be confined to a concrete track within the tunnel. The Boring Company will bear the costs of construction on the project, but will look to make that back in fares and advertising. It’s expected fares will be from $20 to $25 per ride, more than the current special fare for the train, $5. 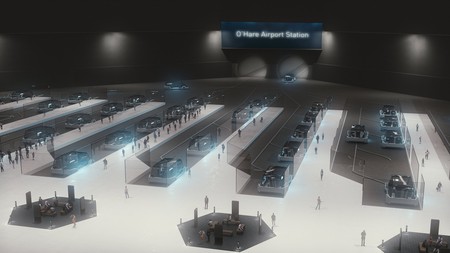 The proposed station | © The Boring Company

“Bringing Chicago’s economic engines closer together will keep the city on the cutting edge of progress, create thousands of good-paying jobs and strengthen our great city for future generations,” Mayor Rahm Emanuel said in a press release. “This transformative project will help Chicago write the next chapter in our legacy of innovation and invention.”

Musk established the Boring Company after becoming frustrated at traffic in Los Angeles. The billionaire abruptly announced plans on Twitter to dig massive tunnels under the city to make it easier to get around. Although, initially, it was uncertain if Musk was joking or not, The Boring company was eventually born and plans were developed for a vast underground transport system under L.A.

In L.A., the company has received permission from the city to build a 2.7 mile test tunnel and station alongside the 405 freeway. Permission was also given to dig up a parking lot in Washington D.C., and officials approved the Boring Company’s plans to dig a 10-mile tunnel under a state-owned portion of the Baltimore-Washington Parkway. But problems will arise when the company needs to dig under land that is owned by multiple parties and in different jurisdictions. For now, the Chicago system, which has the perfect set of legislative and practical conditions, will show the world what the Boring Company is capable of.