The Golden Age Of Chicago Mobsters

Culture Trip offers a brief introduction to the beginnings of the mafia and ‘Johnny the Fox,’ as Chicago’s crime scene set the stage for Al Capone. This is the first in a series of articles featuring the mobsters of Chicago. 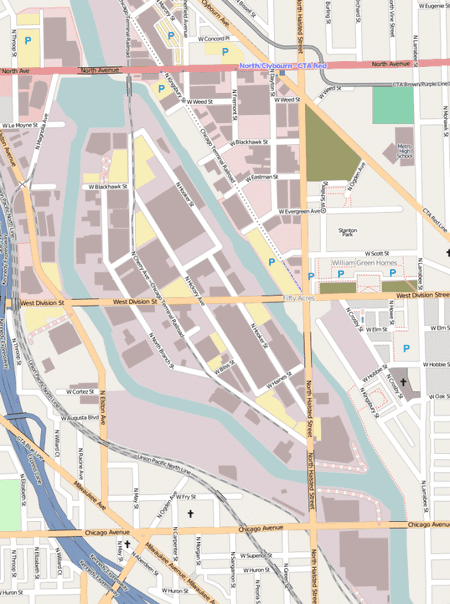 The roaring twenties in Chicago are famous throughout the world for two things: illicit alcohol and the mafia. The decade has been the romanticized setting for countless gangster movies and novels. By taking a close look at the beginnings of this era, you can discover how these circumstances gave the famous crime boss Alphonse Capone the opportunity to run the Chicago Outfit.

Telling the story of the Windy City’s romance with the mafia means going back to a time before the National Prohibition Act of 1920. The truth is that the city was already riddled with small-time criminals before the 1920s, and Prohibition simply paved the way for more intelligent, ruthless, and organized gangs to come to light.

At the start of the 20th century, respectable neighborhoods in the city today were morbidly nicknamed ‘Satan’s Mile’ and ‘Hell’s Half Acre.’ One of these, a neighborhood on Goose Island located below West Division Street and connected to the city at the Halsted and Chicago Avenue crossing, was a rough Sicilian region known as ‘Little Hell.’ This neighborhood was so revolting that the Chicago Tribune at the time called the intersection that led to it the dirtiest in the world. At the heart of ‘Little Hell’ was ‘Death Corner,’ an infamous spot that averaged about a murder a week in the 1910s according to the Chicago History Museum. ‘Death Corner’ was also a place where members from the Black Hand extortionist gang hung out.

No one was sure whether the Black Hand was a large group or a combination of smaller gangs. Regardless, both the people and the police felt that the group acted all across Chicago. Once the Black Hand suspected an individual of owning a business or having money, the target was sure to receive a letter demanding payment in return for the bodily safety of their loved ones. The police struggled with Black Hand crimes; there were few arrests and even fewer convictions. Although larger, more organized gangs were quickly rising, Black Hand activities lasted until the ’20s.

One such up-and-coming gang was lead by Sicilian immigrant Sam Cardinella, the group was known as ‘Il Diavolo’ (The Devil). The Devil’s Gang was far more organized than the Black Hand ever was, and carried out multiple robberies and a few murders. Cardinella is said to have created the template for future crime bosses by rarely participating in his own hits; instead, he relied on his gangsters to do the dirty work. According to William Griffith, author of American Mafia: Chicago, the big difference between Cardinella and crime lords to come was that he recruited mostly teenagers.

Cardinella had a constant stream of applicants walking into his poolroom, known by the newspapers as a ‘college of crime.’ Some, like Nicholas Viana, would commit their first murders just a week after walking into the poolroom. The assassinations performed by these brainwashed teens were described as almost ritualized, as if they belonged to a type of cult with a rigid set of rules.

Despite the code of silence, or omertà, that surroun ded the Devil’s Gang, the police began putting together a set of clues that pointed towards Cardinella as Il Diavolo. Those clues would later lead to his arrest and death sentence, putting an end to the gang in 1921. 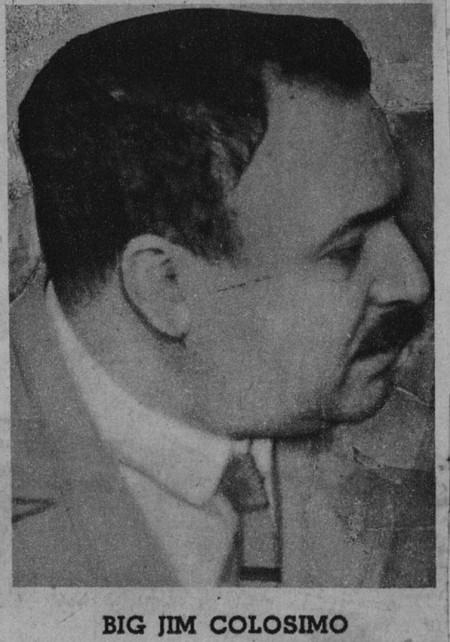 By 1920 groups like the Black Hand and the Devil’s Gang were in the shadow of more powerful groups that were allying themselves with local government. Eyes were now focused on Big Jim Colosimo, owner of a number of brothels and gambling houses in the First Ward and Colosimo’s Café, an upscale restaurant that criminals and socialites alike frequented.

In the early 1910s, annoyed at the persistent demands of the Black Handers, Colosimo called a cousin of his wife’s to become his enforcer. This man was New Yorker Johnny Torrio, a member of the Five Points Gang. Torrio left the gang and moved to Chicago, where he quickly dealt with the Black Hand.

Proving himself an intelligent man with an eye for business, Colosimo let Torrio manage most of his illicit businesses. One of these was the brothel the Saratoga, the profits of which were down. To improve the financial situation without changing the quality provided, Torrio decided to dress up the prostitutes in schoolgirl uniforms and up the prices. Profits rose, but not long after Torrio was arrested for managing the brothel. Due to lack of evidence (the girls wouldn’t testify), Torrio was let go. Colosimo was never arrested despite owning the business, possibly due to his connections with local government. Raids by the police of brothels and gambling houses were common, but rarely did anything come of them except for newspaper coverage. This was especially true during Mayor William Hale Thompson’s years, when he promised his voters to clean up Chicago; he was actually supported financially by Big Jim. 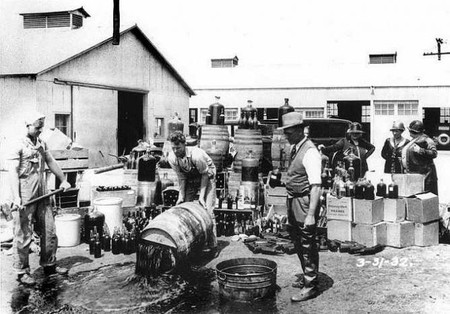 Big Jim owned vice houses, but the one thing he did not own were bars. The gangster didn’t believe in alcohol and made it clear to everyone in the organization that no one should touch it.

In 1920, just three weeks after marrying his second wife, Big Jim was assassinated in his own café. No one took responsibility for the hit, and the perpetrator is unknown. Several people were suspected, including one of the brothers of his first wife (who had been a former madam) as a revenge killing. All the police knew was that it hadn’t been a robbery, since none of his diamonds had been stolen from his body and a note had been left: ‘Deaths are dancing with deaths.’

Before Big Jim’s death, Torrio had begun creating his own empire. Since raids were mostly held in the same neighborhood, he decided to open his businesses well apart from each other, expanding his empire outside of the city itself. Nevertheless, his four-story headquarters, Four Deuces, was located near Colosimo’s Café. It included a brothel, gambling rooms, and a bar.

After Big Jim’s death, ‘Johnny the Fox’ became the biggest crime lord in Chicago. According to Griffin, he was arguably the greatest criminal mastermind the city ever created. Seeing the profit in illicit alcohol and the benefits of unifying various gangs, Torrio divided territories in the city between gangs such as the largely Irish O’Banion gang in the North Side. He also negotiated with breweries that were producing ‘near beer’ to create real beer that he would sell at his establishments. By bribing the police, who weren’t big fans of Prohibition, inspections of breweries produced no results.

When Torrio wanted to open new establishments in a certain neighborhoods in the suburbs, he was known to pay people handsomely. Sometimes he’d even pay off their mortgages and send men to repair leaks. By 1925, bordellos became places to buy liquor more than anything else.

However, despite the vice businesses he ran, Torrio was known to not indulge in any of them. By 6PM, he was home with his wife. According to legend, he never drank, solicited prostitutes or gambled. Once he stopped being an enforcer for Colosimo, he never even carried a gun. His wife was unaware of the type of businesses he ran, and to keep her ignorant, he was away from all his establishments in the evening. In order to keep them supervised, though, he hired a bodyguard doorman to look after the Four Deuces: the most famous Chicago mobster of them all, Alphonse Capone.