The Best Ways To Experience Fall In Chicago 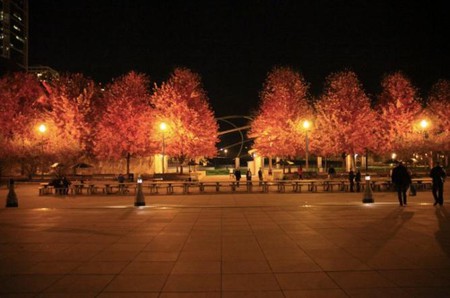 When asking a Chicagoan their favorite season, you will most likely hear them answer ‘fall.’ That’s because the city is beautiful that time of year, with vibrant colors of red and orange on every tree all around the city. The temperatures are mild, with crisp-clean mornings and just a hint of the chill that has yet to come. It’s the season that reminds you exactly why you moved to Chicago. Below, we share some of the best ways to experience fall in Greater Chicago. 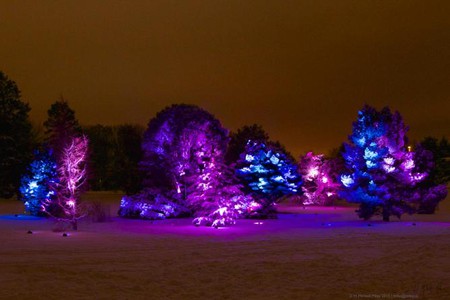 Located in Lisle, just 26 miles away from downtown Chicago, The Morton Arboretum boasts 1,700 acres consisting of gardens and collections of trees. Due to their great variety of trees, it’s the perfect place to watch the leaves change colors. You can do so in quite a few different ways, from a picnic under a tree to a bike ride on the arboretum’s trail. Bikes, carts and wagons are available for rent at the arboretum, and the nine-mile trail circles through the tree collections. The arboretum also hosts a multitude of events during the autumn months. Stop by their Cider and Ale Tasting or take a family-friendly Jack-O’-Lantern hike at night during the month of October. Come mid-November, the annual Illumination: Tree Lights at The Morton Arboretum begins. Walk around the arboretum and watch LED lights and trees respond to your voice and touch, a spectacle for the eyes.

Take a Walk at a Park

Lincoln Park, the park that extends along the coast of Lake Michigan with the city picturesquely behind it, is breathtaking during fall. City dwellers can enjoy a stroll or a run anytime; however, during Illinois’ peak 2015 fall colors, it’s even better. For the explorer, try visiting new parks near yet outside the city. For example, Cantigny Park, located 30 miles west of Chicago, is a 500-acre park with formal and informal gardens. It used to be the estate of Chicago Tribune publishers Joseph Medill and his grandson Colonel Robert R. McCormick but is now a public park with its own golf course. Scenes from the movies A League Of Their Own (1992), Richie Rich (1994) and Baby’s Day Out (1994) have been filmed at the park. Another park to visit is the Independence Grove in Libertyville. With a large lake and paddle boats that can be rented, trails to bike or hike plus its own café, it’s another great option found in North Chicago. 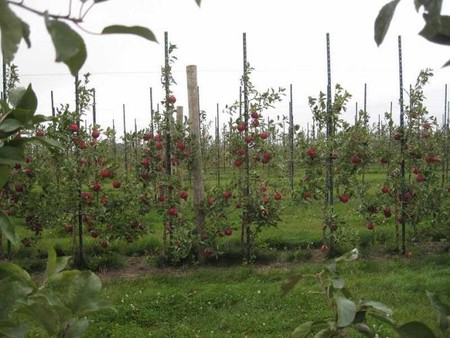 Apple picking is a fun way to spend a day with friends or family. You can pick apples for a delicious snack or to make your own apple pie, cider, or hard cider. Jonamac Apple Orchard in the west suburbs has 35 different types of apples, from sweet to tart, and a great variety of activities for children and adults. Enjoy one of their renowned apple doughnuts, which are always flying hot off the shelves, with some warm apple cider while you watch the children play on barn-inspired slides. Children can also go on a pony ride, pet a goat at the petting zoo, and launch apples with the apple launcher. Looking for pumpkins instead of apples? Jonamac has you covered. They offer a large selection of pumpkins in their pumpkin patch, from mini varieties to enormous ones.

Need a few suggestions of what to do with those leftover apples and pumpkins? A Beautiful Mess has a classic recipe for classic apple cider, which can be turned into a cocktail by adding some spiced rum. Apple and cinnamon muffins are a good alternative to apple pie and are great for breakfast, so try the muffins from this recipe, which have crisp apple bits and are easy to make. Meanwhile, Downeast Maine Pumpkin Bread is one of the most popular pumpkin bread recipes on allrecipes.com. It’s an old Maine recipe for moist, spiced bread that is even better the following day. 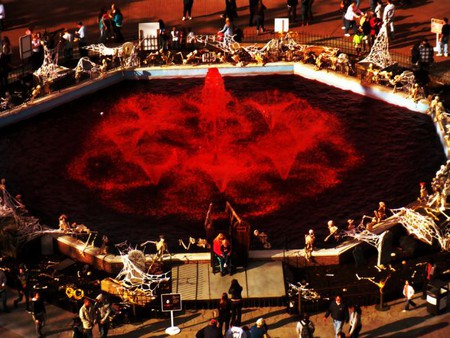 Visit a Haunted House in October

Chicago has great Halloween events, and these include haunted houses. Watch Six Flags Great America in Gurnee transform into its Halloween alter ego Fright Fest, with 200 monsters and ghosts set loose throughout the amusement park. Haunted houses, trick-or-treat trails and spooky rides are abundant, and guests are invited to dress up. Finally, Fear Fest is celebrating 17 years of screams and nightmares. In 2013, it was voted a top ten Haunted Illinois location, and this year they have two haunts in one location. Their main haunt is a traditional haunted house built in an 1830s barn, and their second haunt is a Haunted Hayride.