The Best Bars with Live Music in Chicago 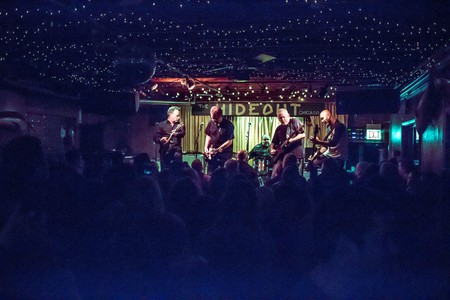 As a famous music town, Chicago has many bars where live music can be heard on a nightly basis, alongside many jazz and blues clubs, but which ones are the best? Here are our choices for music venues with great eats or drinks in Chicago. 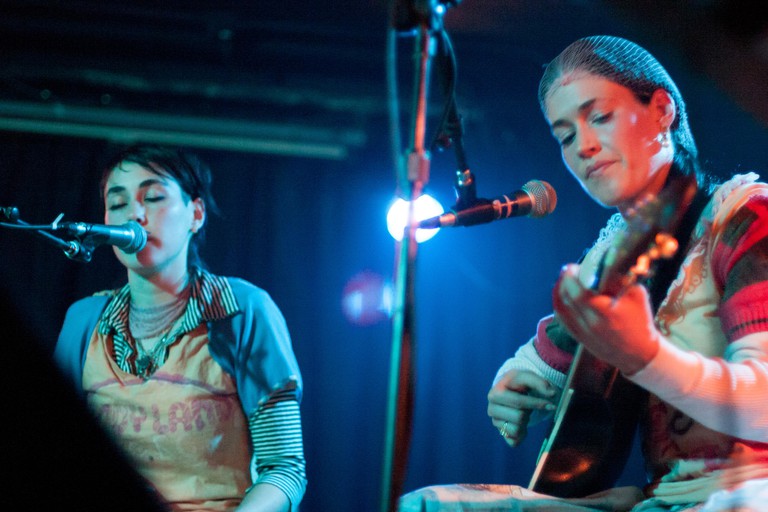 Catch a live act that could be huge in a few years at this indie-rock dive bar. | © Jim Newberry / Alamy Stock Photo
This intimate concert venue has been a staple of Ukrainian Village since 1992. Proudly described by the owners as a “hole,” this indie-rock dive bar has built its reputation on cheap drinks, a lack of pretension, a dedicated crowd and, of course, live music. Over the years, it has hosted a ridiculous number of bands that have gone on to become huge, like the Yeah Yeah Yeahs, The Flaming Lips, Vampire Weekend and The Strokes. The Empty Bottle is one of Chicago’s go-to venues for the hippest music, with craft beers and delicious cheap eats, known for having some of the best alternative concerts in Chicago.
Open In Google Maps
1035 North Western Avenue, West Town, Chicago, Illinois, 60622, USA
+17732763600
Visit Website
Give us feedback

Bar, Pub Grub
Facebook
Email
Twitter
Pinterest
Copy link
Share
Map View
Opened in 1954, Phyllis’ Musical Inn is the oldest music venue in Wicker Park. It is also famous for showcasing local bands. You can expect free live music most nights, with a cover on the weekend that depends on who’s playing. If hearing young Chicago bands while enjoying cheap drinks in a no-frills setting is for you, make Phyllis’ your next night out.
Open In Google Maps
1800 West Division Street, West Town, Chicago, Illinois, 60622, USA
+17734869862
Visit Website
Visit Facebook page
Give us feedback 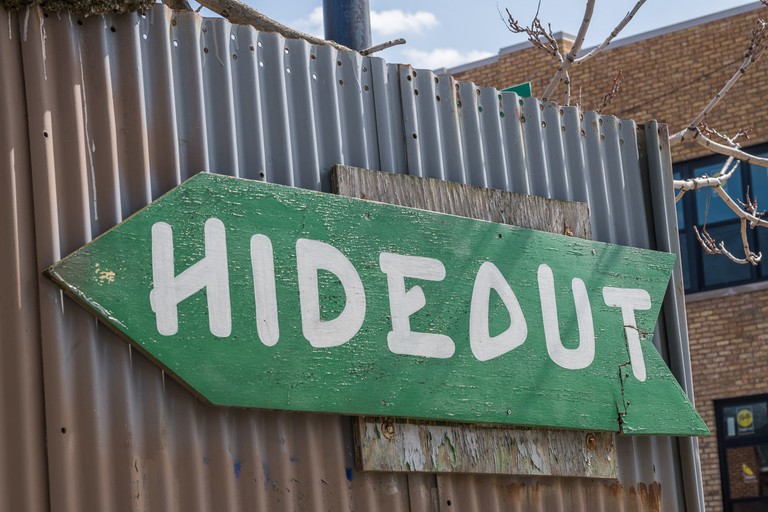 Patrons of The Hideout come here for the low-key vibes and great live music | © Serhii Chrucky / Alamy Stock Photo
The Hideout, called a “regular bar for irregular folks,” is located in a 19th-century house between factories and empty lots along the North Branch of the Chicago River. Chicago legends Billy Corgan and Wilco have performed low-key and unusual sets here over the years, alongside acts a wide array of genres and styles.
Open In Google Maps
1354 West Wabansia Avenue, West Town, Chicago, Illinois, 60642, USA
+17732274433
Visit Website
Give us feedback

Bar, Pub Grub, $$$
Facebook
Email
Twitter
Pinterest
Copy link
Share
Map View
Alongside the classy, retro interior and extensive range of classic cocktails, The California Clipper in Humboldt Park features live music most nights. A range of acclaimed acts play the Clipper, spanning soul, jazz, blues and more. Whether you settle into a booth bathed in moody red light or get up and dance with the regulars, you’re in for a quintessential Chicago experience.
Open In Google Maps
1002 North California Avenue, West Town, Chicago, Illinois, 60622, USA
+17733842547
Visit Website
Give us feedback

Bar, American
Facebook
Email
Twitter
Pinterest
Copy link
Share
Map View
Another Chicago institution, Roscoe Village’s Hungry Brain actually went out of business in 2014. But it soon made a comeback in 2016, offering the same improvised jazz shows that the bar had built its name on. It’s a quirky and intimate setting with a relaxed vibe and offers great value — many shows are free, the drinks are cheap, and you can bring your own food.
Open In Google Maps
2319 West Belmont Avenue, North Center, Chicago, Illinois, 60618, USA
+17736878230
Visit Website
Give us feedback 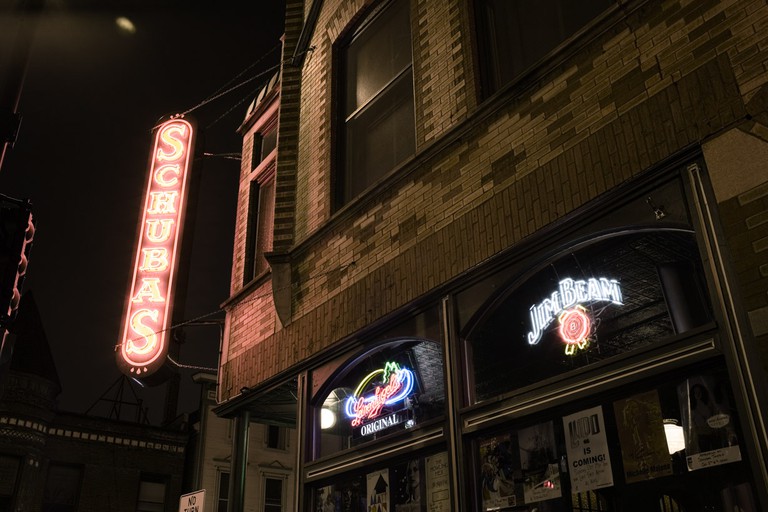 Schubas has a back area with a stage for those who want an up-close performance, or a front bar if you just want to hang out and have a conversation | Courtesy of Schubas
On the corner of Belmont and Southport in Lake View, the Schubas Tavern hosts bands from across the US and the world, but still provides an intimate bar setting. Don’t feel like paying the cover fee? You can hang out in the front bar and soak up the music and atmosphere from a distance.
Open In Google Maps
3159 North Southport Avenue, Lake View, Chicago, Illinois, 60657, USA
+17735252508
Visit Website
Visit Facebook page
Give us feedback

Restaurant, American, BBQ, Vegetarian, $$$
Facebook
Email
Twitter
Pinterest
Copy link
Share
Map View
Though it’s more a restaurant than a bar, live music seven nights a week and some of the city’s best barbecue make Smoke Daddy a must-visit on this list. Blues, jazz, alt-rock, folk, country and bluegrass are just some of the genres you can expect to hear every night of the week and on Sunday afternoons.
Open In Google Maps
1804 W Division Street, Wicker Park, Chicago, Illinois, 60622, USA
+7737726656
Visit Website
Give us feedback