Woodlawn Tap | © Kylio/Flickr
Whether you’re heading down to Hyde Park for its museums, parks, or the Neo-Gothic architecture of the University of Chicago, there are plenty of reasons to visit this South Side neighborhood. After a long day of exploring, it’s time to grab a drink to end your explorations. From self-proclaimed dive bars to billiards rooms, Hyde Park may not have a lot of bars, but it does have good variety.

Known as ‘Jimmy’s’ to locals, Woodlawn Tap is an institution in the Hyde Park neighborhood. This cash only bar is just north of the University of Chicago campus and is a favorite of the University’s older crowd. With the new comedy theater The Revival open on the same block, Woodlawn Tap is the perfect place to grab a drink after a show. If you go on a Sunday night, you might be lucky enough to see some live jazz performances as well.

Nestled in the basement of the University of Chicago’s campus, The Pub has 24 rotating beers on tap, more than 100 bottled beers and a wide variety of wines as well as a full kitchen serving all of your favorite bar food, from mozzarella sticks to tacos. The Pub’s Tuesday Trivia Nights are legendary, and even though this bar is located on a college campus, it has a very mellow atmosphere. However, if you aren’t a member of the UChicago community (student, alumni, or faculty), you’ll need someone who is so you can get in. Non-members and guests must pay a cover charge, which means the year-long membership is well worth your money.

If you’re Looking for a place with a little something of everything like old school bowling, a good sized billiards hall, and a full cocktail menu, then Seven Ten Lanes is the place to go. Decorated in an Art Deco style, Seven Ten Lanes feels a lot fancier than your usual bowling alley. 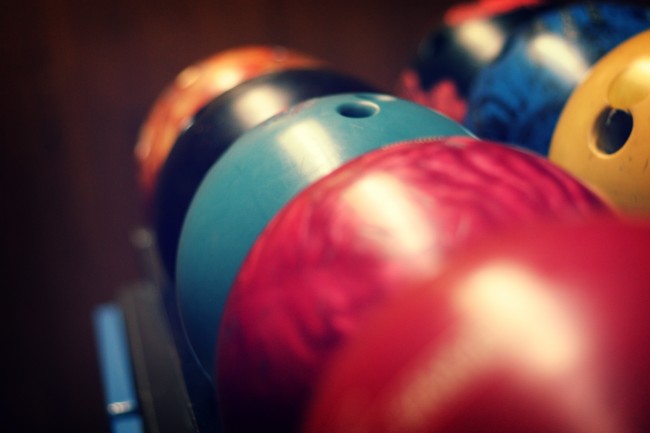 Bar, Pub Grub
Cove Lounge, Chicago | © Quinn Dombrowski/Flickr
Don’t let the fancy cocktail lounge sign fool you — the Cove Lounge’s website proudly describes itself as the best dive bar in Chicago. Thanks to their daily drink specials, the Cove is the place to go if you’re looking for a cheap pitcher of beer. This is a bar well suited for friendly meet-ups or watching a game, and for a dive bar, its beer selection is pretty varied.
More Info
Open In Google Maps
1750 East 55th Street, East Hyde Park, Chicago, Illinois, 60615, USA
+17736841013
View menu
Visit website
Visit Facebook page
Send an Email
Give us feedback
Give us feedback