The 5 Greatest Artists Of Chicago Blues 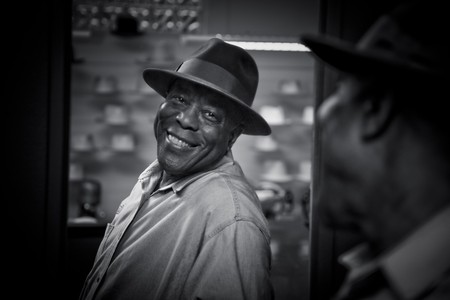 In the mid-twentieth century a new kind of blues music swept across the Midwest, with its epicenter in Chicago, that impacted the future of music as we know it now. Without these legendary artists listed below, along with countless others, there would be no rock’n’roll, no metal or punk, no alternative hip hop and no semblance of anything played on the radio today. These men came up out of nothing and took Chicago for a ride to change the music game forever.

Classic blues music moved, along with six million African Americans, from the rural southern United States, to the industrial North, West and Midwest during the Great Migration in the early to mid-twentieth century. With this came new branches of music, including urban blues and, eventually, Chicago blues. The sound, which developed into its prime from the 1930s to the 1950s, relies heavily on electric guitar, drums, harmonica and soulful lyrics.

Chicago blues artists typically got their start performing at open air markets and local house parties, before moving up into the numerous blues clubs that peppered the city’s South and West black communities. The most notable birthplace of many Chicago blues artists is the legendary Maxwell Street Market. Located around Halsted and Maxwell Street for nearly one hundred years, the expansion of the University of Illinois at Chicago (UIC), forced the city to move the market in 1994, and again in 2008. It now sits at Polk and Desplaines Street, where it remains a Sunday-only market that is free and open to the public.

Though the Chicago blues style has tapered off in the last forty years, the legacy it leaves behind will last forever. Chicago blues has been credited with being the biggest influence in the development of rock music, and greats such as The Rolling Stones, Eric Clapton and Jimi Hendrix have credited Chicago blues artists as inspirations. It was a large movement that lasted for the better part of a century, which implies a huge number of musicians deserve credit for participating. Here’s a closer look at five of the greatest to pass through and lay down roots in the Windy City in the name of blues.

McKinley Morganfield, better known as Muddy Waters, was born in Mississippi in 1910 and is considered the father of modern Chicago blues. His music is perhaps the most recognized in the genre and his long and storied career is packed with collaborations with every blues great. He moved to Chicago in 1943 to play music professionally and got his start by opening for popular name Big Bill Broonzy in local clubs, before exploding onto the scene in the 1950s. His song ‘Rollin’ Stone’ is credited for the namesake of both the rock band and rock magazine, and he even helped Chuck Berry get his first record contract.

George “Buddy” Guy was born in 1936 in Louisiana and has been recognized as one of the best guitar players of all time. He began performing in Baton Rouge, LA in the 1950s before moving to Chicago in 1957. He took inspiration from Muddy Waters and continued performing and recording in the ’60s and ’70s. The peak of his career came in the late ’80s during the blues revival movement, when he cemented his status after opening and operating his very own blues clubs in Chicago, Buddy Guy’s Legends. It still runs today where Guy performs an annual residency each January.

Chester Arthur Burnett, known as Howlin’ Wolf, was born in Mississippi in 1910. He learned to play guitar from legendary Mississippi Delta blues artist Charley Patton. His performing started in the South and in 1951 he moved to recording in Memphis, TN, where he first gained recognition. Chicago became his new home in 1952, where his career took off and he created songs that are now blues legends.

William James Dixon was born in Mississippi in 1915 and moved to Chicago for something other than the blues when he was 21. Dixon boxed professionally and only pursued music after meeting blues artist Leonard Caston at a gym, who convinced him he had a real talent. He went on to become one of the founding fathers of Chicago blues and had his songs covered by many famous rock acts, including Led Zeppelin, The Rolling Stones and Bob Dylan.

Ellas McDaniel, known as Bo Diddley, was born in Mississippi in 1928 and moved to Chicago’s South Side with his family when he was just five years old. He was a success story of the Maxwell Street Market, where he played during the summer in the mid-1940s. By the early ’50s he had moved up on the Chicago blues scene, collaborated with big-name artists, and recorded an album that was in instant success. His upbeat and grooving sound is said to be one of the biggest connections to modern rock’n’roll music as he was a major inspiration to artists like Elvis Presley and The Beatles.