The 10 Most Underrated Towns in Illinois 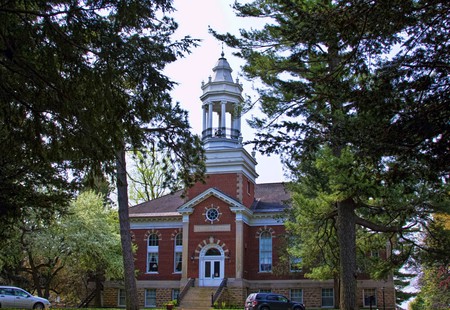 The midwestern state of Illinois may be renowned for many things – Chicago, Route 66, and the world’s largest catsup bottle, to name just a few highlights – yet its lesser-known spots also offer an intriguing insight into the Prairie State’s background and history. Here’s your need-to-know guide. 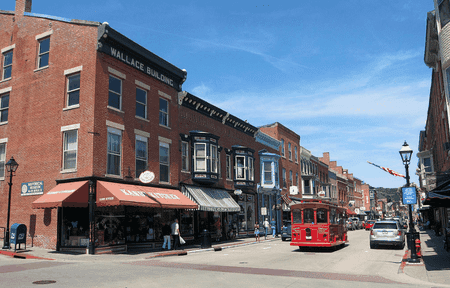 Ah, Galena! The historic, quaint jewel of northwest Illinois. This small town is known for its antique shopping and boutiques, as well as perfectly preserved 19th century buildings. Galena also has sprawling golf courses, luxurious spas, and some of the best skiing in all of the state. Galena is best at showing off its impressive history. Ulysses S. Grant spent a lot of his boyhood here when his family moved right before the Civil War. He then headquartered his campaign in Galena, so be sure to take a tour of the many Grant-related attractions while you are in town. There are several other historic houses and museums to visit, so Galena is definitely for the history buffs. End your sightseeing at one of Galena’s many wineries and then have a magical evening with Galena’s master magician P.T. Murphy at one of his amazing magic shows. 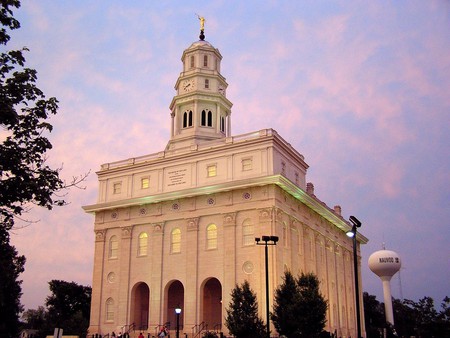 The small city of Nauvoo sits along the Mississippi River, but it’s best known for its great historical and religious significance. Nauvoo was once the capital of Mormonism – the town was founded in 1839 by the founders of The Church of Latter Day Saints. It thrived to a whopping population of 15,000, making it larger than Chicago. The city took a deep hit in 1844 when Joseph Smith was killed. This caused Mormons to disband and eventually several Mormon leaders took off to Salt Lake City, leaving Nauvoo behind. But Mormons weren’t the only religious settlers – Icarian, a French Utopian society, took over where the Mormons left off. In 1849 Icarians bought land from the Mormons and started their utopia until disputes from their leaders caused them to leave as well. Today the city is inhabited by modern Mormons who came back to the old site in the 1950s, building a new temple on top of the site of the original temple. Visit the historic buildings with a walking tour that brings history to life. After your tour, unwind at Illinois’ oldest vineyard Baxter Vineyards & Winery. One of the most unique activities Nauvoo has to offer is an archeological dig that anyone can take part in. 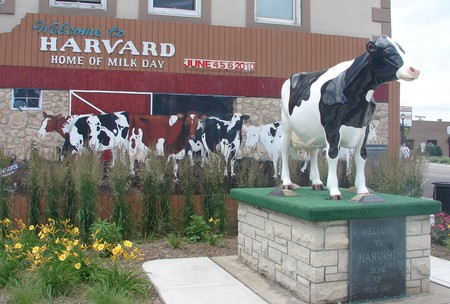 Another northwest Illinois gem, Harvard is the quintessential small town. It is the last stop on the Metra Union Pacific/Northwest Line from Chicago. This McHenry County town is full of bars, restaurants, and a notable family bakery worth visiting – you must get donuts and danishes from Swiss Maid Bakery! The town is most proud of the Milk Days Festival which they claim is the longest running hometown festival in Illinois, and celebrates all things dairy – tractor shows, petting zoos, fireworks, parades, rides and so much more happens during the event. 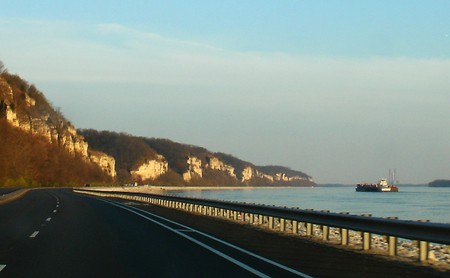 This river town sits proudly on the banks of where the Mississippi River and Illinois Rivers meet. Grafton, Illinois is a truly impressive small town that boasts restaurants, bars, and nature. There are water parks, ziplines, and enjoyable dinners to be had on the river harbor. Take a very short drive to Pere Marquette State Park which is the largest state park in Illinois with over 8,000 acres of wooded hiking trails. Driving to Grafton is also one of the most scenic drives in all of the Midwest. Get brunch at Piece of Quiche and prepare for a day of outdoor adventure in this gorgeous little town. Perhaps some ziplining, if you’re feeling adventurous! 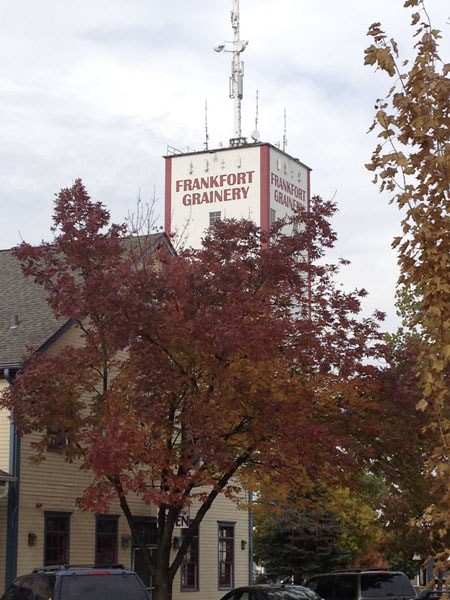 Downtown Frankfort is a Victorian-era treasure that is best known for its tall symbol: the Grainery. The tower is all that remains of the building that suffered a fire in 1985, but it is now the staple of the historic downtown section. The town prides itself on historic preservation and claims it is a community with 1890s charm. Its gorgeous downtown main street is right off the Old Plank Trail, a long bike trail that will take you all the way to Joliet. The green square in the middle of downtown Frankfort is best known for hosting huge summer farmers markets that local businesses flock to for selling delicious local food. Year round, however, this adorable town offers ice cream at The Creamery, right off the bike trail, and plenty of brunch spots to enjoy on a day of antiquing and boutique shopping. Frankfort is perfect for a girl’s day out complete with a trip to Pickwick’s Tea Shop for fresh tea and snacks! 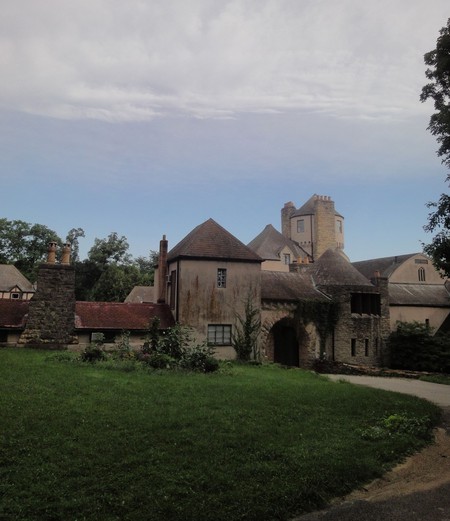 Oregon, Illinois is far away from Portland, but that much different. The very small town was settled by New Englanders in the early 1800s, so there is plenty of history here. Oregon was briefly renamed Florence in the 1830s when one settler compared the surrounding beauty to that of Florence, Italy. The name went back to Oregon, but the beautiful surroundings have stayed the same. This little town can also boast having had a famous Chicago artist fall in love with it. Sculptor Lorado Taft, whose work can be seen all over Chicago, founded an artists colony here in 1898 by the name of Eagle’s Nest Art Colony, on a bluff that overlooked the Rock River. Today the building is known as Lorado Taft Field Campus, but the artists left their mark all over the city including a gorgeous art gallery, lectures, plays, and paintings that are still hung in public buildings. Taft’s most famous work of art in the town is The Eternal Indian. The statue looks over Lowden State Park, so make sure you take a picture of this work of art while you’re going on a hike. Oh, one more thing: there’s a castle in Oregon. Stronghold Castle offers tours, retreats, and festivals to take you to an English tudor home right here in the Midwest.

Lemont is home to a number of local wonders. It has a large, welcoming Hindu Temple, an adorable downtown that feels like something out of the 1950s, and an unbelievable amount of greenery. Lemont and its neighboring cities share expansive miles of woods, creeks, hills and park districts that are perfect for a natural getaway. Most impressively, however, Lemont is home to Waterfall Glen Forest Preserve and Sagawau Nature Center which has the only dolemite canyon in the Chicagoland area. Because the canyon is such a precious piece of local nature to preserve, you can only explore the canyon through a tour. The best part about this is that the tours are free. Sign up for a Saturday morning tour the week before though, as they fill up fast and are well worth the trip. 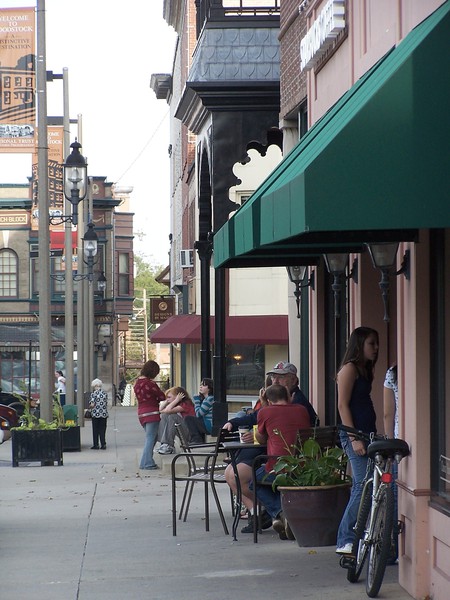 Does Woodstock, Illinois look familiar to you? That could be because it was the setting for Bill Murray’s hilarious comedy Groundhog Day. Woodstock loves its role as Punxsutawney, PA in the movie and has a yearly festival to commemorate the the movie called Groundhog Days. The town itself is listed in the National Register of Historic Places and was named a Preserve America Community by the White House. With these distinctions it should be no surprise that Woodstock is full of well-preserved quaintness. The town has several festivals to check out year round, so a visit during any season is sure to be fun, as well as an educational experience – the Challenger Learning Center for Science and Technology is open to people of all ages looking to enhance their STEM knowledge.

Mount Caroll is known as The New England of the Midwest. This adorable, tiny town with a population of just under 2,000 people has a gorgeous downtown historic area that hasn’t aged in decades. That’s because Mount Carroll is proud to have been entered into the National Register of Historic Places in 1980. The town is also the home of the Campbell Center for Historic Preservation Studies which is located in the former Shimer College campus. See a show at the nearby Timber Lake Playhouse which is the oldest summer stock theater company in Illinois, or take a stroll down Market Street and Main Street – when you’re done shopping you can stay in the iconic Hotel Glenview. Or if you’re brave, stay a night at Ravens Grin Inn which is said to be haunted.

This river town has history, nightlife, rivers and is a short driving distance to multiple state parks. LaSalle is one of the few cities in the country to border nine counties, making it a real crossroads of notable Illinois towns. Visit the Hegeler-Carus Mansion to take a trip back in time, or explore the Illinois River on a LaSalle Canal Boat. Cross the river the hike one of the most popular state parks in Illinois: Starved Rock. Been there before? Then check out Matthiessen State Park which is right next to it. There you can hike prairie, camp, and even go horse back riding. Stroll down 1st Street and have a meal at any one of the local restaurants such as Social Kitchen, Uptown Grill or The Dog House.