The 10 Best Restaurants In Palatine, Illinois

Agio’s dining room | Courtesy Agio Italian Bistro
It may one of Cook County, Illinois’ biggest communities, but picturesque Palatine is technically a village and despite its size still lives up motto, ‘a real home town.’ It boasts an eclectic dining scene to boot, offering hungry mouths everything from creative Latin eats and authentic Italian to American pub grub and award winning wings. Read on for a round-up of Palatine’s best local eats and where to find them.
George Clayson House, Palatine © Teemu008/Flickr

A downtown Palatine dining favorite, Artistic Cuisine offers an eclectic menu blending Argentinian and Italian cuisine alongside a list of carefully selected wines with a distinct South American bent. Its lunchtime menu features plenty of gourmet pizzas and sandwiches, while Artistic Cuisine’s artfully plated dinner options include the likes of homemade gnocchi with roasted tomato sauce and Argentinian-style steak with chimichurri, roasted potatoes and grilled vegetables. Keep an eye out for seasonal specials like grilled Atlantic salmon with avocado relish and beef bourguignon, and stick around for a dessert of traditional Argentinian dessert of flan con dulce de leche.

Restaurant, American, $$$
Add to Plan
Brandt’s Little Café had been a favorite meeting place (and feeding place) in town for almost 50 years. So when Palatine residents Walt Oswald and Jim Iuorio heard it was struggling, they stepped up and bought the joint, refurbished the 100-year-old farmhouse it calls home, then rebranded and reopened as Brandt’s of Palatine in 2013. Thankfully, they did a great job and the restaurant remains as popular as ever. The menu features plenty of pub grub classics like sandwiches, wraps, and quesadillas, though if there are a couple of must tries, it’s most definitely Brandt’s signature half-pound burger (topped with lettuce, tomato, onion, and pickle and customizable with extra toppings like cheese, bacon, and guacamole) and its BBQ ribs, they’ve even been featured on ABC News.
More Info
Open In Google Maps
807 West Northwest Highway, Palatine, Illinois, 60067, USA
+18474964388
Visit website

Restaurant, Italian, $$$
Add to Plan
Authentic Italian cuisine, a romantic and intimate setting, and one of the biggest wine lists in town, it is no wonder Agio Italian Bistro is one of the village’s best loved restaurants. Owner Joe Barrutia brings a wealth of experience to Agio (he’s also the owner of the 26-year-old Slice of Chicago next door) and this shines through, from the restaurant’s elegant dining room and charming patio to its tempting menu. Start with classic appetizers like calamari fritti and beef carpaccio before choosing from mouthwatering mains that include veal saltimbocca with prosciutto, sage, and fresh mozzarella and Agio’s house made cavatelli with shrimp, asparagus, and sun dried tomatoes in a zingy lemon pepper cream sauce.
More Info
Open In Google Maps
64 South Northwest Highway, Palatine, Illinois, 60074, USA
+18479912150
Visit website

It’s been hailed by diners as the best Mediterranean and Middle Eastern eats in the Chicago suburbs, and if classic Greek dishes and meaty kebabs are your idea of dining heaven, then Pita Pita Mediterranean Grill is the place to go. Take a seat in its airy, modern dining room and chow down on authentic appetizers like babha ghanouj and falafel, and hearty entrees such as chicken tawook (grilled chicken marinated in Mediterranean spices and served with grilled tomato and onion) or mnazeleh (tender cuts of beef sautéed with tomato and onion and served on a bed of eggplant). Only two desserts are served, baklava and qatayef, but they’re as deliciously authentic as any other Pita Pita dish. 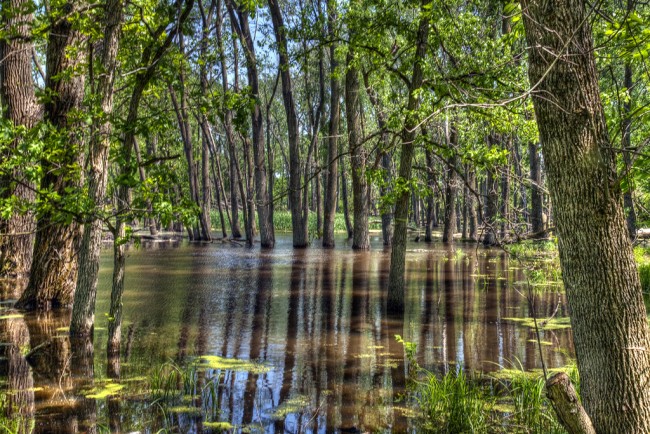 Bistro, Restaurant, American, $$$
Grove Kitchen has gained quite the reputation for its neighborhood bistro vibe and creative American eats. Located on the edges of the beautiful Deer Grove Forest Preserve (hence the name), Grove Kitchen is open for breakfast, lunch, and dinner. Early diners will find classic breakfast fare like pancakes, waffles, and eggs benedict, while the restaurant’s lunch and dinner menus feature hearty burgers and sandwiches, soups, fresh salads, and entrees like Angus skirt steak and grilled wild salmon. Cocktails and craft beers from the likes of Chicago’s Revolution Brewing are also served.
Looks like it's closed Hours or services may be impacted due to Covid-19
More Info
Open In Google Maps
795 W Dundee Rd, Palatine, Illinois, 60074, USA
+18477054910

Restaurant, Irish, $$$
Add to Plan
Sweet treats at Christie’s Dairy Delights | Courtesy of Christie’s Dairy Delights
Palatine’s resident friendly neighborhood tavern Durty Nellie’s started out back in 1972, but a move to its bigger, better venue a little over a decade ago saw it become one of the Chicago suburbs’ top music venues, welcoming big acts like Violent Femmes alongside a whole host of local bands. But we’re here to talk about the food, and that’s pretty good, too: classic, casual American eats are the theme and Durty Nellie’s burgers, including the Nellie Melt topped with bacon, white cheddar, and grilled onion, are a diner favorite. Beverage-wise, Durty Nellie’s serves over 100 craft beers from across the globe, including a few local beers from producers including Church Street Brewing Company and Ale Syndicate.
More Info
Open In Google Maps
180 North Smith Street, Palatine, Illinois, 60067, USA
+18473589150
Visit website

For the tastiest wings in the northwest suburbs, look no further than Gators Wing Shack. Put frankly, its wings are legendary; not only are 14 different varieties cooked up, they’ve also scooped up multiple titles at the annual Chicago’s Best WingFest, including the Best of Fest award four times. While its award-winning wings are a definite must-try, Gators serves plenty of other casual, tasty fare, too. Choose from eats like homemade pizzas, Angus beef burgers, baby back ribs, and a range of south of the border style dishes, and wash it all down with a brew from Gators’ monthly craft beer selection.

Restaurant, Italian, $$$
Add to Plan
Family owned and operated Italian restaurant Gianni’s Café has been delighting local diners with its authentic, homemade cuisine and upscale-casual vibe since opening in Palatine over a decade ago. Naturally, plenty of pasta is served alongside other classic Italian dishes like chicken cacciatore and veal parmigiana, but if the restaurant has a specialty, it’s most definitely its seafood. Pescatarians will be more than pleased with offerings like fresh raw oysters, shrimp Portofino and wild salmon almondine. Signature cocktails, wine, and craft beer make up Gianni’s drinks menu, and brunch with unlimited mimosas and Bloody Marys is served on weekends.
More Info
Open In Google Maps
18 West Station Street, Palatine, Illinois, 60067, USA
+18479911416
Visit website