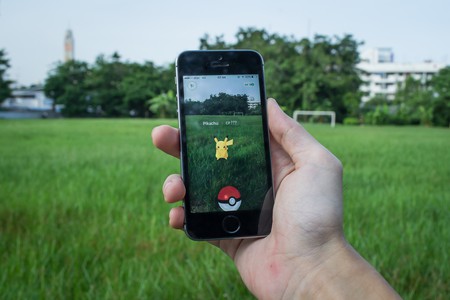 Attendees of a Pokemon Go festival in Chicago booed and jeered and were given refunds, as technical glitches dashed their hopes of catching rare Pokemon.

The event, held Saturday, was supposed to be a chance for fans to capture rare Pokemon, and the BBC reports as many as 20,000 people attended. But fans became disillusioned by the technical problems, and began chanting “Fix our game” and “We can’t play” at the event organizers. At one point a bottle was even thrown at a presenter on stage, although it missed.

Fans were promised a chance to catch new Pokemon, team challenges, an exclusive medal to unlock, and an opportunity to spend time with the global Pokemon Go community.

However, limited cell phone reception and server problems meant most fans were unable to log in to the game, and for those who did, the game crashed within seconds. Niantic, the creators of Pokemon Go and organizers of the event, offered ticket refunds and $100 in PokeCoins, the in-game currency.

Attendees were also told they would be given one of the most sought-after Pokemon in the game, a Lugia.

Tickets for the event, at Chicago’s Grant Park, sold out within 10 minutes of going on sale, and were being resold at huge markups.

Pokemon Go launched last summer and was an instant hit. The game, which uses location-based and augmented reality technology, has been downloaded over 750 million times, and is said to have made more than $1 billion in revenue. The game has been praised for encouraging users to get out into the world, as the Pokemon gamers are encouraged to catch are found in real world locations.