Podhalanka: How Wicker Park’s Historic Polish Restaurant Has Stood the Test of Time 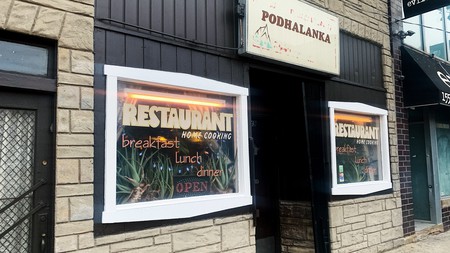 Podhalanka has stayed true to itself across the decades | © Jacquelyn Lumley

Helena Madej first opened her restaurant in Wicker Park’s Polish Triangle 33 years ago. While the surrounding Chicago neighborhood has radically transformed, everything about Podhalanka acts like a time capsule.

It’s lunchtime on a Tuesday, and a young man takes a seat in one of the red swivel stools at the counter for some cabbage soup. Owner Helena Madej greets another customer, an art student who stopped by to photograph the restaurant for a project. “My mom used to eat here all the time when she was pregnant with me,” shares the student. 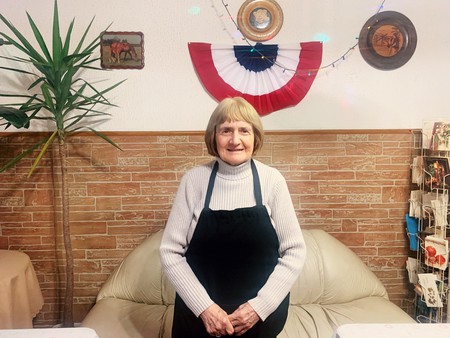 “Why would I go?” says Madej when I ask her why she stayed when so many other businesses around her left. “Some people tell me, you never should, nothing should change. We like it, this place. This is life. This is your life.”

Outside the door, thousands of commuters a day rush briskly to and from the Division Blue Line stop, most paying no mind to the faded sign out front. Madej’s life has existed inside this homely two-story building for almost four decades. She took over the lease in July of 1986 and moved in upstairs with a simple mission to make natural (chemical-free) food. She opened her restaurant downstairs, decorating it with vinyl paisley tablecloths and pinned-up postcards from customers, warmly lit with aromas of garlic and potatoes at all hours. 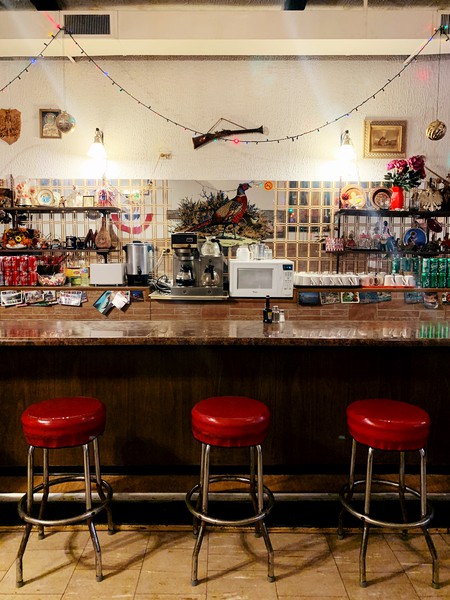 “Podhalanka is a place in Poland,” she explains. “It’s a beautiful green region between the mountains and Kraków.” Throughout the 1980s, Madej watched the owners of businesses surrounding the once bustling Polish Broadway at the three-way intersection of Ashland, Division and Milwaukee pack up and leave behind abandoned storefronts. As crime crept in throughout the ’90s, she faced it head on, often standing up to thieves with words of justice instead of turning them into the police. Madej never felt any reason to leave. Even as Wicker Park underwent its most recent renaissance, this time one where pioneers came in pursuit of lofted buildings and oat milk lattes, she resisted selling out. Instead, Madej kept things just as she likes them at Podhalanka.

“I stayed here because I like the business, and there are no problems anymore. We cook good food, and now I have good customers. A lot of people know about us, young people. Now everybody who comes here knows about white borscht, because I tell them about it. It’s a sausage with a taste that is a little bit sour.” She hands out a booklet of recipes to anyone who asks. “Pierogies, stuffed cabbage, potato pancakes, fried sausage… we make everything here. Natural food. I use natural vegetables – this is very important. Red cabbage, we buy it and we cut it, and we make it into salads here every day. No cans and nothing chemical.” 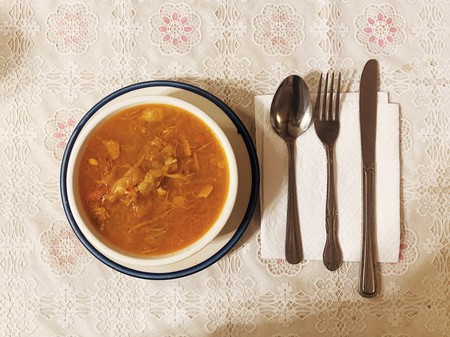 “There used to be a lot of Polish delis,” Madej reminisces. “Andy’s Deli on Division and another one on Ashland. It was Poles block, Division to Ashland.” In the late ’80s, she remembers people started coming in off the street asking for money. “Okay,” she reasoned, “I’ll give you food. Not money.” She recalls a time in 1988 when she was working alone in the shop when a man entered with a gun, demanding that she open the register. “I did not open the register,” she says with a laugh. “I made fun of him. I said, ‘Listen, I’m working here alone, and you come in to take money, from a woman? Shame on you!’ He slammed the counter yelling, ‘give me money! I will shoot you.’ I said ‘Yeah, you, shoot me? You know, I’ll tell you something, you’re walking outside; you’re free now. You don’t like being free? Okay, go to jail.’ He left, he walked out. I told him, ‘You better not torture my door, because I know you live here, too.’”

“I don’t like to make a lot of problems for other people, and that’s why people don’t make problems for me. Everything will come back,” she cautions. “You make it bad for him, then this situation will come back to you.” She recalls another incident in 1992 where a man entered her shop, again demanding money. By then, Madej had upped her security system to two German shepherds. “The man is standing there and I see his knife,” she recalls. Another woman who worked with Madej “is on the other side with one dog near the exit. So I go behind him,” she gestures, “and I take it. His knife. Sure. Out of his pants. I told him,” she lowers her voice, “You come to me, with a big knife, and what happens now? He pleaded ‘please, don’t call for the police, because I have three kids, pleassse pleassse.’ Okay. I told him, ‘You never come back because I’m not scared of you, or of another guy, nobody.’ Everybody sees it, I’m a strong woman. Almost every day the police stopped by, telling me, this not a good area, this is no good for you. But I stayed. Back then, to live here was very hard.” 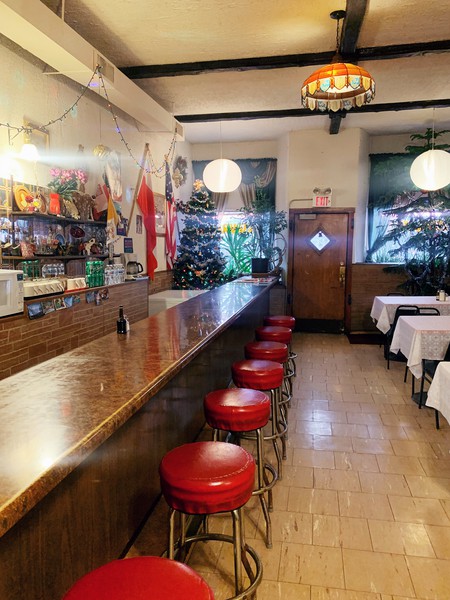 Madej has found no reason to change anything about Podhalanka, or sell out to anyone | © Jacquelyn Lumley

“It’s changed. People sold their houses and new people came. A younger generation. It’s quiet, no problem. Easy working, a couple steps from home upstairs,” she affirms. In the past 10 years, Wicker Park has increasingly topped lists of America’s hippest hoods. It’s hard to imagine Polka clubs and pierogi shops lining Division Street, once referred to as Polish Broadway. While staples like Alliance Bakery and Gold Star Bar are also historical outposts, these establishments have reformed greatly and switched hands over the years to greet new clientele. Madej has found no reason to change anything or sell out to anyone. Her home-style cooking and kinfolk hospitality are adored by many. I try to ask her what’s motivated her keep things constant when so many others found reason to change, but she can’t find the words. “I like it,” she concludes. “It’s a good life. I like it.” 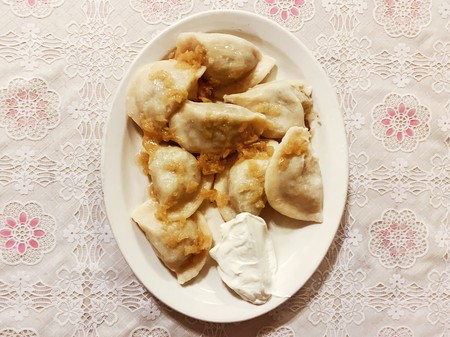