10 Iconic Artworks at the Art Institute of Chicago 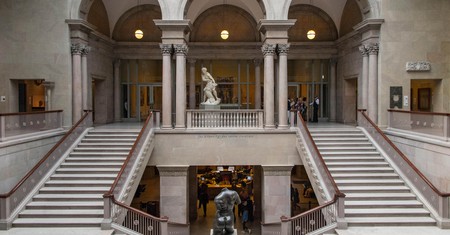 Chicago’s renown as an art destination is in large part thanks to the Art Institute of Chicago (AIC). Its many gallery rooms are lined with thousands of famous paintings, sculptures and photographs by the likes of Monet, Picasso, Renoir and O’Keeffe. Here are 10 famous artworks you mustn’t miss while you’re there.

‘The Bedroom’ by Vincent van Gogh

Although the original The Bedroom resides in the Van Gogh Museum in Amsterdam, he painted three versions, and the famous fixture at the AIC depicts the inside of van Gogh’s Yellow House in the South of France. A colorful representation of his own bedroom, the painting shows his simple lodging: a narrow bed, wooden chairs and a few framed paintings. 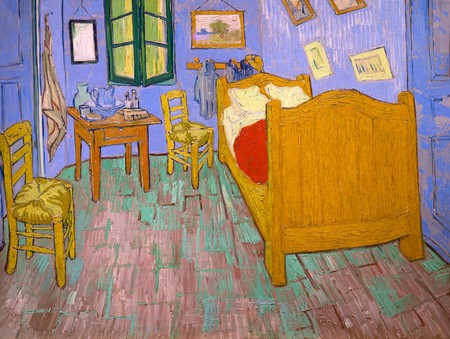 A Sunday Afternoon covers an entire gallery wall at the AIC. The expansive painting displays a casual scene of men, women, children and dogs enjoying themselves on the banks of the Seine in Paris, France. Seurat’s employment of millions of small painted dots to create the painting – known as pointillism – sets this painting apart. 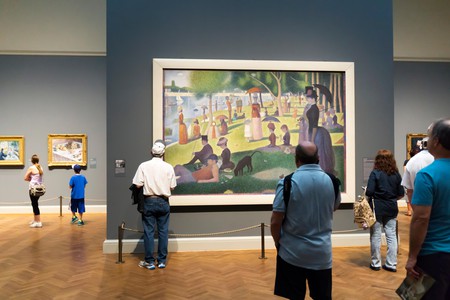 Visitors admiring A Sunday Afternoon on the Island of La Grande Jatte ? 1884 by Georges Seurat in the Art Institute of Chicago. | © UrbanImages / Alamy Stock Photo

Here, Edward Hopper painted one of the most famous works of art in the 20th century, planting three customers and an employee inside a diner. The bright yellow lights from the diner contrast with the quiet atmosphere on the vacant street, an oasis of bustling city life far removed from the stark emptiness of the darkness outside. Although Hopper has largely rejected the notion that this painting elicits a sense of human isolation, he has said that he was unconsciously crafting something that displayed the inherent loneliness of a big city. 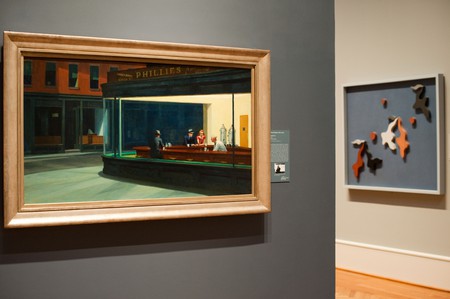 Grant Wood was enamored of a white cottage in Iowa, and he asked his dentist and sister to pose as farmer and his daughter in front of it. This highly stylized, detailed painting is a result of Wood’s study of Northern Renaissance art in Europe. It remains an excellent example of Regionalism, a movement in which American painters eschewed abstract art and instead favored paintings of rural America. 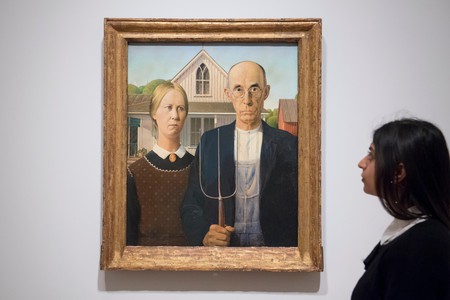 "American Gothic", 1930 by Grant Wood, at the preview of "America after the Fall: Painting in the 1930s", an exhibition of 45 seminal paintings chronicling the impact of the decade following the Wall Street Crash of 1929 | © Stephen Chung / Alamy Stock Photo

‘Mother and Child’ by Pablo Picasso

Shortly after his marriage to Russian dancer Olga Khokhlova and the birth of their son, Picasso painted a number of tableaus focusing on the theme of mothers and children. Here, Picasso depicts a baby snuggled in its mother’s lap, reaching out to her. It’s not a work of sentimentality, but of peace and strength. 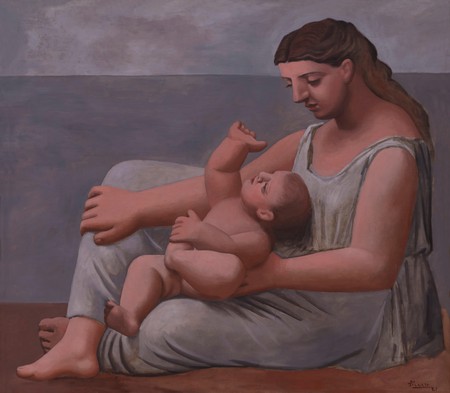 The AIC houses a small selection from Claude Monet’s world-renowned water lilies series, which encompasses over 250 oil paintings completed in the last 30 years of his life. The exquisite water scenes explore his range as a painter and showcase the flower garden and lily pond at his home in Giverny, France. Monet was one of the first Impressionists, and his work showcased his ability to capture natural light. 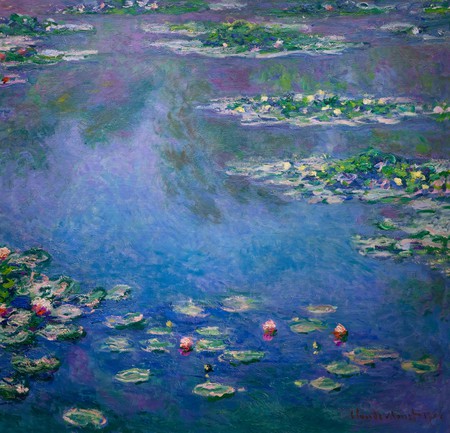 ‘The Child’s Bath’ by Mary Cassatt

This striking scene from Mary Cassatt arrived here at the end of the 19th century and made Cassatt the only American artist in an exhibition of French Impressionists. The painting exposes a touching, intimate scene of a child being bathed by a woman, and the subjects’ distinct, three-dimensional portrayal contrasts sharply with the flat background, amplifying the people and making them stand out. 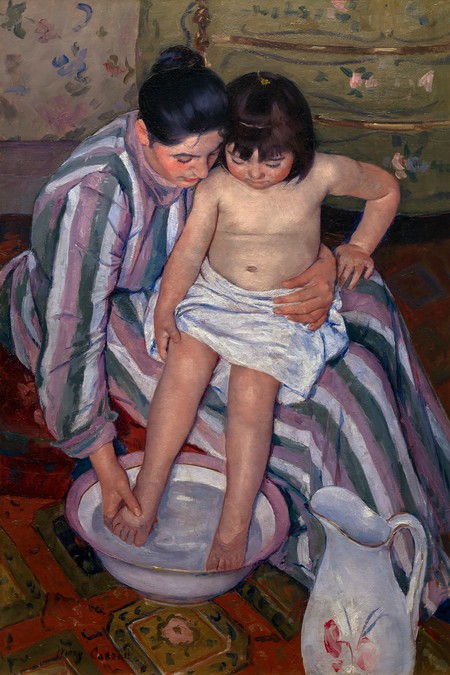 Caillebotte drew inspiration for this Parisian portrait after witnessing changes in the city. With the landscape shifting from rural to urban in the late 19th century, as hills were swapped for winding streets, Paris was transforming. The painting undeniably displays these changing times, and is rife with Parisians toting umbrellas and wearing modern fashions. 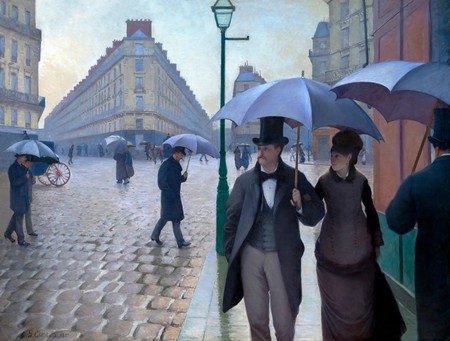 Painted as part of a larger series, ‘Sky Above Clouds IV’ was the final artwork in the project for O’Keeffe, and the biggest, clocking in at 24 feet (seven meters). The works were inspired by O’Keeffe’s first trip on an airplane, where she watched the clouds passing by below her. Soon after, she started painting, dedicating a number of canvases to these small white puffs of cloud.

‘Day of God’ by Paul Gauguin

Although Gauguin was based in France, he traveled to the South Pacific and painted a number of works focusing on Tahitian people. ‘Day of God’ centers on an idol of the goddess Hina, who is surrounded by women dancing. Below her, a woman bathes next to some sleeping people, dipping her feet into water tinged with reds, yellows, greens and oranges. 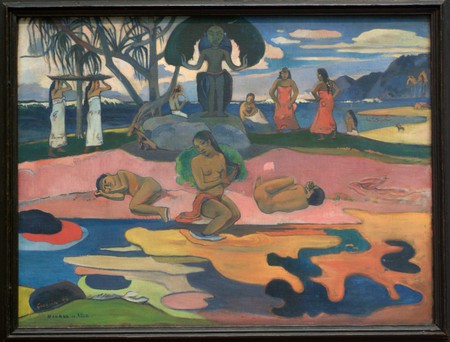 This article is an updated version of a story created by Elizabeth Newhart.