Mac Blackout (aka Mark McKenzie) is a Chicago-based artist, musician, and workaholic. Over the past decade, he’s fronted countless bands, including Functional Blackouts, Mickey, Mac Blackout Band, and solo projects, while simultaneously making a name for himself as a psychedelic street artist throughout the city, from tree stumps and beyond. The Culture Trip recently got a chance to interview this local creative. 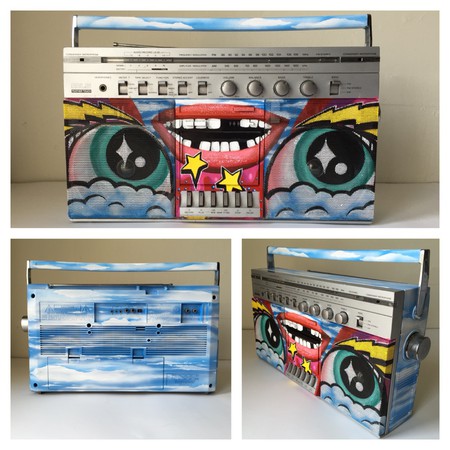 How did you get started in developing your psychedelic street art style?

I started writing graffiti in 1993 and continued through the early aughts. From there, I got involved in the Chicago rock ‘n’ roll scene, founding a number of bands (Functional Blackouts, Daily Void, Mickey, MBB). I’ve been really involved in the music scene making flyer, poster, and record cover art. All of these experiences have led to the style I have now. Recently, I’ve focused on visual art, painting anthropomorphic boomboxes, tree stump street art, and murals.

What inspired your hand-painted boomboxes or ‘doomboxes’?

I was at my day job in the early aughts, and my old boss had left a boombox behind. A coworker and I started kicking it around out of general office frustration. I grabbed a bottle of white out and scrawled some eyes and fangs on it. That box became my band’s tour boombox. A few years later, I started painting nicer boomboxes, and I’ll be nearing my 100th one soon. 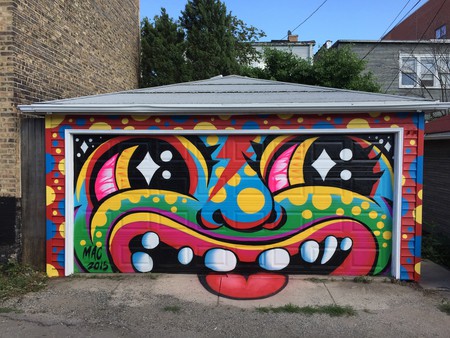 I have big plans for next spring. I’m currently working on some large scale mural proposals. Basically building on the anthropomorphic ideas from my boomboxes and taking it to a much larger scale. Keep your eye out next summer in Chicago. If anyone is interested in having their building painted, feel free to contact me. I plan to be painting murals internationally in the next few years.

I’ve always wanted to design a public park. I have some plans for it, but I’m not going to give them away just yet. 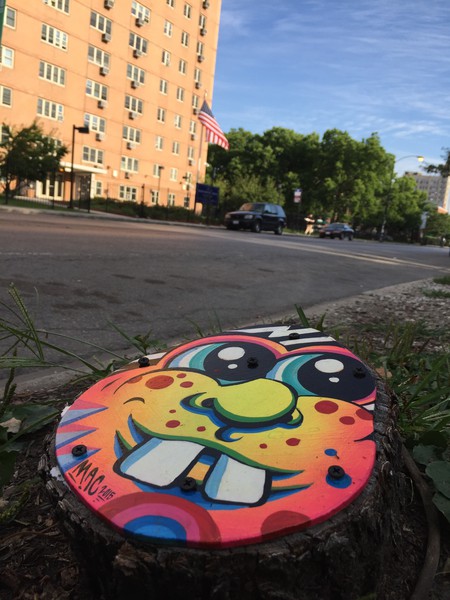 My wife Alison, some kind of solar-powered boombox, with a keyboard attached, loaded up with tunes (a golden calf of sorts), and a tool box filled with all the tools we’d need to create and survive.

How would you describe yourself in 80 characters”

I wish I could use emojis but here goes… this should be 80 exactly: 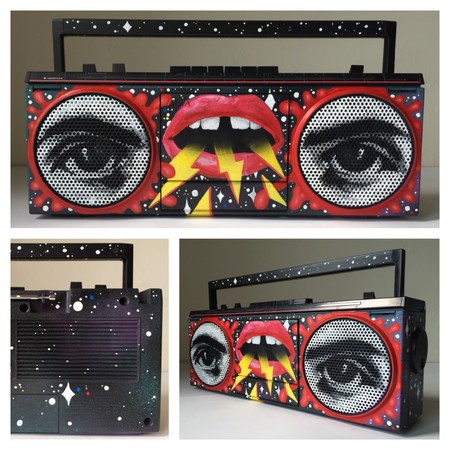 Harry Potter or Game of Thrones?

Sherlock… has a cool hat.

Train… a better slower moving canvas in general… although I’ve always wanted to paint a plane.