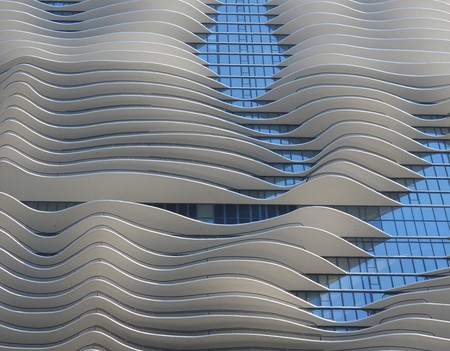 Making an impact in a city full of skyscrapers is no small feat, but that’s just what Jeanne Gang did with Aqua, arguably the most exciting new building to open in Chicago in recent times. Now, she’s aiming even higher with Vista Tower, set to be the city’s third tallest building when it opens in 2020. But how did this Illinois native rise to the top?

Gang grew up in Belvidere, Illinois, a small town approximately 75 miles northwest of Chicago, but visited the city regularly. She told Architectural Digest in 2014, “I realized early on that I was really compelled by dense built environments.” She began her education in architecture with a bachelor’s degree from the University of Illinois at Urbana-Champaign, graduating in 1986. From there, she studied urban design at ETH Zürich as a Rotary Ambassadorial Scholar before attending Harvard to get her master’s. 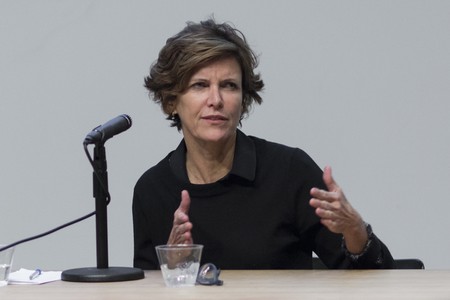 After working for famed architect Rem Koolhaas in Rotterdam for two years, she founded Studio Gang in 1997. The young firm opened the Bengt Sjostrom Starlight Theatre in Rockville and Zhong Bang Village in Shanghai in 2003, and it went on to put up exciting buildings around the globe, from India to Taiwan, throughout the decade. The firm continued to grow with prominent upcoming projects in San Francisco, New York, and BrasÍlia—but in no place has she made a greater mark than in the town she calls home.

#tbt of our Bengt Sjostrom Starlight Theatre. Completed in 2003, the design maintains the tradition of open-air performances at @rockvalleycollege while offering new flexibility and comfort, allowing the company to extend its season and guarantee performances. #fromthesgarchives #studiogang 📷 Greg Murphy.

Chicago’s Aqua, her first skyscraper, was offered to her under unusual circumstances after a chance meeting with developer Jim Lowenberg. She took the opportunity and ran with it to create a compelling structure unlike anything in the city, featuring a number of clever engineering feats. When it opened in 2009, Aqua won Skyscraper of the Year and achieved a number of important milestones in the male-dominated industry: it was the largest project ever awarded to an American firm headed by a woman, and the tallest building in the world by a woman. That these records have since been broken may be the result her work’s impact.

The same year saw the opening of the popular Nature Boardwalk at the Lincoln Park Zoo, and Studio Gang work has since spread across the city, including a student accommodation complex and an apartment building in Hyde Park, two boathouses on the Chicago River, and the Writers Theater in Glencoe. 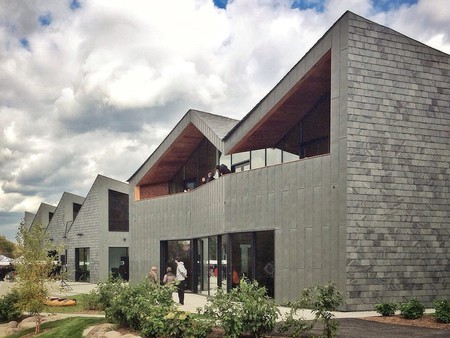 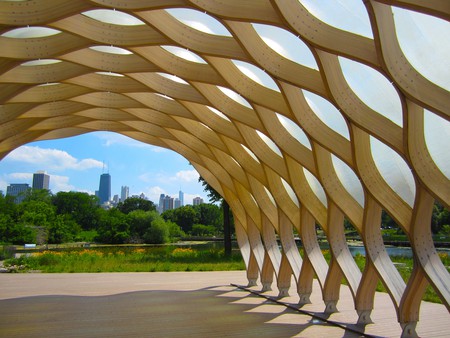 Gang has been equally successful on a personal level as well—she was awarded a MacArthur Genius Grant in 2011 and named 2016 Architect of the Year by the Architectural Review. She has also authored two books, Reveal and Reverse Effect: Renewing Chicago’s Waterways, and taught at Harvard, Columbia, and Rice universities.

When it opens in 2020, the Vista Tower will top all of her buildings to date and is set to be Gang’s second time designing the world’s tallest building by a female architect. Vista will be a trio of towers, the tallest of which will be 93 stories, with wavy façades and will further cement her reputation as the latest in a long line of Chicago-based architectural masters.