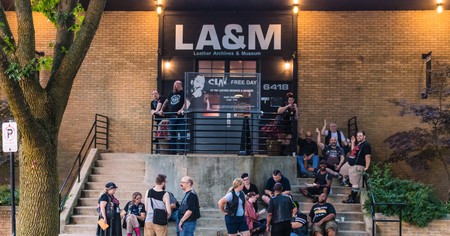 Parrish Turner
Us Books Editor6 May 2019

The Leather Archives and Museum currently resides in a former synagogue, a nondescript building on the edge of a residential Chicago neighborhood. The first room of the museum is a small auditorium space where local chapters of leather organizations meet and presenters come in to teach classes on topics such as bondage and power exchange. The walls are lined with murals by Etienne (Domingo Orejudos) that once graced the walls of Chicago leather bars depicting muscular men in tight leather pants emphasizing their packages. 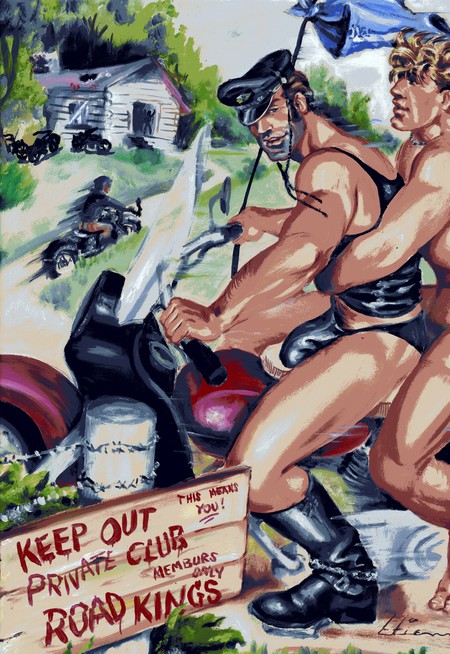 Today’s leather culture grew out of the post-WWII motorcycle clubs and gay communities of the 1940s and ’50s as networks for gay men to meet, but anti-gay discrimination at the time meant that these networks also became critical for protection. In the 1970s, leathermen, as they would come to be known, began holding events and pageant-like competitions. Taking aesthetic cues from biker culture, leathermen wear uniforms of leather jackets with patches signaling clubs they are members of and honors they have earned. Leather culture has expanded beyond the gay male community to encompass people of all genders and orientations, but because of the clandestine nature of this community, most of the materials and history weren’t officially preserved before the Leather Museum. 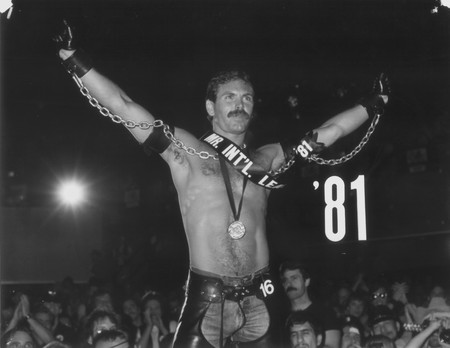 “It was created specifically to be a repository of the histories of marginalized populations of leather and kink,” says Gary Wasdin, the museum’s executive director. “It started as things often do, in a basement, a living room, then a little tiny storefront before getting the big space here. The museum concept didn’t come until they got here and had the space to do it. Our primary purpose for existing today continues to be the research archives and having a place to preserve the history of people and organizations that are left out of other organizations.” 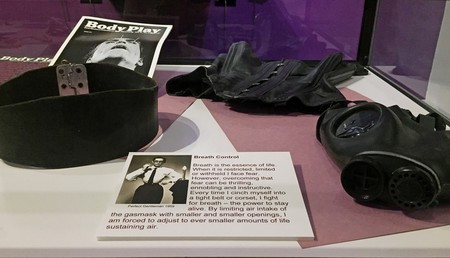 “Some people who are part of either the leather community or the kink community are coming just to see their own history, learn about it, recognize names and places they see,” says Wasdin. “[But] the vast majority of the visitors are people who are new and just curious and want to learn more. We still live in a world where it is taboo to talk about sex, especially anything related to non-normative sex. [Having] such a sex-positive place where we are comfortable and happy and celebrating all of the incredible kinky things people do is pretty remarkable. People find it very freeing and exciting.” 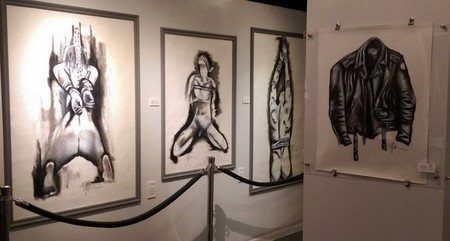 The leather community, as it is understood today, formed in the 1960s with the advent of the sexual revolution, especially among gay men. Leather bars and dungeons where people could have sex in public sprang up in most major cities across the United States. But in the 1980s, fears generated by the AIDS crisis caused many bars and clubs to close. The rise of the internet subsequently lowered the demand for physical spaces for individuals to meet, meaning more leather bars closed down. The Leather and BDSM community continues to grow, however, and has been boosted by phenomena like the Fifty Shades of Grey books and films. As public interest grows, the Leather Archives and Museum continues to offer a place for education.

The museum was founded by Chuck Renslow, an influential figure in the Chicago leather scene. When his long-time lover, artist Etienne, died from AIDS-related complications in 1991, Renslow was left with a large collection of erotically charged art. Its subject precluded interest from institutions, so Renslow partnered with Tony DeBlase, another Chicago leatherman, to found the Leather Archives. Renslow also went on to found one of the largest kink events in the country, International Mister Leather (IML). 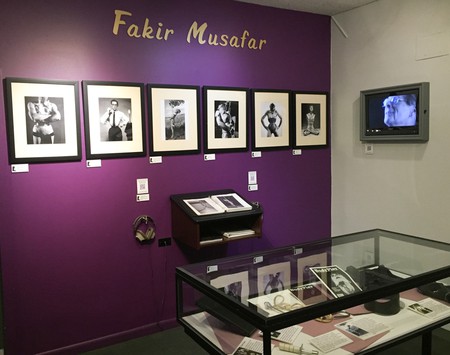 “After the first couple of years, International Mister Leather became a funding source [for the museum],” Wasdin says. “Chuck passed away in 2017, and his [bequest] was setting up IML as a trust so that in perpetuity the money raised there comes here to support the museum.” But the museum’s future was secured many years ago. “Chuck understood the value of owning your space. Instead of renting, they looked for a building they could buy. [They] went to the community at an IML and raised the money to pay off the mortgage so that we would own it outright.”

For many, the Leather Archives and Museum is a distinctly Chicago institution. “Chicago is a city that has a lot of issues but, when it comes to kink, is proud of its kinky underbelly,” Wasdin says. “Seediness is still alive in Chicago and celebrated.” 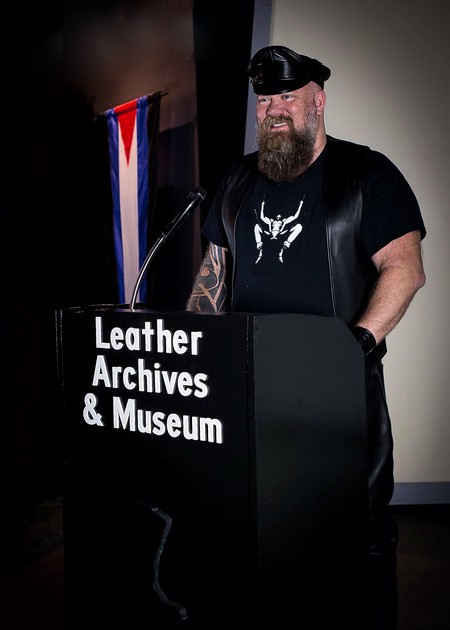