How To Handle A Freezing Chicago Winter 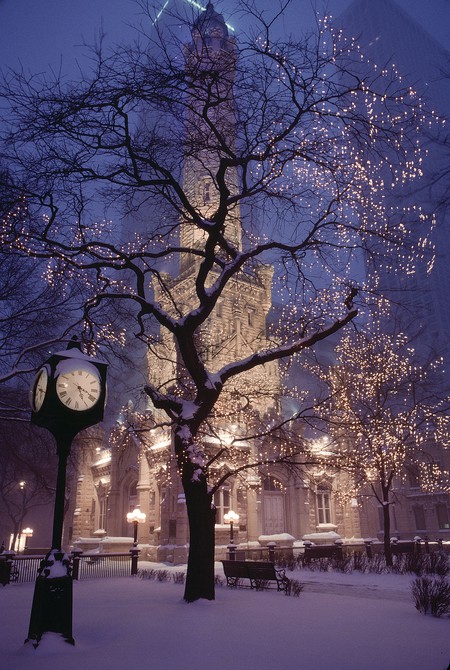 Chicago’s most famous nickname is the Windy City, and though the name’s origins have more to do with corrupt local politicians, the weather always delivers. The city is known for its sweltering hot summers, unpredictable and inconsistent temperatures in the spring and fall, and unbearably frigid winters. Don’t go in unprepared.

Out-of-towners might expect some snow flurries and chilly winds in November and December, but locals know the truth. The truly freezing Chicago winter season doesn’t set in until January and lasts through March, when temps are known to dip below zero, freeze the pipes and slick the roads. Chicago isn’t the only American city that gets bitterly cold, but it is one of the most brutal, and battle-ready. Even in single digits and buried under several feet of snow, the city chugs on. Schools are unlikely to close and residents continue about their business.

Dress for the Weather

This might seem obvious, but it’s also easy to go wrong. February is probably the least fashionable time of year for Chicago because everyone is so bundled up that they’re reduced to a pile of heavy fabric and a set of eyes squinted against the snow. A simple jacket is not going to cut it. Think: thick, insulated coat (maybe two), fleece-lined snow boots, hat, gloves and scarf. Stock up along Michigan Avenue while doing your holiday shopping. The North Face has everything you need at their large store in the John Hancock Center. Just across the street is Columbia Sportswear if you’re looking for something a bit more specialized, and Macy’s at Water Tower Place is always a reliable option for the basics.

Learn the lay of the land

If you have a flexible schedule, steer yourself away from Lake Michigan as much as possible. The closer you are to the water, the more likely it is you will feel the impact of lake-effect wind and temperatures. (It’s always colder by the lake.) Sometimes it’s unavoidable, but when possible spend your free time exploring west side neighborhoods like Wicker Park, Logan Square, Greektown or Pilsen. Take a ride on the Brown Line and get cozy in Lincoln Square. If you’re someone who likes exercising outdoors all year round, consider jogging or biking the popular new 606 trail rather than the beaten lake path. 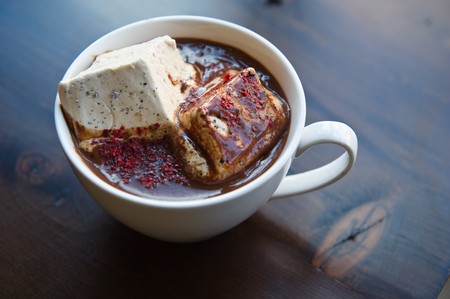 Never underestimate the power of a hot drink. If you have any sort of walking commute to work or school, you’re going to want something steamy for the trip. Grab a cup of coffee from a place like Pickwick Coffee Roasting Co., whose quaint and cutesy Loop location (tucked in an alleyway off Jackson Avenue) is made for those in a rush. Or sit and stay awhile at one of these ten different citywide locations to indulge in a decadent hot chocolate. They’re sure to warm you up from the inside out.

The two go hand-in-hand. Winter is the best time for steamy soups, thick stews and warm comfort meals. Try out one of Wow Bao’s six Chicagoland locations on your lunch break for noodles, rice and hot Asian buns. Latinicity in the Loop brings the spirit of Latin America and the heat of its cuisine to Chicago in their open-concept food court layout. And for dinner and drinks visit The Globe Pub in west Lakeview. You’ll get a plateful of hearty English fare like fish and chips, bangers and mash and shepherd’s pie as well as all the international beer you can drink.

Sometimes it’s just not enough to be dressed properly with a warm drink in hand; the Chicago cold finds its way in. When this happens, have a few hideaways in mind to escape to when you just can’t bear to walk another block. Go beyond the crowded coffee chains and drugstores and find places that will be worth your warm-up time. Downtown, the Chicago Cultural Center is the perfect spot to enjoy in some free (heated) culture. You can duck in for one of their music, dance or theatre performances, hear a lecture, catch a screening or just wander the rotating art exhibits until you can feel your feet again. Similarly, the Harold Washington Library Center on State Street is a massive literary haven waiting for you with a warm chair. Spend a few hours here getting work done or simply exploring the building. Stroll through the top floor Winter Garden to feel the sun without the cold or check out one of their monthly art tours always on display.