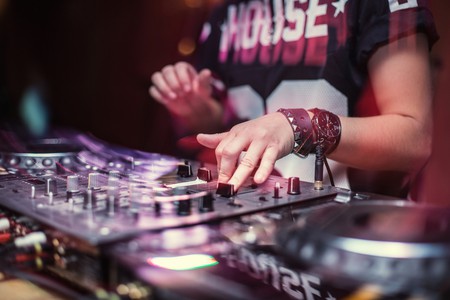 Chicago is the home of House | © Roman Seliutin / Shutterstock

House music is one of the many gifts Chicago has given the world, but the story of how it came to be isn’t entirely positive. For many, the birth of house music goes back to the city’s rejection of another genre, disco, and an infamous event that became known as “The Night Disco Died.”

From the mid to late 1970s, disco music was popular on the charts and the airwaves, but not everyone was happy about it. In 1978, rock DJ Steve Dahl was fired from WDAI Chicago when it became a disco-only station. After moving to WLUP, a rival rock station, Dahl gained notoriety for his vocal hatred of disco, even recording a parody of Rod Stewart’s “Da Ya Think I’m Sexy?”, which made it onto the Billboard Hot 100. One of the features of his WLUP show was destroying disco records while on air, which gave station heads and the son of the White Sox owner at the time an idea.

In order to boost dwindling crowds at the Sox games and promote the station, fans were invited to bring disco records to the stadium, and between a double header against the Detroit Tigers on July 12, 1979, Dahl would blow them up. It was called Disco Demolition Night, and it unexpectedly attracted more than 50,000 rowdy rock fans, who later stormed the field and refused to leave, causing the White Sox to abandon the second game. Whatever the intention of the organizers, the event proved controversial for the racist and homophobic overtones that many perceived, as a largely white crowd destroyed the music of predominantly black, Latino, and gay artists.

Whether it was responsible or just another sign of its waning popularity, in the wake of “The Night Disco Died,” disco definitely fell out of favor in mainstream Chicago, but it didn’t die. Instead, fans and promoters of disco marginalized by the event and the decline went underground and formed a scene around a number of nightclubs and radio stations that still played the music. The freedom of the scene gave DJs a chance to celebrate and experiment with the various songs. Playing a range of dance music alongside disco, DJs began cutting together their own mixes, adding drum machine beats and other electronic sounds. 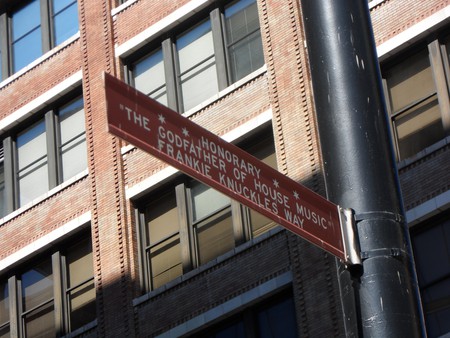 The new genre’s name “house music” is said to have originated from a West Loop club called The Warehouse, where resident DJ Frankie Knuckles was physically splicing together tracks in this new style. Knuckles became known as “The Godfather of House Music,” but he was not alone; radio DJs The Hot Mix 5 and club DJs Ron Hardy and Jesse Saunders among others were key to the genre’s development.

Saunders’s “On and On” was the first house record ever released to the public in 1984, and its co-writer Vince Lawrence had direct links to Disco Demolition Night, as he had been in attendance hoping to grab some free records before the crowd destroyed them. With the success of that track, other DJs began producing and releasing original compositions, and the house scene was no longer confined to clubs and radio of Chicago.

Despite the perceived ugliness of Disco Demolition Night, the birth of the house scene saw an ultimately happy ending for Chicago’s disco and dance music fans, and the creation of yet another landmark Chicago sound.