How Chicago Became the Home of Improv Comedy 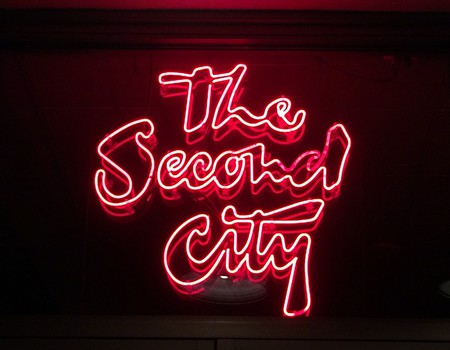 The Second City is a famous comedy and satire institution based in Chicago. | © daryl_mitchell / Flickr

While improvised theater and comedy go back a long way, it was in Chicago that the art form was perfected and gained notoriety through clubs such as The Second City and the iO. For over 60 years, Chicago has been a breeding ground for some of America’s greatest comedy talent, rightfully earning its title as the home of improv.

What is often referred to as modern improv began in 1955 at the University of Chicago when Paul Sills and David Shepherd formed the Compass Players. Sills’ mother Viola Spolin had been developing improvisational theater games and techniques throughout the ’40s and ’50s, which would culminate in her 1983 book, Improvisation For The Theater, and the Compass Players were inspired to perform improvised plays based on loose scenarios and plot points. When the troupe ended, several members took the name with them to St. Louis, including Mike Nichols and Elaine May, who would both go on to have successful careers as Hollywood directors.

#TBT to North and Wells 50 years ago…

In 1959, Sills, Howard Alk and Bernie Sahlins of the Compass Players formed a new troupe and named it The Second City, a self-deprecating joke based on a 1952 New Yorker article about Chicago. The Second City began as a small cabaret theater in Old Town, where people could hear edgy, improvised satire that railed against the conformist comedy of the time. Sills brought his mother in to teach workshops for actors, and her techniques were passed on to Jo Forsberg, who went on to found the The Players Workshop, the first official school of improvisation in the country and the place many Second City stars trained. Additional Second City theaters and training centers opening all over the country, with Toronto and Hollywood locations still open today.

The ongoing success of The Second City is perhaps best demonstrated by a simple handful of its notable alumni, a veritable who’s who of America’s greatest comedians: Alan Arkin, Joan Rivers, and Harold Ramis in the ’60s; John Belushi, John Candy, and Bill Murray in the ’70s, Mike Myers and Chris Farley in the ’80s; and Stephen Colbert, Tina Fey, and Jane Lynch in the ’90s.

Another key figure in the success of the Chicago improv scene was Del Close, who had previously been part of the Compass Players during its run in St. Louis. He joined The Second City in 1961 and spent 30 years as a resident guru to its many stars, but he also founded the ImprovOlympic (now known as the iO) with Compass Players founder David Shepherd and a student of The Players Workshop, Charna Halpern. The iO concentrates on “long-form” improvisational structures, though it began with the premise of teams of comics competing in front of an audience. It also has an L.A. location, iO West, and notable alumni include Amy Poehler, Bill Hader, and Vince Vaughn.

We are loving this photo by @katiedonbavand! Come see it in real life tonight. Shows start at 8. #iochicago #comedy #chicago

Thanks to the classes on offer at The Second City and the iO, Chicago remains the best place in the world to learn the techniques of improv. Whether you want to learn from the best or simply bust a gut, a trip to the city isn’t complete without a visit to one of these hallowed comedy clubs (as well as these venues for open mic standup).