Gil Scott-Heron, The Godfather Of Rap

The albums of Gil Scott-Heron are soulful and punchy. The lyrics are poignant and unabashed, as Scott-Heron explores the injustices that he and his community faced during the 1970s and 80s. Scott-Heron’s songs are both music and poetry at their finest. He has been referred to as ‘the black Dylan’ and the ‘godfather of rap,’ and yet he has hardly reaped the rewards that those titles imply. 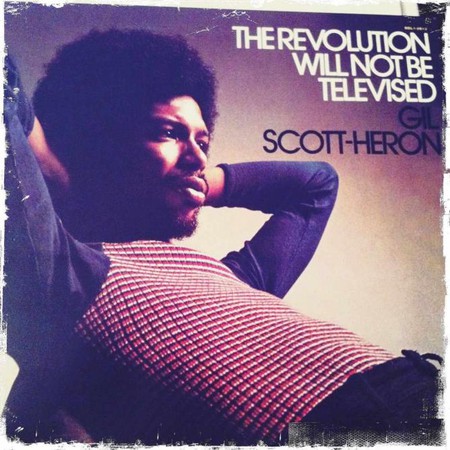 Scott-Heron was a poet who underscored his words with music. Few artists have been more influential to the music industry than Gil Scott-Heron. His 1970 album Small Talk preceded rap by nearly a decade, and paved the way for modern artists like Kanye West and Kendrick Lamar. After Scott-Heron’s death in May of 2011 Chuck D of Public Enemy deemed Scott-Heron ‘the manifestation of the modern world.’

His voice was smooth and smoky like soulful jazz itself. Ron Carter, the bassist for ‘The Revolution Will Not Be Televised’ said in the New Yorker, ‘He wasn’t a great singer, but, with that voice, if he had whispered it would have been dynamic. It was a voice like you would have for Shakespeare.’

‘The Revolution Will Not Be Televised’ is the most notable song from Small Talk. The title of the song comes from the Black Power movement slogans of the 1960s in the United States. The song references images of pop culture and media, which this revolution will not be a part of. ‘The Revolution will be live,’ Scott-Heron says.

Aside from rap music, Heron was a revolutionary for civil rights. In the 1970s and 80s Heron used his music as a form of political activism. His songs were hybrids of soul, jazz, blues and funk, that examined the Vietnam War, the Watergate scandal, alcohol and narcotic addiction, and racial injustices. Although he has been compared to music greats from Marvin Gaye to Bob Dylan, Scott-Heron couldn’t escape the demons that kept him from similar fame. 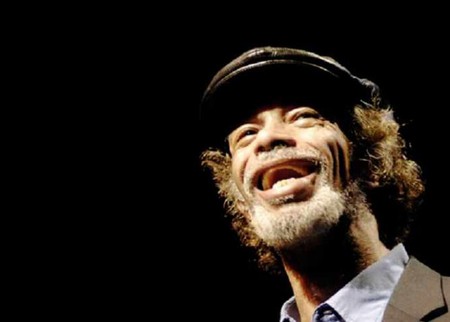 Gill Scott-Heron could not escape the afflictions his writing represented. In the 1980s, his addiction seemed to overcome his life. He was jailed for possession of cocaine and crack, and diagnosed as HIV positive. He was living the lyrics of his music. Songs like ‘The Bottle,’ ‘Angel Dust,’ and ‘Home Is Where the Hatred Is,’ focus on addiction and the battle a person takes on when addicted. Scott-Heron’s addiction left him rail thin and paranoid.

‘Home is Where the Hatred Is’ was sampled in Kanye West’s My Way Home. The famous rapper has a lot of respect for the godfather of rap’s life and work. His legacy lives on. In 2010, before he died, Gil Scott-Heron released his final album. The album, titled I’m New Here, was welcomed by fans and left Scott-Heron a triumphant artist. ‘No matter how far wrong you’ve gone,’ the title song croons, ‘you can always turn around.’

McKenzie Schwark is a student at DePaul University studying English. Originally from North Dakota, McKenzie shows her love of her home state by baking plenty of tator tot hot dish. In Chicago you can usually find her waiting for the Brown Line, attending an improv show, or eating pizza and watching really bad reality TV. You can read her everyday thoughts condensed into 140 characters on Twitter @schwarkattack