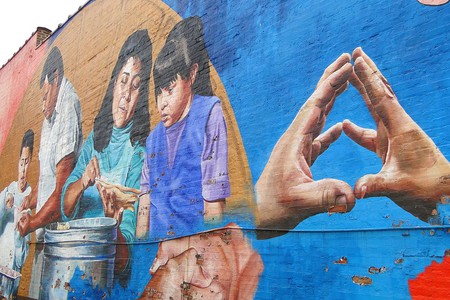 Forbes included Pilsen, Chicago, on its 2018 list of “The 12 Coolest Neighborhoods Around the World.” It’s one of only two U.S. neighborhoods that made the cut, and it’s not hard to see why. The city is jam-packed with art, culture, and history that make its addition to Forbes’ list exciting.

Back in the 1800s, Irish and German immigrants settled in present-day Pilsen, 4.5 miles (7.2 kilometers) southwest of the city’s center. They were drawn by the promise of paid work, building roads and future highways. Soon after, Eastern Europeans fled Austrian oppression and traveled to Chicago, settling in and building up the neighborhood until it became reminiscent of home. The Bohemians affectionately called their community “Plzeň,” after a large urban area in the Czech Republic. 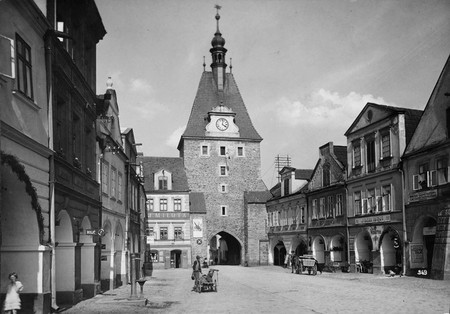 A street in Bohemia in the Czech Republic around 1927. | © Swedish National Heritage Board / Flickr

In the early 1960s, construction began on the University of Illinois at Chicago campus, displacing much of the Czech population by 1965 when the school opened. Subsequently, Mexican immigrant families moved into the surrounding area, establishing their own businesses and restaurants while preserving the Bohemian architecture and design from decades past. Today, Pilsen is 80% Latino and a hub of Mexican-American culture, rich with street art, delicious cuisine, and gorgeous structures. 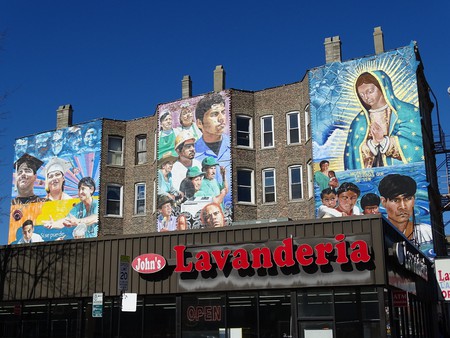 A trio of large public murals in Pilsen featuring images of people at various life stages and in different professions. | © Adam Jones / Flickr

Pilsen’s street art scene is so popular that visitors can take guided tours to view large murals painted by both well-known and up-and-coming artists. The National Museum of Mexican Art is a must-see, with over 10,000 unique works on display, as are the countless galleries lining the streets. It’s no wonder travel expert Melissa Biggs Bradley told Forbes that this neighborhood is “a nest of cutting-edge culture and art.”

Biggs Bradley gave a shout-out to Punch House—a bar and restaurant in the basement of Pilsen’s historic Thalia Hall that serves up incredibly sweet and boozy concoctions amidst 1970s décor. Punch House has also appeared on a pretty cool list: Thrillist’s 33 Best New Bars in America. 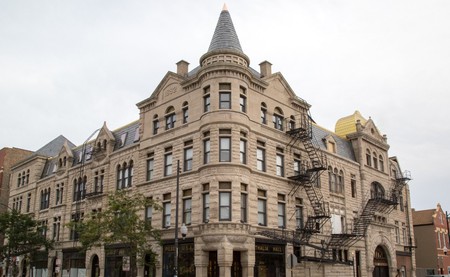 In recent years, Pilsen residents of both Mexican and Czech descent have banded together to ensure the community’s character isn’t diluted or destroyed by rising property taxes and gentrification. Organizations like the Pilsen Alliance and the Pilsen Neighbors Community Council are working to protect the neighborhood, in part through celebrations like Fiesta del Sol—a four-day carnival and fundraising event.