Cisneros signing a book for a fan l © EEUU/Flickr

Sandra Cisneros is one of the first Mexican-American women to achieve mainstream success in the United States and abroad. While you may be familiar with some of her work, here are five things you may not have already known about the Chicago author behind The House on Mango Street. 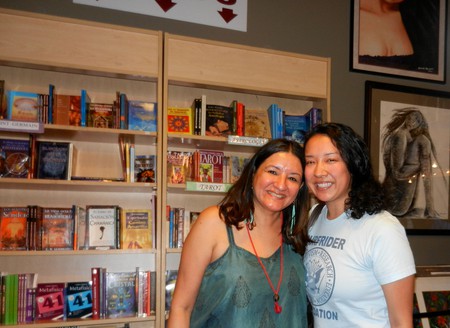 Cisneros at an event l | © Cynthinee/Flickr

She is the only girl of seven siblings

Cisneros grew up with six brothers. She said growing up with so many brothers made her feel lonely, but she was able to channel that loneliness into productive time to write, and look where it took her. ‘That aloneness, that loneliness, was good for a would-be writer. It allowed me time to think and think, to imagine, to read, and to prepare myself’ (Only Daughter by Sandra Cisneros).

She is an outspoken feminist

Cisneros identifies as a feminist and wants other women to draw advice and inspiration from her work. Her most famous novel, The House on Mango Street is a series of vignettes told through the eyes of Esperanza Cordero, a young Latina. The story follows Esperanza’s relationship with her community and her self-discovery, a true coming-of-age tale. The book is often viewed as being a seminal piece of modern feminist literature due to the book’s focus on the stories of women, specifically its devotion to telling the story of a young woman of color.

She once worked as a teacher

Cisneros previously worked at the Latino Youth Alternative School in Chicago where she had a job as a teacher and counselor to students who had dropped out of high school. ‘I always tell my writing students that they need to write as if they were wearing their pajamas. To write as if they were talking to the one person they wouldn’t have to get dressed for. That’s their writing voice, and they should write from that place first’ (Smithsonian Latino Center).

She started her own writing workshop for aspiring writers

In 1995, Cisneros founded the Macondo Foundation. The Macondo Foundation holds an annual writers’ workshop for up-and-coming writers, poets, journalists, and other artists who want to combine their writing with social awareness and engagement. A large component of the workshop is to foster inspiration and to further educate writers about art, as well as spiritual and political issues. The foundation works to support art of all types while also working to create positive social change across communities. 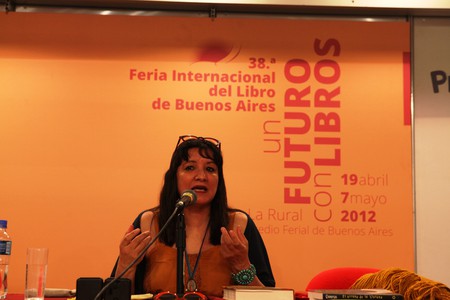 Cisneros speaking at an event | © EEUU/Flickr

Cisneros was raised Catholic, but as an adult, she discovered that Buddhism was the best way to embrace her spirituality with her background as a Mexican-American woman: ‘the amazing parts about Buddhism is that it is taking me back to my culture and my family spirituality. Buddhism for me is a way of helping to guide my life work. It focuses on serving humanity’ (¡Santo!: Varieties of Latino/a Spirituality).