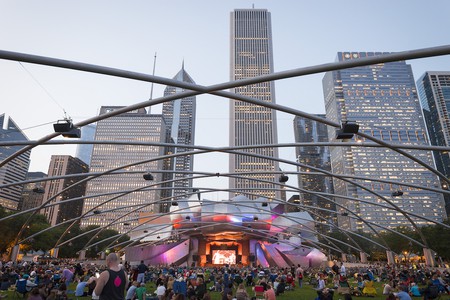 Every Labor Day weekend, Millennium Park lights up for the Chicago Jazz Festival | © City of Chicago

When people think of festivals in Chicago, juggernauts like Lollapalooza and Taste of Chicago tend to come to mind, but the Jazz Festival is the granddaddy of them all.

Now in its 40th year, the Chicago Annual Jazz Festival has grown substantially since its origins in 1978 to become one of the nation’s premier jazz events. Coupling its historic roots and legendary performers with present-day concerts and up-and-coming talents in Millennium Park, the festival is as much about the past as it is about the present and the future. And like a seasoned saxophone, it’s only gotten better with age. Here’s everything you need to know about Chicago’s 40th annual Jazz Festival, which takes place August 29–September 2, 2018. 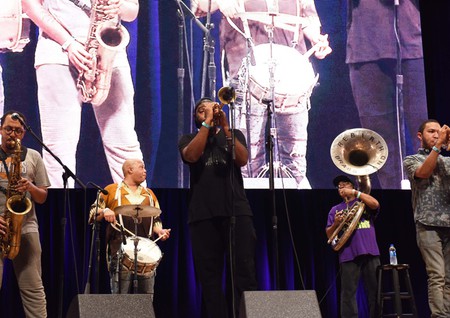 For decades, Chicago has served as a launching pad for some of the most significant voices in the industry, who performed at intimate neighborhood venues around town and recorded at institutions like Chess Records. The city was also an important stopover for traveling musicians, clocking time at hallowed jazz halls like The Green Mill. It wasn’t until tragedy struck, however, that a festival was organized to pay homage to those roots.

In the summer of 1974, musicians and fans alike congregated in Grant Park for a festival to celebrate Duke Ellington’s legacy after the jazz icon’s death. The event was such a hit that it became an annual occasion, with attendance quickly booming to tens of thousands. The Chicago Jazz Festival as it’s known today, however, didn’t take shape until a few years later, in 1978, when the city converged three separate jazz events taking place in the same park, including one created in honor of John Coltrane and another organized by the Jazz Institute of Chicago.

In its first year, the Chicago Jazz Festival hosted more than 100,000 attendees over the course of its week-long run at Grant Park’s Petrillo Music Shell. In addition to nights dedicated to Ellington and Coltrane, inaugural performers included McCoy Tyner, Billy Taylor, Von Freeman and Benny Goodman. In the ensuing years, the festival has featured world-famous talents like BB King, Ella Fitzgerald, Miles Davis and Betty Carter. 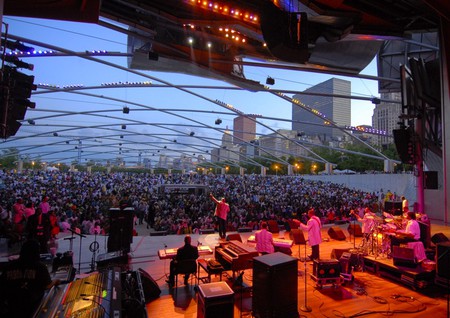 After decades in Grant Park, the Chicago Jazz Festival moved to Millennium Park in 2017 | © City of Chicago

After 38 years at the Petrillo Music Shell, the Chicago Jazz Festival moved to nearby Millennium Park in 2017. Thanks to its much more modern facilities and acoustics, the move represented an exciting leap for the timeworn festival as it branched out into downtown and beyond.

Musicians come from all over the world to perform at the artsy Jay Pritzker Pavilion, with attendees sprawled out on the immaculate lawn or dancing in the aisles by the stage. In addition to Millennium Park’s hub, the festival has expanded its free jazz program to music venues throughout the city in the days leading up to the main event. This year, these events include a pop-up jazz festival at Englewood Square on August 27th, The Fat Babies at The Green Mill on August 28th and Jerry Medina y La Banda at the Old Town School of Folk Music on August 29th.

In the following days, they will be joined by this year’s headliners, including Kurt Elling, Dianne Reeves, Maceo Parker and Ramsey Lewis, whose Millennium Park set will mark his final live performance before retirement. 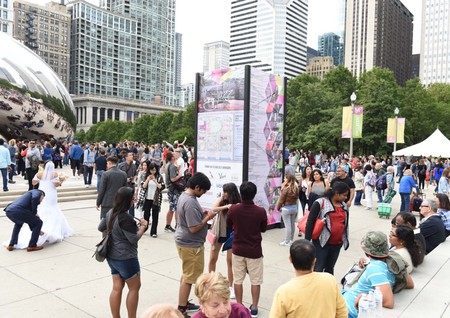 At the heart of the festival, the Jay Pritzker Pavilion is the perfect spot to picnic. In addition to concessions, beer and wine sold throughout the park, including the Park Grill and Cafe, attendees are welcome to stock their own baskets. Alcohol can only be consumed in the seating area and on the lawn by the pavilion. Seating is first come, first served, and concerts take place rain or shine.

As the festival grows this year to include tangential performances at clubs and venues throughout the city, all events remain free to attend. 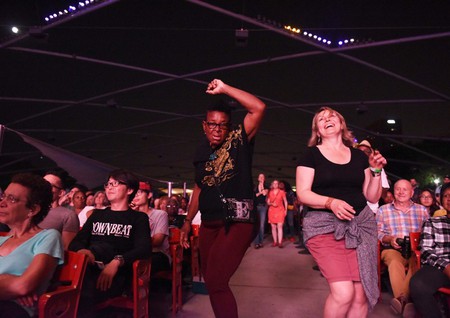