Chicago Through the Lens of Vivian Maier 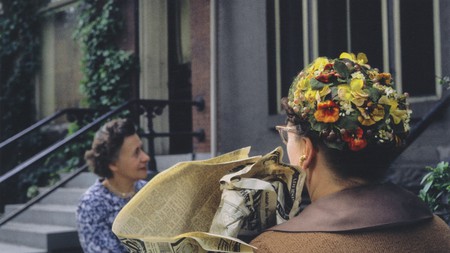 The posthumous discovery of 150,000 photographs turned an enigmatic, Chicago-based nanny named Vivian Maier into one of the most celebrated photographers of all time. Her collection of vivid Chicago street scenes offers an intimate look at the city’s past.

In 2007, a young historian in Chicago named John Maloof paid a visit to a local auction house. Maloof was co-authoring a book about Portage Park on the city’s northwest side, and had been instructed by his publisher to collect a selection of vintage pictures that illustrated the neighborhood’s charm. By chance, he came across a box containing thousands of undeveloped negatives that seemed to fit the bill – thoughtful, animated shots depicting the characters and architecture of Chicago in the ’50s and ’60s. 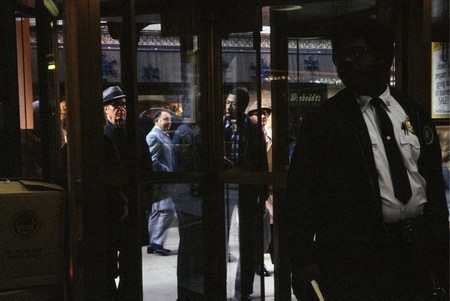 On closer examination, they weren’t right for his project, but even after storing them safely in a closet at home, Maloof never forgot about the pictures. It was clear that the anonymous photographer – a woman who frequently appeared in her own work wearing a Rolleiflex camera and a stoic expression – had a singular talent. The images captured fleeting street scenes in surprising and revealing ways: small, intimate gestures between couples, wealthy shoppers encased in fur stoles and abstract shots of Chicago’s architecture that experimented with shadow and texture. 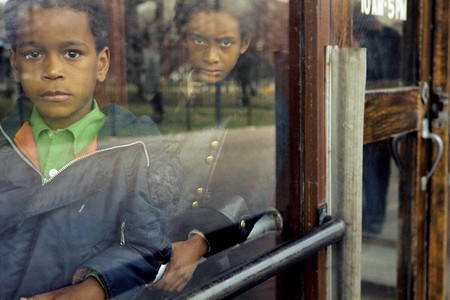 Using his auction-house contacts, Maloof began collecting more negatives from the same seller. Tucked away inside one box was an envelope from a photo lab labeled with the name Vivian Maier. It was 2009, and a quick Google search turned up a recent obituary published in the Chicago Tribune announcing the death of an 83-year-old, Chicago-based nanny who was a free spirit and a “photographer extraordinaire.” 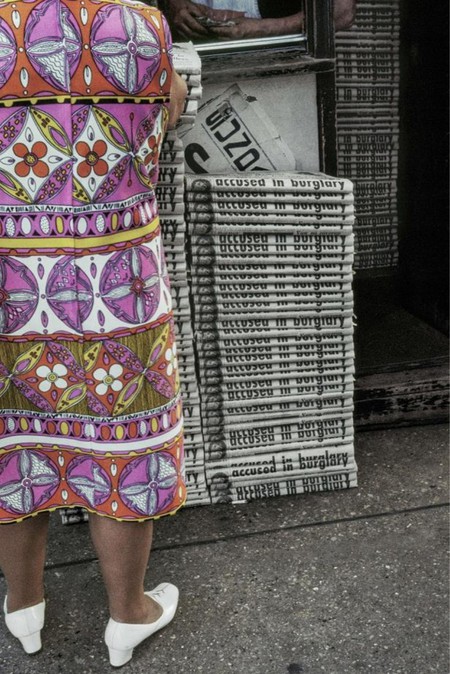 Further research revealed that Vivian Maier was born in New York in 1926 to a French mother and an Austrian father. Maier spent large chunks of her childhood in France and spoke with a faintly perceptible French accent, but in 1951 she settled in New York, another city that features heavily in her work. It is unclear when she first headed west to Chicago, but records show that from 1956 to 1972 she resided with the Gensburg family in Highland Park, working as a nanny to their three boys.

Chicago was a hyper-segregated place in the 1960s, which inevitably stoked a powerful civil rights movement. In 1966 Martin Luther King Jr moved to Chicago to begin his campaign in the Northern states, working with local activists to address issues of unequal access to quality education, job opportunities and decent housing for the city’s black citizens. The North Shore area of Chicago, where Maier resided with the Gensburgs, was an extremely affluent, primarily white neighborhood, yet Maier felt compelled to capture everyday life in Chicago for the city’s underprivileged communities. In one particularly striking image Maier focuses on a row of besuited businessmen standing under a giant American flag, waiting to cross the street. Framing the scene are the faces of two African American women, turning as they presumably spot Maier’s camera. Although positioned in the foreground, their faces are blurry and cast in shadow. 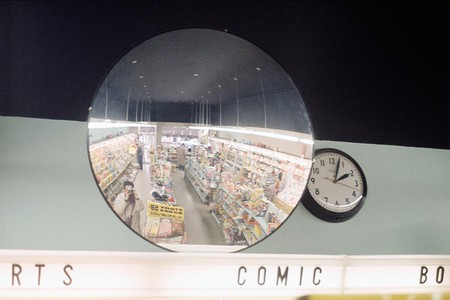 Now that Maloof knew a little more about the woman behind the talent, he began publishing his favorite shots online, including through the photo-sharing site Flickr. The internet was captivated, and the pictures immediately went viral.

“I think the story of Vivian Maier is just as appealing as the photographs themselves,” says Giles Huxley-Parlour, owner of London’s Huxley-Parlour Gallery, which has been exhibiting a selection of Maier’s work in the summer of 2019. “We have this utter genius who has a hit rate that is up there with the very greatest photographers of all time, who lived a completely anonymous life and then died, leaving her legacy.” 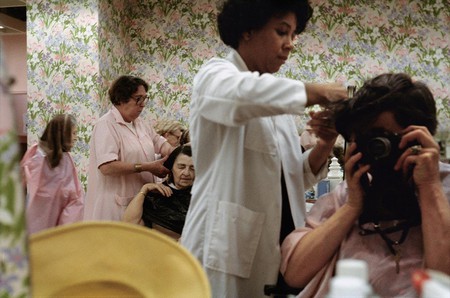 Maier appears to have meandered through the streets of Chicago seeking spontaneous moments that interested her. With a Rolleiflex (the kind of camera that sits at hip height so you can look down into the viewfinder) slung around her neck, she was able to inconspicuously snap scenes without the subjects noticing, giving her pictures a candid, almost voyeuristic feel. 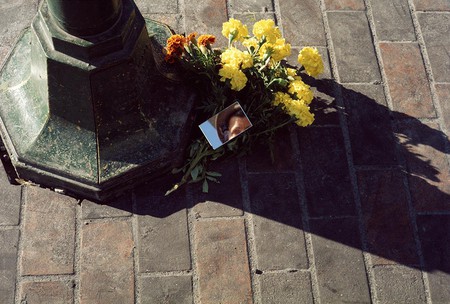 “She was subtle in her approach so you get a sense that the image you’re looking at is real, it’s not staged,” says Huxley-Parlour. “These people aren’t posing for the camera, although they do occasionally. So you are seeing what seems to be some kind of truthful angle onto the streets of Chicago and the characters on them.”

Despite a compulsive need to chronicle her everyday experiences (including her own image – Maier is considered to be something of a selfie pioneer), the photographer rarely developed her work, hoarding rolls of film instead. It was as if the process of getting the shots was more gratifying to her than the results, let alone any sort of critical acclaim. 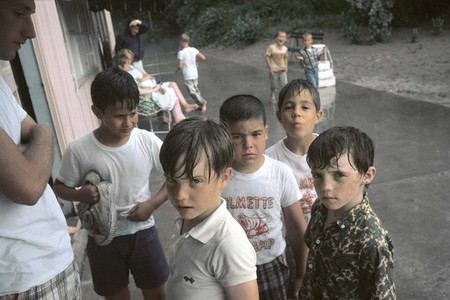 Maier was also, according to those who knew her, a bit of an eccentric who preferred to spend time alone. Huxley-Parlour surmises that posthumous success was possibly the best possible outcome for a gifted photographer who favored flying under the radar. 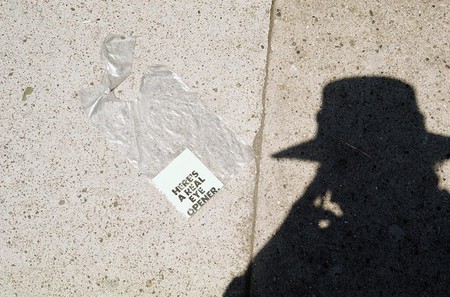 “I think the general consensus is that, because of the nature of her personality, we can guess that perhaps she wouldn’t have enjoyed the fame,” he explains. “But there was some kind of therapy for her in the process of going out and engaging with the world through her camera. There was something in the taking of a picture that gave her some kind of satisfaction, some pleasure, some therapy.”

Because Maier’s 150,000-images-strong body of work was discovered after her death, it’s impossible to get the story behind each one. This enigmatic quality is perhaps the most captivating thing about her photographs. They invite us to create our own imagined narratives for the characters, for the city and for Vivian Maier herself.