The 10 Most Sizzling Steakhouses in Chicago 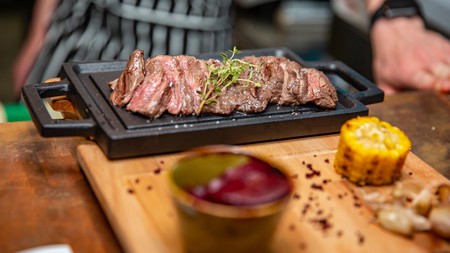 Chicago has almost too many excellent steakhouses. While the following restaurants can be pricey, their impressive, award-winning menus are well worth the check. If you’re looking for a fun and delicious night out, check out one of these top Chicago steakhouses.

Restaurant, Steakhouse, $$$
Facebook
Email
Twitter
Pinterest
Copy link
Share
Map View
This riverside restaurant lies in the heart of the Chicago Loop and is a perfect place for a midday or after-work meal. Its delectable fare has received numerous accolades. For example, the Food Network named it one of the best places for steak in America in 2014, and it was an Open Table 2016 Diner’s Choice winner. On a warm and sunny day, eat outside by the water and watch the boats sail by.
Open In Google Maps
300 North LaSalle Drive, River North, Chicago, Illinois, 60654, USA
+13123291800
Visit Website
Give us feedback

If you’re a sports fan looking for a classy night out, look no further than Ditka’s. This steakhouse has a fantastic menu and a lively atmosphere centered on celebrating all things Chicago sports. Mike Ditka, who is perhaps most famous for coaching the Chicago Bears through their 1985 Super Bowl victory, owns the restaurant. 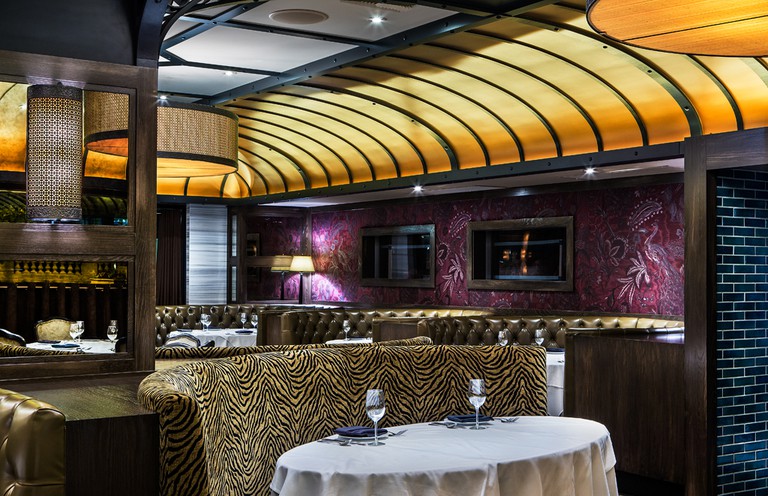 Prime and Provisions has an elegant interior reminiscent of a 1920s supper club | © Mark Ballogg
Prime and Provisions earned a spot on Chicago Magazine’s list of Chicago’s ‘Best Steakhouses’ as well as on Michigan Avenue Magazine’s list of the ‘Best Places to Dine in Chicago.’ Behind all of this recognition is executive chef Joseph Rizza, who creates flavorful dishes in this chic locale. Prime and Provisions is also known for offering customers an extensive cigar menu, which can be enjoyed in a special smoking area.
Open In Google Maps
222 North LaSalle Street, Chicago Loop, Chicago, Illinois, 60601, USA
+13127267777
Visit Website
Give us feedback

Beyond its selection of steaks, Fleming’s has amazing side dishes to share, including the special Fleming’s potatoes, lobster macaroni and cheese, and crispy brussels sprouts with bacon. There are also a few salads for those looking for something on the healthier side. To complement its meals, the steakhouse boasts a wide array of wine options and other beverages.

Located in the center of a major shopping district, Gibsons is a great place to settle in for a drink, appetizer or full meal after a day of trying on clothes. Better still, Gibsons lies next to its sister restaurant, the seafood-focused Hugo’s Frog and Fish House. Customers at either location are welcome to order from both menus. 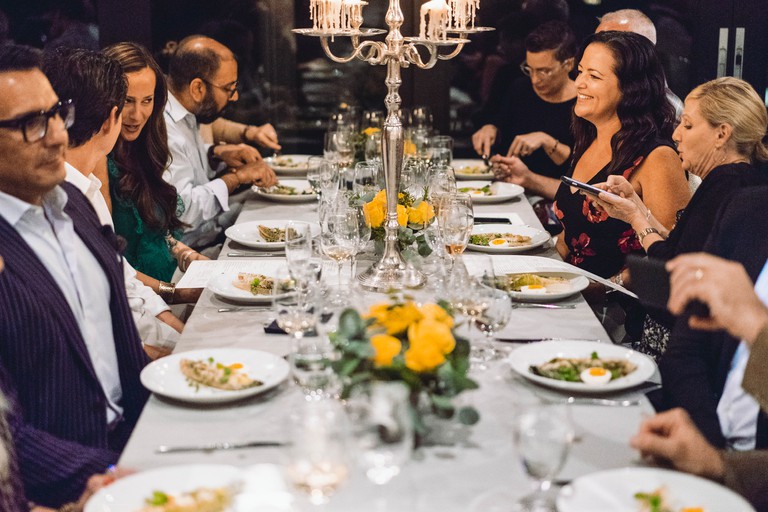 Your meal at this upscale steakhouse is in the expert hands of chef Danny Grant, who has two Michelin stars. In 2016, Maple and Ash was also recognized as one of America’s Best Wine Restaurants. Not only is the restaurant known for its outstanding customer service but also for its dedication to ensuring that its customers have a good time. If you’re looking for a fun and festive night out, Maple and Ash is the place for you.

Boeufhaus is a delightful little French-German restaurant located in Chicago’s Ukrainian Village. Including a hanger steak, pork chop and New York strip steak, its menu is divine and designed as a modern take on traditional cuisine. The atmosphere is also a good balance between classy and cozy. When you finish your meal, keep the night going with a visit to the California Clipper, a must-visit 1930s cocktail bar with live music that’s just a 10-minute walk away.

Revolución, located in Chicago’s Lakeview neighborhood, puts a fantastic twist on a typical American steakhouse. While you can order the usual steakhouse fare, such as filet mignon and a New York strip steak, you can also feast on guacamole, queso fundido and more. If you’re looking for a less expensive steakhouse experience, Revolución is an excellent choice. 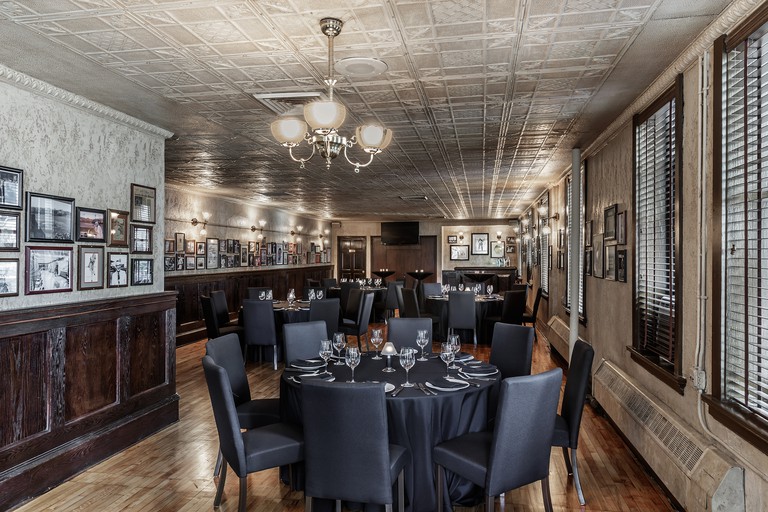 Another ode to a Chicago sports legend, this steakhouse celebrates Harry Caray, a former Chicago Cubs and White Sox announcer who passed away in 1998. Caray was beloved by the whole city, and now his restaurant, which he and a few partners opened in 1987, lives on to honor his legacy. As its name suggests, Harry Caray’s Italian Steakhouse offers more than just steaks (the menu also includes pasta and chicken dishes). For a more casual experience, and to catch whatever game is on, you can sit at the bar.

RPM Steak is a member of the Lettuce Entertain You family and is also the sister restaurant of RPM Italian. The most impressive thing about its menu is the sheer breadth of choice, with more than 15 steak options that include Japanese wagyu and kobe beef.