Nothing sets hearts aflame quicker in Chicago, Illinois than the great pizza debate. Every local has their own list of pizza joints that he or she insists are the finest around. Check out these top 10 craft pizzerias in Chicago. 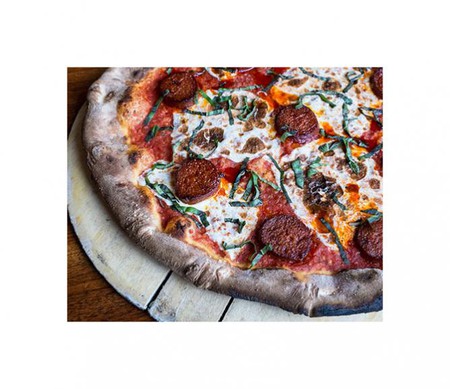 The Art of Pizza

Pizzeria, American
Facebook
Email
Twitter
Pinterest
Copy link
Share
Map View
Art has great thin crust and pan pizzas as well, but it’s the stuffed pizza that pushes The Art of Pizza to the top. Similar to deep dish but with a second layer of crust on top, the popular Art’s Special is filled with fresh mozzarella, sausage, mushrooms, and green pepper. The crust is thick and buttery without being greasy and each slice is humongous, though no one will blame you for going for seconds. Once awarded as having the number one deep dish by the Chicago Tribune, the Art of Pizza is a must-visit for anyone looking for the best pizza in the city.
Open In Google Maps
3033 North Ashland Avenue, Lake View, Chicago, Illinois, 60657, USA
+17733275600
Visit Website
Give us feedback

Pizzeria, Restaurant, Italian, Vegetarian, $$$
Facebook
Email
Twitter
Pinterest
Copy link
Share
Map View
Though not technically in Chicago, this pizzeria is close enough and incredible enough to warrant a mention. Widely regarded as the deep dish to convert deep-dish skeptics (including the likes of Anthony Bourdain), Burt’s pizzas feature a signature caramelized crust, as well as fresh produce and sausage from a secret recipe. The cheese is soft and gooey and kept in moderation. As bonus quirks, the tiny restaurant requires customers to place their orders with their reservations to maximize efficiency and pizza goodness, and Burt himself (along with his wife Sharon) often makes an appearance to greet diners.
Open In Google Maps
8541 Ferris Avenue, Morton Grove, Illinois, 60053, USA
+18479657997
Visit Website
Give us feedback

Pizzeria, Restaurant, Italian, Vegetarian, $$$
Facebook
Email
Twitter
Pinterest
Copy link
Share
Map View
Enthusiastically endorsed by local chefs and endless magazines is Coalfire. The Neapolitan-style pizzas are cooked at 800 degrees in their coal-fueled oven, resulting in chewy and lightly charred goodness. The most popular pie here might be the traditional margherita, made with fresh mozzarella and basil, though the pizza topped with light shavings of prosciutto is also a favorite. The restaurant itself is small and first-come first-served so there’s often a wait. However, regulars will assure you that the pizza is well worth it.
Open In Google Maps
1321 West Grand Avenue, West Town, Chicago, Illinois, 60642, USA
+13122262625
Visit Website
Give us feedback 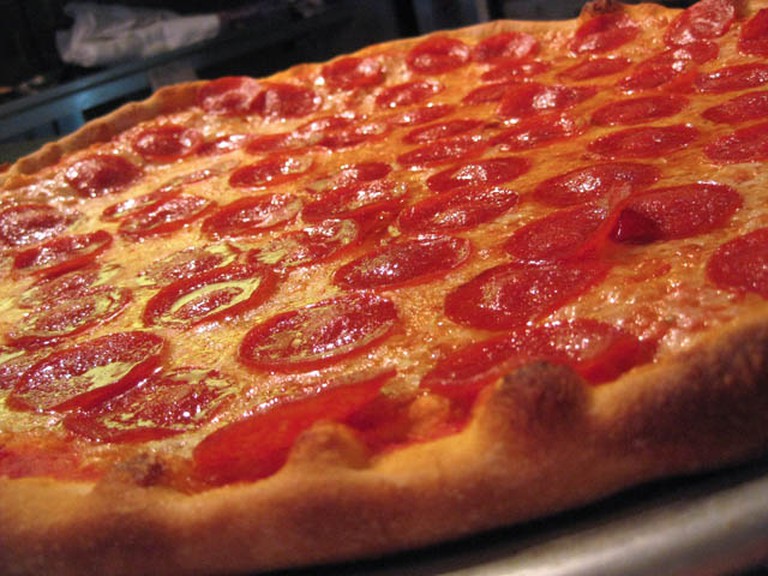 Pepperoni Pizza | © Jason Lam/Flickr
Jimmy’s slices are perhaps Chicago’s best homage to NY-style thin crust. With gooey cheese, crisp dough, and – perhaps most crucially – slices big enough to fold in half, the place has won hard-earned approval from many visiting New Yorkers. Unlike many other places, Jimmy’s is also known for their signature white pizza, which is topped with pesto and creamy ricotta. For dessert they fry up an usual yet delicious treat – light, doughy beignets finished with a dusting of powdered sugar.
Open In Google Maps
5159 North Lincoln Avenue, Lincoln Square, Chicago, Illinois, 60625, USA
+17732936992
Visit Website
Give us feedback

Pizzeria, Restaurant, Italian, $$$
Facebook
Email
Twitter
Pinterest
Copy link
Share
Map View
Piece specializes in New Haven-style pizza, a version similar to the Neapolitan sans mozzarella. There are no set pizzas to choose from. Customers get to pick their own sauce and toppings, with options ranging from pepperoni and spinach to mashed potatoes and clams. Because of this, Piece is known for the perfection of their crust, which arrives crispy and lightly charred from the oven. For dessert, the place offers a pizza covered in chocolate hazelnut sauce and mascarpone cheese.
Open In Google Maps
1927 West North Avenue, West Town, Chicago, Illinois, 60622, USA
+17737724422
Visit Website
Give us feedback

Restaurant, American
Facebook
Email
Twitter
Pinterest
Copy link
Share
Map View
A favorite on the South Side (and once featured on the TV show Diners, Drive-Ins, and Dives), Vito & Nick’s churns out thin crust pizzas smothered in fresh sauce and cut into crispy, golden-brown squares. The toppings are as Chicagoan as you can get. Two of the most popular pizzas are the Italian beef with giardiniera and the egg. The recipes and techniques have remained unchanged since its opening in 1932. After your first bite, it will become clear why.
Open In Google Maps
8433 South Pulaski Road, Ashburn, Chicago, Illinois, 60652, USA
+17737352050
Visit Website
Give us feedback

Lou Malnati’s is a Chicago institution. Every component of their deep dish has been perfected – the crust is light and flaky, the tomatoes fresh, the thin layer of sausage has just the right amount of sweetness. Unlike many deep-dish franchises, Lou reigns in the salt and the amount of cheese. The end result is a satisfying, incredible pizza that’s a bit healthier. The restaurants are spread throughout the city and greater Chicago area. Even if you don’t live in Chicago, you’re in luck—they even ship frozen pizzas to out-of-state customers craving an authentic deep dish.

It is widely believed that deep dish pizza was invented in 1943 by Ike Sewell, founder of Pizzeria Uno. He believed that pizza could be a hearty meal to share with the family and not just a simple snack, and opened his restaurant in order to make pizza a dining experience. Visitors to Pizzeria Uno and its affiliate, Pizzeria Due, are in for a historic treat and the chance to try the original recipes of Chicago’s iconic cuisine.

The savory aroma hits visitors like a wall upon entering Bartoli’s Pizzeria, causing stomachs to rumble in anticipation. The restaurant specializes in deep dish pizza with a light crunchy crust, topped with homemade sauce and lots of herbs and spices.