The Wicker Park and Bucktown area of Chicago has witnessed a whole wave of new people and businesses flocking to it. This upsurge in development has transformed a once poor and primarily working-class district into one of the most vibrant neighborhoods the city has to offer, and its art scene is no different. 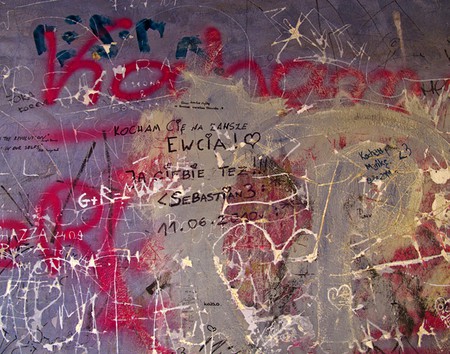 A non-profit gallery ‘dedicated to nurturing interconnectedness within the contemporary art world,’ Roots and Culture is dedicated to promoting the possibilities of the Chicago art scene as a ‘destination for artistic discourse’ by exhibiting artists both from the local area and from the international art community. Founded in 2006, it focuses mainly on providing opportunities for emerging and up and coming artists who have included Josh Faught, Carrie Vinarsky and Andy Roche, hosting art shows across a variety of media as well as lectures, workshops and social events. The venue is a cross between an apartment and a gallery, bestowing a distinctly homely, domestic feel to the gallery, aimed to promote comfortable engagement between artists and art-lovers, and develop a lively community for the arts in the area.

Established in 2003, Dreambox is a contemporary art gallery focused on showcasing the latest from both emerging and well-established, well-known artists from around Chicago. With strong links to the Polish community of Wicker Park and Bucktown, its art and events reflect the strong cultural influence they have had on the history of the area, and the gallery seeks to initiate a ‘multicultural conversation’ through their art exhibitions. This ethos of mutual cultural exchange includes painting and photography as well as poetry, music, and other immersive media, making Dreambox a hub of innovation and contemporary creativity in the area. Since 2007 the gallery has participated in Chicago Artists Month, celebrating the talent of different local artists and bringing the community together to explore the city’s creativity.

The ARC Gallery is one of few institutions of its kind, which has been making waves since 1973 with the often radical, political messages of the art it exhibits. A non-profit institution run by women, its overall artistic aim is to provide creative and avant-garde artists with a space apart from commercial galleries they can utilize for their artwork and is known for its novel and experimental visual art. A renowned spot on the Chicago art scene, it was originally founded during the women’s movement to allow the exhibition of works outside the mainstream and is today recognized internationally. Continuing in its tradition of equality, ARC showcases artwork of artistic integrity by talented emerging artists regardless of gender, age, class, race or belief.

Established in 2009, Johalla Projects is a large exhibition space which often throws lively, cutting-edge artistic shows and events, as well as organizing public art projects throughout the city. Specializing in new and up-and-coming artists, the gallery is intended to be both a traditional art gallery as well as an alternative, avant-garde space where artists working in all media can showcase their work. Several shows have received much media attention and critical acclaim, building the potential reach of the gallery throughout the tightly-knit art community of Chicago. It also promotes ongoing public art projects in collaboration with the CTA and Wicker Park Arts Committee, such as the Deer installation with artist Andrea Jablonski and pieces at the Pitchfork Music Festival by local artist Matthew Hoffman, to expand the public engagement with that art community.

Vertical Gallery is closely involved with artwork that engages with the urban environment, showcasing the best new contemporary street art. A relatively new addition to the Chicago art scene, Vertical Gallery was only established in 2013 in the Ukrainian district of the city and showcases local, national and international artists. However, its direct engagement with the world of street art, pop culture, as well as graphic design and illustration have made it an exciting space to visit or in which to exhibit. The gallery is focused on dismantling those long-established barriers which bar the world of high art from street art and the art theorist from the casual observer, promoting dialogue about the world of urban-contemporary art. The gallery has also put on exciting and original group exhibitions in the past, including Deck the Halls, presenting artwork on skateboard decks.

An alternative and contemporary open-door gallery space, Galerie F specializes in printmaking and street art by both local and international artists. A comparatively young gallery, having only opened in 2012, it was set up by Zissou Tasseff-Elenkoff, owner of printmaking studio FugScreens which gives the venue its distinctive mission, contemporary Chicago artist Billy Craven and art historian Allie Whalen. The focus is on supporting local artists and engaging meaningfully with the community through the work produced here, as well as making street art accessible to the wider public by showcasing the print work and urban art that they do throughout the week. With both solo and group shows and a large focus on art and music posters, prints and other original pieces, Galerie F is well on the way to drawing in crowds with their affordable, accessible art.

Founded in 2000, the eponymous Monique Meloche gallery could be described as leading the way in making Wicker Park and Bucktown the artistic hub of Chicago, opening the gallery at her home with the hugely successful exhibition ‘Homewrecker’ and securing a name for itself as one of Chicago’s leading lights in contemporary art. Ever since, an impressive array of national and international, established and emerging artists, have brought the gallery from strength to strength. Among the artists the gallery has helped on their way to success are Carrie Schneider, Dann Gunn and Rashid Johnson, finalist for the Solomon R. Guggenheim Foundation’s Hugo Boss Prize in 2012. There will be plenty of avant-garde, conceptual artwork across all media to keep art-lovers entertained.

The always lively LVL3 Gallery offers emerging artists from around the world with an emphasis on local Chicago based artists the opportunity to showcase their work in an artist run exhibition space run by Vincent Uribe and Anna Mort, who studied at the School of the Art Institute of Chicago. Vincent Uribe, the founders describe their aims in starting the gallery and live-work space as ‘supporting collaborative work and group shows’ in the pursuit of developing ‘connections between emerging and established artists’ in a relaxed but professional environment, bringing in talented artists from outside the city. The large, open space of LVL3 specializes small two and three person groups exhibitions in order help foster collaborative thinking. Located within the gallery is a small specially object shop where they feature many items from creative individuals who have also been featured on their weekly online publication LVL3 Media.

This popular contemporary art gallery specializing in mainly 20th century American art was opened in 2004, with a view to discovering and presenting little-known artists to the art world’s discerning eye. Naturally, Corbett vs. Dempsey focuses particularly on the art of Chicago and the Midwest, as well as work from various American modernist traditions such as figural expressionism, surrealism, Chicago imagist groups and magic realism, to name but a few. Artists exhibited here usually betray some debt so these traditions, although the founders John Corbett and Jim Dempsey are at pains to emphasize that they choose to exhibit any art that moves them, notably original and innovative pieces which combine traditional art with music, especially jazz. A must-visit for anyone with an appreciation for Chicago’s rich jazz scene as well as contemporary art.

A little different from your average gallery, Atomic Sketch is a monthly live art event held at Bucktown’s Green Eye Lounge. Featuring an ever-changing panel of well-known and emerging artists, the event witnesses these artists creating new and original pieces of work, live and watched by hundreds of people. The artists use whatever media they please to create whatever they please, which then goes up for sale at prices affordable for anyone watching. It makes a fantastic opportunity for other artists to come and mingle, but also for anyone else to come and enjoy the art and see how it’s produced, albeit aided by a few drinks, listen to some music and socialize with the arty crowd which turns up.