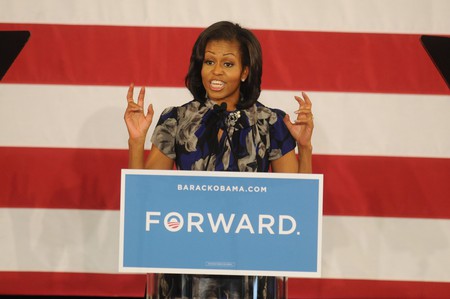 Michelle Obama in 2012. She was First Lady of the United States for eight years | © ZUMA Press Inc / Alamy Stock Photo

Lawyer, author and – as Barack Obama’s wife – the first African-American First Lady in the White House, Michelle Obama has a deep connection with her home city. She writes about her upbringing, her career transition from private law to public service, and her first date with Barack – at a Baskin-Robbins – in her memoir, Becoming (2018). Follow in her footsteps with these Culture Trip highlights. 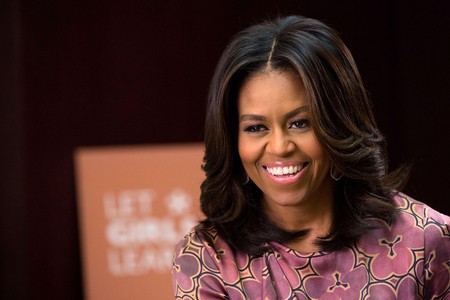 Michelle Obama grew up Michelle Robinson in Chicago. She moved back there after graduating, and it’s where she met and married the future 44th President of the United States. She and her parents are among the 54 percent of Americans who spend most of their lives working and living close to where they were born. In her 338-page autobiography, Becoming, Michelle makes specific mention of Chicago locales nearly 200 times, leaving readers with a familiarity of the city and doubtless an urge to see it themselves.

Michelle’s childhood home can be found at 7436 South Euclid Avenue. In her autobiography, she describes living in a two-storey “cramped apartment on the South Side of Chicago”, with her parents and older brother on one floor and her uncle and aunt on the other. Like her childhood, she says the area may not have been “pretty or perfect” but is “more real than you want it to be.” It was in this overcrowded space where Marian and Fraser Robinson, her parents, shaped the woman who went on to become First Lady of the United States.

Michelle puts her diligent, jovial and reliable character down to her dad, while she says her independence of thought and confidence to articulate her views is drawn from her mom. She remembers with fondness growing up in a close-knit family: her father, who worked at Chicago’s water treatment plant, spent quality time with Michelle and her brother, Craig, while her mother taught her how to read from an early age, and took her often to the public library.

By the age of 25, Michelle was an alumna of Princeton University and Harvard Law School and had started work at the high-end law firm Sidley Austin, on the 47th floor of the Chase Tower in the Loop, the city’s central business district. Visitors here can cast their eyes on the “wide plaza and sculpture out front.” It is one of the sights a younger Michelle would gaze at as she rode the bus to high school, dumbfounded by the “titans” arriving at their work stations.

But despite an extraordinary list of accomplishments, Michelle felt unfulfilled by her career trajectory. In 1989, in the midst of this uncertainty, Barack Obama came into her life, when he joined Sidley Austin and she was his mentor.

Pass by the Baskin-Robbins on 1400 East 53rd Street, where Barack and Michelle went for their first date and had their first kiss. Gordon’s restaurant is where they celebrated after he finished his bar exam on July 31 1991. Barack raised the topic of marriage, and after an argument, he surprised Michelle by proposing to her with a ring hidden in their dessert. (The restaurant permanently closed in 1999 and has been replaced by Maggiano’s.) 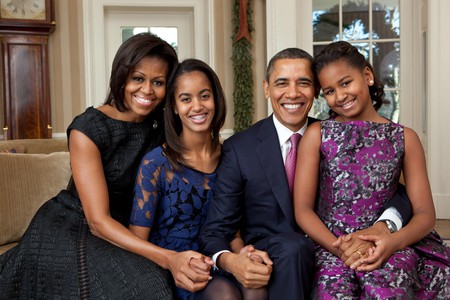 Michelle and Barack wed on October 3 1992 at the Trinity United Church of Christ and held their reception at the South Shore Cultural Center. Between 1993 and 2005, the family lived in East Hyde Park, but moved to Kenwood after Barack was elected to the Senate.

The couple’s two daughters were born at the University of Chicago Medical Center, Malia in 1998 and Sasha in 2001; then in 2008, Barack announced his decision to run for president, and after a grueling campaign, they became the First Family of the United States.

The family moved from Chicago to the White House in Washington DC in 2009. As the first African-American First Lady, a position Michelle said “humbled, lifted and shrank” her, she used the platform to advocate for policies on a wide range of subjects including veteran care, healthier life choices for parents, children and families, and to promote the benefits of higher education to underserved youth.

When Obama left office in 2017, the family cemented its connection with Chicago by inaugurating the nonprofit Obama Foundation that is overseeing the development of the Barack Obama Presidential Center. Located in Jackson Park on the South Side, the project currently plans to house a branch of the Chicago Public Library as well as an athletic facility. It is expected to attract about 700,000 visitors annually, which would help stimulate Chicago’s economy and create numerous jobs, specifically on the South Side. By choosing to put the center in their “backyard”, the Obamas have demonstrated their strong connection to the city that helped make them a history-changing couple. 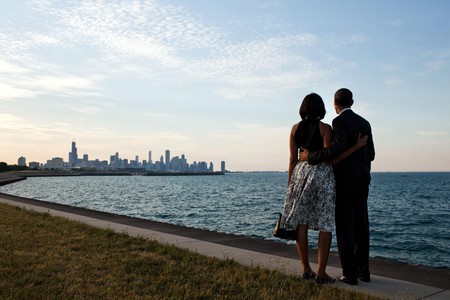 Michelle and Barack Obama’s foundations and future lie in Chicago, the city where they met | © Everett Collection Inc / Alamy Stock Photo
Give us feedback