Behold The Majesty Of The Terracotta Warriors At The Field Museum 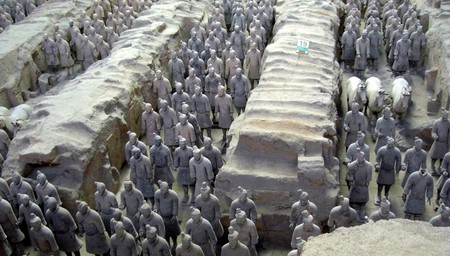 Starting Friday, March 4th, view the infamous legion of terracotta statues as part of China’s First Emperor and His Terracotta Warriors exhibit at The Field Museum. Lifelike statues made up of armed guards, archers, and valiant soldiers were created to protect the tomb of China’s first emperor, Qin Shi Huangdi, for all of eternity. At The Field Museum, learn about what life was like under rule of Emperor Shi Huangdi and get an insight into the burial and afterlife process of China’s first emperor. Catching a glimpse of the ancient terracotta statues is a once-in-a-lifetime opportunity and can only be viewed at The Field Museum throughout the year, so visit as soon as possible!

<< Back To This Month In Chicago