Courtesy of the American Library Association

The American Library Association (ALA) with its headquarters in Chicago will host the 34th annual Banned Books Week from September 25 – October 1, despite controversy surrounding Chicago Public Schools’ (CPS) interpretation of intellectual freedom.

According to the ALA website, Banned Books Week is about ‘celebrating the freedom to read,’ and ‘highlighting the value of free and open access to information.’

It began in 1982 after an upswing in banned and challenged books by parents and librarians swept across the country. Historically, it is the books with ‘controversial’ subject matters that are challenged the most. These criteria can range anywhere from cursing and nudity to witchcraft and homosexuality.

Many of the world’s most beloved classics are banned or challenged books, and readers know little about it. Just a few titles people have fought to remove from shelves include The Great Gatsby, The Catcher in the Rye, The Jungle, The Adventures of Huckleberry Finn, Moby Dick, Where the Wild Things Are, the Harry Potter series and thousands upon thousands more.

The week surrounding literary activists and standing up for intellectual freedom comes at an important time in Chicago. CPS has been at the center of controversy as of late in regards to similar freedoms and access to public information.

It’s been rumored that a CPS principal, Troy LaRaviere, was fired from Blaine Elementary School in April after speaking out publicly against Mayor Rahm Emanuel’s drastic school policies. And once the stories began swirling, Chicago resident Nick Burt filed a Freedom of Information Act (FOIA) request with CPS asking for internal communications and other materials relating to his firing.

CPS denied the request and then ignored his appeal, causing Burt to file a lawsuit against them. On September 13, CPS sent him a large amount of newspaper clippings and media articles regarding LaRaviere’s firing that was not classified at all, and easily accessible without a FOIA request. 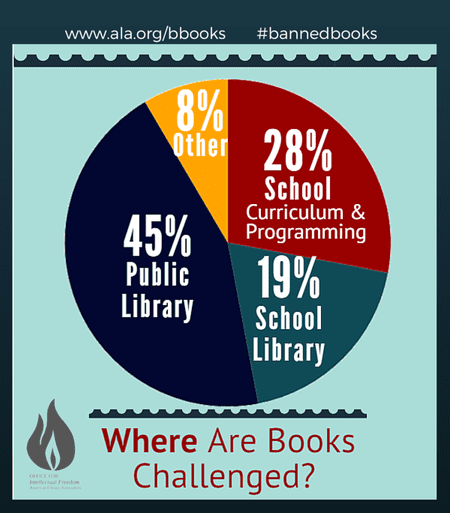 The whole runaround has been catching major media attention and revealing that it’s definitely not CPS’s first brush with corrupt FOIA requests. In 2013, CPS banned Marjane Satrapi’s graphic novel Persepolis from school shelves and then quickly backtracked on that decision following public protest by saying it was all a misunderstanding. They claimed the initial ban was a mistake.

Graduate student Jarrett Dapier filed a FOIA request with CPS in 2014 asking for internal emails and information explaining that ‘mistake’ and why it happened. In return he got digital copies of several emails that were largely blacked out and redacted, rendering them nearly useless.

But Dapier was able to remove the black boxes and uncover the truth: there was no mistake. High-ranking CPS officials did order the ban on Persepolis and only changed their mind when the public pushed back so forcefully. The Chicago Reader published Dapier’s findings and he was awarded the John Phillip Immroth Memorial Award by ALA ‘for defending the principles of intellectual freedom.’

It’s interesting to see the dichotomy between CPS’s apparent buttoned-up version of intellectual freedom in its school libraries and the Chicago Public Library’s (CPL) complete commitment to issues like Banned Books Week. The two public systems in Chicago go hand-in-hand. The city’s youth depends on both of them for free access to information, but they don’t always operate together so smoothly. 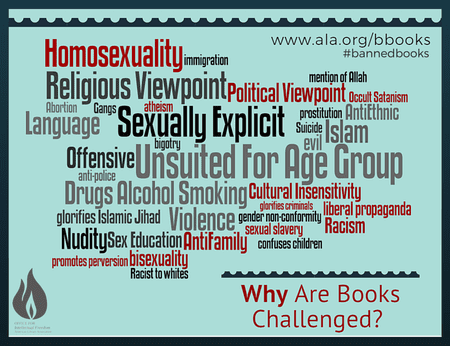 Fortunately, most of Chicagoland comes together every year to put on events in celebration of the freedom to read. In Lincoln Square, The Book Cellar will host a Banned Books Week event on September 27 at 6pm. It will include book trivia, local author readings and an open mic.

CPL will partake in several events across the city throughout the week. The ‘Ban It’ Bandit murder mystery program at the South Chicago branch and a Book Cover Design contest at the Harold Washington Library Center, for example, are sure to be big hits.

Attending one, or several, of these programs is a great way to express your love for and allegiance with banned and challenged books. ALA also encourages readers to connect on social media. Their Facebook and Twitter accounts have promoted the use of the hashtag #BannedBooksWeek to spread their message of defending everyone’s right to read.