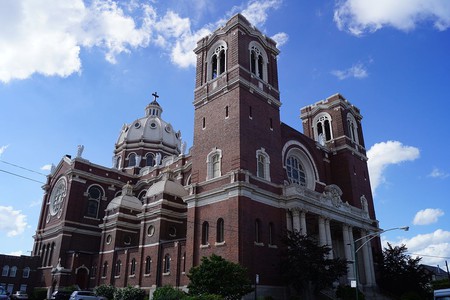 St. Mary of the Angels | © Goldnpuppy/WikiCommons

Famed for its Polish heritage and population, Chicago is unsurprisingly a hub for Polish cathedrals, a type of North American Catholic Church architecture. Churches in this style are known for their monumental grandness and large amounts of ornamentation, comparable to that of churches from the Renaissance and Baroque periods. In the late 19th and early 20th century, Chicago’s growing Polish community necessitated the building of a number of new churches, creating an impressive architectural legacy in the process.

St. Stanislaus Kostka Church in Pulaski Park was founded in 1867 as the first Polish parish in Chicago and is the “Mother Church” of all other Polish churches in the Archdiocese of Chicago. 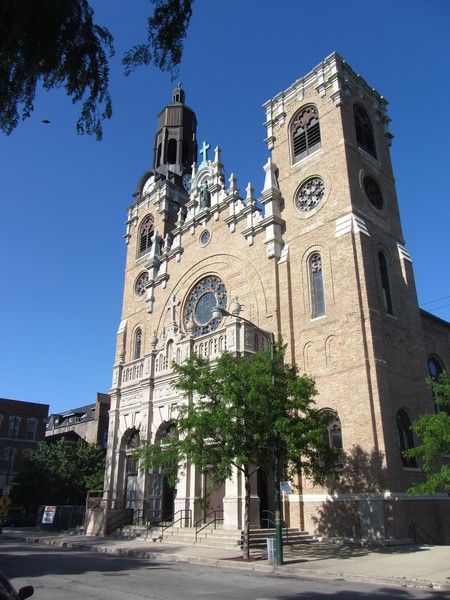 St. Mary of the Angels, Bucktown

The cornerstone of this church was laid in 1914 and, like many Polish Cathedrals, the architectural firm of Worthmann and Steinbach modeled its design on Rome’s St. Peter’s Basilica.

St. Mary of the Angels | © Goldnpuppy/WikiCommons

St. Hedwig’s was completed in 1901 at a cost of $160,000. The church was designed by Adolphus Druiding, who also designed St. John Cantius in West Town. The interior was refurbished in 2008 after a fire.

Founded in 1894, the first Mass took place at St. Hyacinth in 1921. Another work by Worthmann and Steinbach, it was designated a minor basilica by Pope John Paul II in 2003. 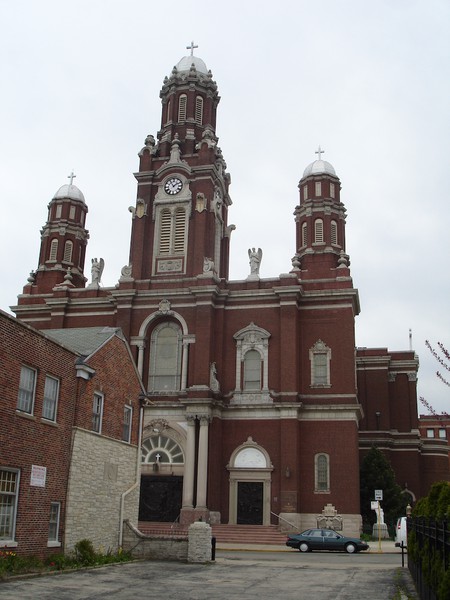 Completed in 1912, this church has stained-glass windows imported from Poland. Also designed by Worthmann and Steinbach, Holy Innocents was one of a number of churches built within the old “Polish Downtown,” which centered on the Polish Triangle at Division, Ashland, and Milwaukee Avenues. 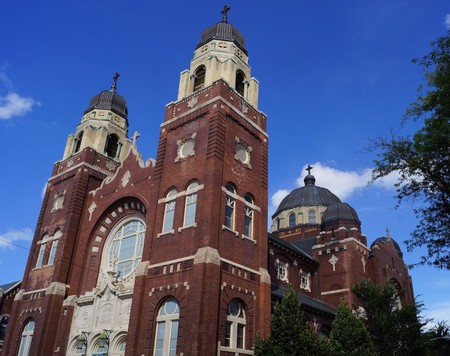 Holy Trinity was founded in 1872 to relieve overcrowding at St. Stanislaus Kostka, but a feud between the two parishes meant Holy Trinity was not recognized canonically until the Vatican sent an Apostolic Delegate to resolve the issue 20 years later. In 2006, the parish hosted Polish Prime Minister Jaroslaw Kaczynski for Mass during a visit to Chicago. 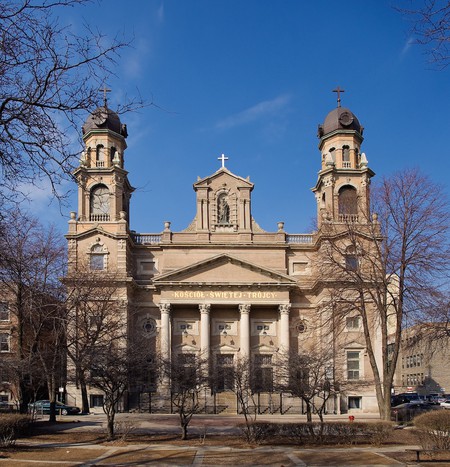 The growth of Chicago’s Polish community necessitated the priest at St. Stanislaus Kostka to begin plans for a new church in 1893, and by 1898, St. John Cantius Church was completed. In 2013, the interior underwent restoration to return it to its original splendor. 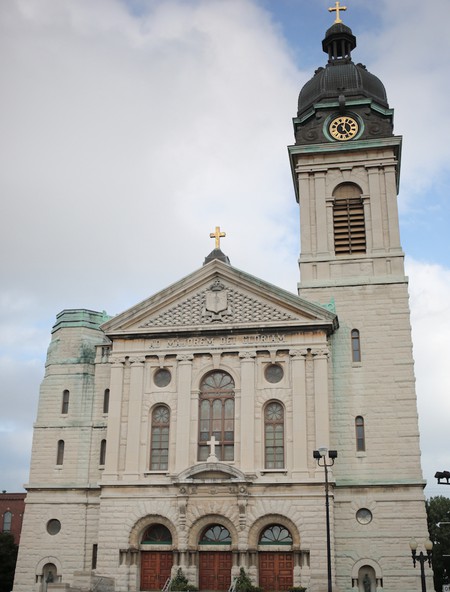 St. Mary of Częstochowa was founded as a Polish parish in 1895, and has since grown to accommodate a large Hispanic population, today offering Mass in English, Polish, and Spanish. Al Capone’s sister Mafalda was married at the church in 1930. 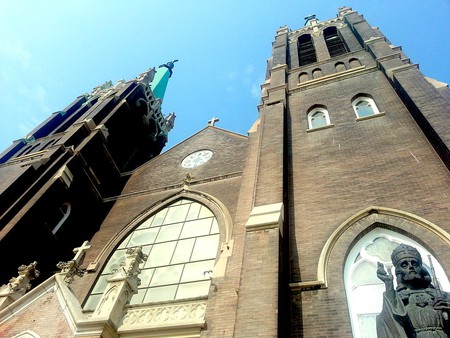