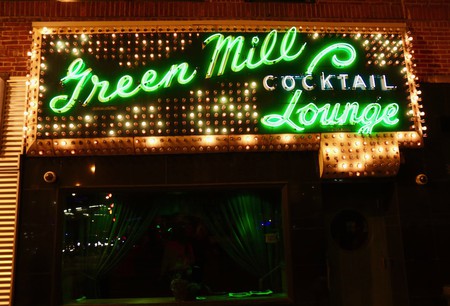 Say what you will about Al Capone—yes, the man was a gangster—but he had good taste in bars. Thanks to its widespread appeal, timeless ambiance, and top-tier jazz performances, one Chicago bar remains just as beloved today by locals as it was during Prohibition by Capone and his gang.

The Green Mill first came on the scene in 1907 as Pop Morse’s Roadhouse, earning instant attention from Uptown residents, traveling musicians and actors. A legendary Uptown House in Harlem provided inspiration for the motif, and a steady cadre of jazz bands illuminated the stage.

During Prohibition, however, the bar entered a notorious new era. Under its existing moniker, one of Capone’s cohorts, Jack McGurn, became part owner of the bar. In addition to some shady business dealings, including attacking a musician who refused to perform at the bar, McGurn and co. established a series of tunnels underground to serve as escape routes to nearby buildings and to smuggle liquor. In the midst of the speakeasy age, gangsters were always looking for ways to evade the law. To this day, Capone’s go-to booth sits at the end of the bar, where he would imbibe while keeping an eye on both the front and rear doors. 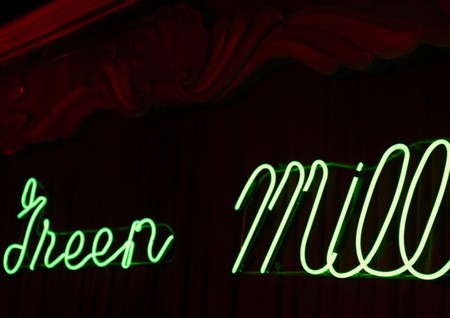 After opening as Pop Morse's Roadhouse in 1907, The Green Mill changed names during Prohition | © Kent Richmond

After Prohibition and the waning of the Capone age, the Green Mill was free to evolve as a more wholesome jazz bar. In the ensuing decades, it established itself as one of the city’s foremost destinations for live jazz, all while retaining the look and feel of a vintage Roaring ’20s-era watering hole. Performers like Billie Holiday, Von Freeman, Wilbur Campbell and Al Jolson have graced these hallowed walls, as younger names like Andy Brown and Ben Sidran continue the musical cycle for new generations. Though the bar went into hard times in the ’70s and ’80s, current owner Dave Jemilo turned things around and returned the Green Mill to its roots when he bought it in 1986. 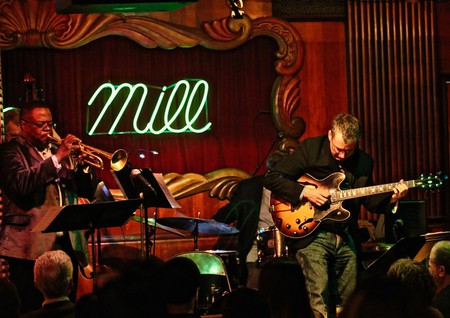 After Prohibition, The Green Mill came into its own as a thriving jazz destination | © Kent Richmond

Part of the appeal of such a timeless establishment is the lack of pretense and frills. While stylized new cocktail bars and music venues pop up around Chicago and the country at a dizzying clip, timeworn venues like the Green Mill maintain the nostalgic sense of yesteryear with affordable prices, quality service and an ambiance that’s welcoming to all. This is the kind of place where couples can get dolled up for date night, or locals can mosey through in jeans for a casual nightcap.

While much of the Green Mill remains the same as its earlier days, one newer aspect is its role in the local arts scene. Notably, the bar became home to the Uptown Poetry Slam in 1986, extending its creative reach beyond jazz. Started by Marc Smith, a nationally acclaimed vet in the slam poetry world, the weekly production has become a Chicago essential for its heartfelt open mic hour, guest performances and slam competition.

Even more recently, the bar became host to an ongoing comedy event called The Paper Machete. Billing itself a “live magazine,” this far-from-standard show features a two-act structure with comedians, musicians, journalists and actors all reading items from the news in their own distinct style.

When the Green Mill emerged a century ago, it quickly cemented itself as a community tentpole; today, the same is true, but with less mob activity and more poetry. 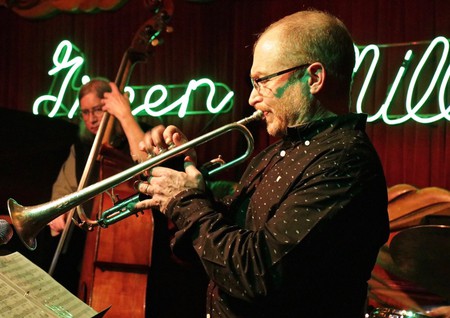 In addition to top-tier jazz, the lounge now features poetry slams and readings | © Kent Richmond
Give us feedback