A History Of The Chicago Cubs In 1 Minute 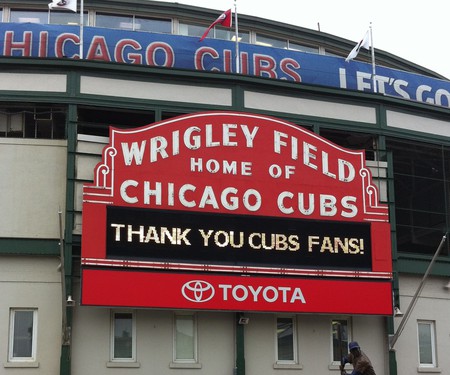 The Chicago Cubs have spent the better part of 2016 taking the baseball world by storm. They’re wrapping up a record-breaking season with more than 100 regular season wins, which they haven’t done since 1935. But though national attention is rarely on the Cubs, they have a long and colorful history as one of the most beloved teams in professional sports.

The Cubs famously haven’t won a World Series since 1908 – or even appeared in one since 1945 – but after a surprising playoff run in 2015, the team came back better than ever this April, and have had the best record in baseball ever since. For all the bandwagon fans, it’s exciting – and for the die-hard fans, it’s nothing short of a miracle.

The team was founded as the Chicago White Stockings in 1876 and was an original member of the National League. Today they continue to play in the NL Central Division. They had a few different nicknames before settling on the Cubs in 1907, including the Colts and the Orphans 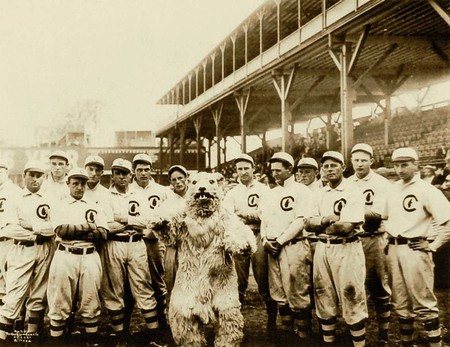 The Cubs became the first team to win the national league pennant in three consecutive years (though in 1906 they lost the World Series to South Side neighbors the Chicago White Sox), and in 1907 and 1908 won the World Series title. Throughout the ensuing 108-year drought, the longest record without a championship in North American professional sports, their victories have been few and far between.

For decades the Cubs’ poor talent and frequent losses were attributed to the famous Curse of the Billy Goat. In game four of the 1945 World Series, the Cubs were playing the Detroit Tigers at Wrigley Field. Fan William ‘Billy Goat’ Sianis was thrown out of the game after trying to bring his pet goat into his box seats. Sianis allegedly said, ‘The Cubs, they ain’t gonna win no more,’ as he was being ejected from the park. The team went on to lose that game and the series, and hasn’t returned to a championship since.

This ‘curse’ has been fodder for Cubs ridicule over the years, and though it’s seen as more of an interesting urban legend than actual fact, Chicago has attempted to embrace it. Sianis already owned his namesake Billy Goat Tavern west of downtown for 11 years before coming to Wrigley in 1945, and moved to its well-known location below Michigan Avenue and Illinois Street in 1964. The tavern has become its own Chicago legend, gaining fame from the Cubs, Saturday Night Live skits and frequent visits from Chicago’s best journalists and media personnel.

Wrigley Field, known first as Weeghman Park, opened in 1914 and has been home to the Cubs since 1916; the name was solidified in 1927. Today it remains the oldest park in the National League, and second-oldest in Major League Baseball, after the Boston Red Sox’s Fenway Park. Wrigley was the last MLB park to host night games and install stadium lights, holding out until 1988. Wrigley Field became designated as a National Historic Landmark in 1987, and highlights around the park such as the outfield scoreboard, ivy-covered walls and marquee sign out front are also protected by landmark status.

Notable modern-era Cubs teams came in 1969, 1984 and 2003. Each team traversed their regular season with promise and proceeded to collapse in the end. The closest the Cubs have come to returning to the World Series was in 2003, when they were playing the Florida Marlins at Wrigley Field in game four of the National League Championship Series. In the eighth inning, the Cubs were only five outs away from securing their first trip to the World Series in 58 years. A fly ball was hit to shallow left field, and fan Steve Bartman leaned over the wall and caught it, preventing left fielder Moises Alou from making an important out. This shook the team and subsequently caused infielder Alex Gonzalez to bobble an easy grounder, eventually leading to their demise. They lost the game and the series, seeing a championship slip away yet again. 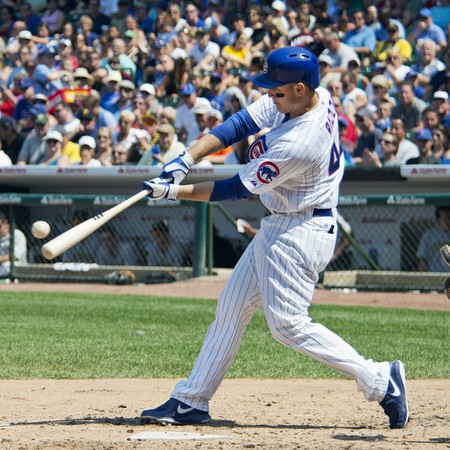 Though the Cubs have long been considered the Loveable Losers of baseball, their team has produced one of the highest number of players inducted into the Hall of Fame with 14 entries total. The team also has six retired jerseys in honor of iconic players: Billy Williams, Fergie Jenkins, Ernie Banks, Ryne Sandberg, Ron Santo and Greg Maddux – and with the Cubs’ current success, hopefully those numbers will only go up.