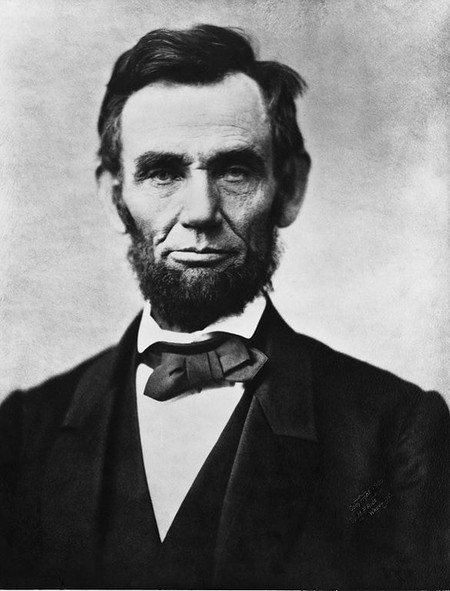 Illinois is the Land of Lincoln for good reason. Abraham Lincoln went all over this great state – not just Springfield! Here is a list of places that have historical connections to Honest Abe for history buffs to enjoy statewide. 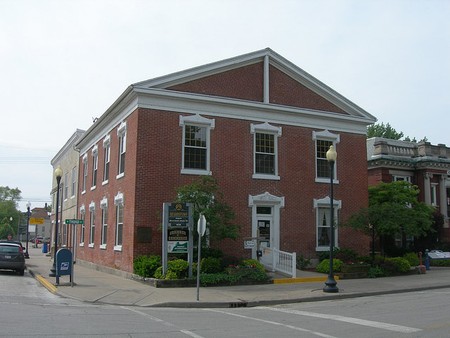 Beardstown Courthouse is 45 miles northwest of Springfield and is a memorable site of Lincoln’s famous Almanac Trial. When Lincoln was a practicing lawyer, he worked on a pretty famous murder case. Lincoln was known and admired for being for being a civil suits lawyer, but he took on the Almanac Trial in which he expertly argued a murder case. It’s called the Almanac Case for a reason! Lincoln examined the witness who claimed he saw one of the defendants striking the victim at night. When Lincoln asked him how he was able to see it, he answered “by the light of the moon.” Lincoln then took out an almanac which proved that on the night of the murder the moon was in the first quarter and set shortly after midnight. It wouldn’t have been possible for the moon to provide the light that he claimed. With that clever evidence, Lincoln won his case and has been celebrated in Beardstown ever since. His lawyering days like this were hilariously recreated in the show Drunk History, which can be enjoyed before making the necessary trek to Beardstown!

Dreamy snow days in Galena Country. Can't wait for another batch of fluffy stuff to arrive. #GetToGalena photo by @1moremarathon

Galena is overflowing with civil war-era history, so it’s no surprise that Lincoln traveled Ulysses S. Grant’s hometown. The DeSoto Hotel was once the largest hotel in the region and it was nice enough for Abraham Lincoln to stay there for a few nights. The hotel is still running and remains proud of its history housing civil war generals and the president of the United States. Stay here for a taste of history that will transport you back to the 1800s! The hotel is also said to be haunted and has been featured on TV shows including Ghost Adventures. Sounds like this hotel is so great that the spirits never want to leave!

Bryant Cottage is a small, restored white house in Brement, Illinois that might not look like much to onlookers. It is, however, of great historical important to Abe Lincoln’s life. The cottage was built in 1856 by Francis E. Bryant who was a friend of Senator Stephen A. Douglas. The Bryant family still passes down this story in their family: on July 29, 1858, Douglas and Lincoln met in the parlor of this cottage and planned their now-famous Lincoln-Douglas Debates. The quiet one-story cottage does seem like a wonderful place for two politicians to focus and plan! The cottage has since been restored to its original glory and is a wonderful example for all history buffs looking to see how a middle-class family lived in the 1800s in Illinois.

A lot of places in Illinois claim to have been Lincoln’s home, but when he was a practicing lawyer he truly did live in the pioneer village of New Salem. The village was 20 miles northwest of Springfield and is now known as Petersburg, Illinois. From 1831 to 1837, the young man in his twenties had a number of jobs before becoming a lawyer. He worked as a boatman, a rail splitter, a postman and even owned a general store at one point. That’s American entrepreneurship at its finest! Visit this recreation of the village he lived in that also includes a model of the steamboat Talisman that once chugged up and down the Mississippi River.

The Lincoln Log Cabin preserves the rural Illinois home of Thomas and Sarah Bush Lincoln who were Abraham’s father and step-mother. This was not his childhood home, but rather the place his parents moved when Lincoln became a lawyer in Springfield. Lincoln never lived in the home, but he visited and helped his family financially a great deal. In 1893, the cabin was actually disassembled and sent to Chicago as an exhibit in the World’s Columbian Exposition. It is believed the original cabin was possibly used as firewood. This is a replica recreated from photographs on the same spot as the original.

Bellevue has a different kind of special connection to Abe Lincoln because it has no real connection to the man himself. Rather it’s the place where Mary Todd Lincoln was institutionalized after the death of her husband and her son. In 1875 a court in Chicago deemed her behavior “irrational” and ordered her to be institutionalized in the newly opened Bellevue in Batavia, Illinois. Mary Todd’s confinement has always been hotly debated, but she was not nearly as confined to Bellevue as the other patients. It is said she visited people in town, ate meals with friends and doctors, and even visited friends in nearby towns. She was released and went to live with her sister in Springfield, but Bellevue still stands and remembers the first lady’s fascinating tenure there.

No historical trip to Lincoln’s sites is complete without a visit to his final resting place. Head to the state’s capitol to see Lincoln’s impressive memorial which includes a bronze bust of Lincoln’s head, a statue of him and gorgeous granite sculptures. The real tomb is held in Oak Ridge Cemetery. The tomb also has the remains of his wife and three of their sons. Pay your respects to the 16th president and have a virtual tour of the place below.