A Guide to Co-Living in Chicago 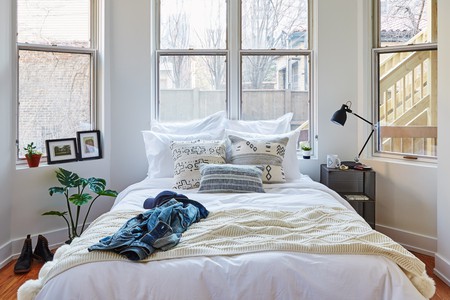 Co-living might have origins in Silicon Valley among groups of people working for tech start-ups, but the communal-living trend has spread to New York, L.A., London, and now Chicago. From those moving to a new city to someone who wants to meet new and fascinating people, co-living helps many thrive at home and beyond.

Co-living is the idea that the space in which you live can be more than just a place to sleep and keep your stuff. It can also provide an IRL social network. Residents are more than roommates who merely tolerate each other—they’re often close friends. Those who seek out co-living usually do so specifically to meet new people, make real connections, and participate in a community.

“Co-living is most beneficial for individuals who want a better roommate experience,” says Brad Hargreaves, founder and CEO of Common, a co-living complex developer with locations in New York, San Francisco, Washington, D.C., and Chicago. “… Renters are looking to engage with, grow, and build a community with roommates, rather than just have a place to sleep.” 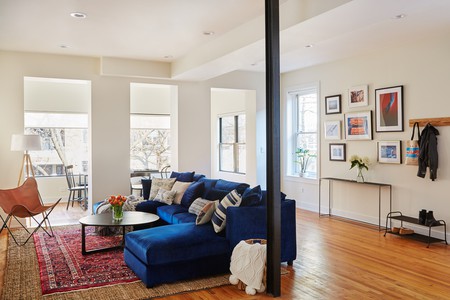 Co-living apartments place an emphasis on the shared spaces within the unit and the building. | © Common

Many argue that co-living isn’t all that different from finding a place and roommates on Craigslist or through other similar channels. In either case, renters are looking to share space with others—usually strangers—to save money. So, why choose co-living?

When renters move into a co-living space, they aren’t just signing up for a room; they’re signing up for social events, superior amenities, and—perhaps among the more attractive features—individual leases. You might share a three-bedroom space with two other people, but you’re only responsible for your rent, even if the other bedrooms are vacant. At many locations, utilities are included in the rent, as are cable and Internet, and the space is fully furnished. The bedrooms might be a bit on the smaller side, but the emphasis is on the shared areas within the apartment and the building. The goal is to socialize, meet people, and spend less time alone in your bedroom.

“We have found that most of our members choose co-living for the convenience and value first,” Hargreaves says. “Once they move in, they realize that so much of that value exists beyond the financial savings and is found in the strong community among their suite and housemates. Common’s membership … ranges from people moving to the United States for the first time to people looking for a better roommate experience in their own city to couples who don’t mind sacrificing some space for community and amenities.”

Amenities offered at Common, which has locations in Pilsen, Ukrainian Village, and Lakeview East, include a 24-hour gym and plenty of space to attend or host events. At L in Logan Square, residents enjoy a rooftop deck and a lounge with free coffee, as do the renters at South Loop’s 30 East, where they also take advantage of the game and media room. 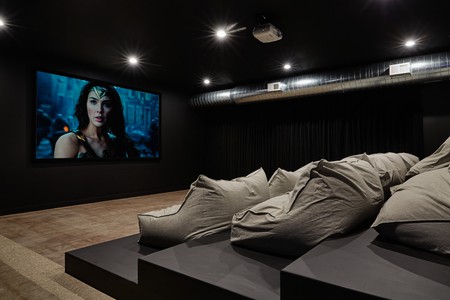 Amenities at co-living complexes often go above and beyond, including this movie theatre at one of Common's apartment complexes | © Common

Emily Horner, a 25-year-old apparel designer, had a sudden change in her living situation and needed a new place quickly. She had a fixed budget, but as with many other millennials, she wanted to live in the city and was willing to make sacrifices to do that.

“I knew I wanted to live near public transportation and in a neighborhood with lots to do,” Horner says. “I found Common when searching for apartments in the neighborhoods I was interested in. The value was undeniable.”

Horner has now been living at Common for seven months and says co-living has been hugely beneficial for her. “I, like anyone, need alone time … but I also enjoy having someone to eat dinner with, watch a show with, or just hang out with. Those who thrive [in co-living] enjoy spending lots of time with other people … Those who don’t care to cultivate new friendships or are not willing to compromise [probably wouldn’t enjoy it].” 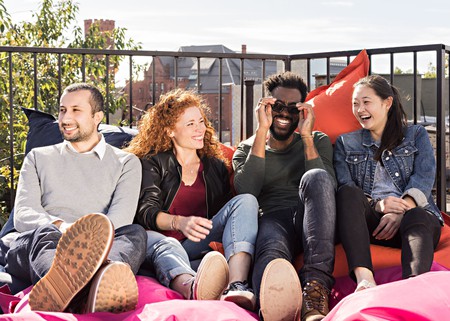 The future of co-living

Although gaining popularity at an astounding rate, it’s hard to say how co-living will continue to evolve. As millennials obtain disposable income, meet people, and couple up, will the concept continue to hold its appeal? Hargreaves thinks that it will grow with those who believe and partake in it. “The future of co-living is limitless and can be evolved to suit many different [needs], including families and seniors,” he says. “Common is home to members of a wide range of ages. We don’t consider Common to be short-term housing …”

Horner isn’t opposed to the idea of co-living in the long term, but she’s also unsure what the experience would be like with a partner. “Currently, we do not have any couples living in the home,” she says. “I would be interested to see how that interaction would work in our home prior to trying it myself with my own partner.” For now, Horner is happy to have cultivated new friendships and is looking forward to more shared experiences with her housemates. “I think that I’ve grown close with the people that have been here since we all moved in, and when new roommates move in, our relationship with those individuals grows, as most do, from the ground up. I’m from a different city and came here with few people to spend time with. I can now say I truly feel like I’ve found another family.” 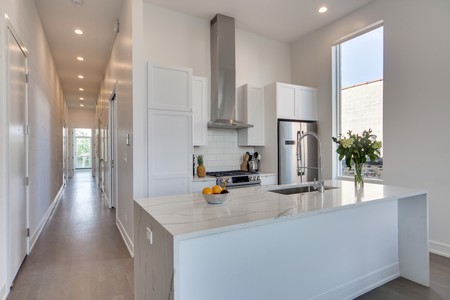 In many cases, even the kitchens are fully stocked with utensils, pots, pans, and more. | © Common
Give us feedback