A Guide To Art And Entertainment In Chicago's Old Town

Art Gallery, Library
The Great Wave of Kanagawa by Katsushika Hokusai | © Library of Congress/Wikicommons
Judging from its sleek yet minimalist exterior, the Floating World Gallery may not seem like the typical art gallery, but once inside, the gallery comes alive with an impressive collection of art. The Floating World Gallery contains a huge collection of 20th-century Japanese art. For the last two decades, the gallery has displayed the work of Japanese artists and Japanese-inspired Western artists. Works from artists like Tsuchiya Koitsu, Kawase Hasui, and Katsushika Hokusai are featured at the gallery, among countless other iconic Japanese artists. Most recently, the gallery showcased the exhibit Creating What Has Never Been, which focused on post-war pieces. Visit the Floating World Gallery and experience the best of Japanese art the city has to offer.
More Info
Open In Google Maps
1925 North Halsted Street, Lincoln Park, Chicago, Illinois, 60614, USA
+13125877800
View menu
Visit website
Visit Facebook page
Send an Email
Give us feedback

The UP Comedy Club in Old Town is relatively new to Chicago, but it has quickly established its spot as one of the best comedy clubs in the city. Guests can enjoy food and drinks in the cabaret-style venue while watching sketches and improv shows. UP has welcomed comedians from Jerrod Carmichael, Al Madrigal, and John Mulaney. Upcoming shows include the Laugh Out Loud Tour, The Second City’s Fast Loud & Funny, and Improv All-Stars. Don’t miss out on this true Chicago experience. 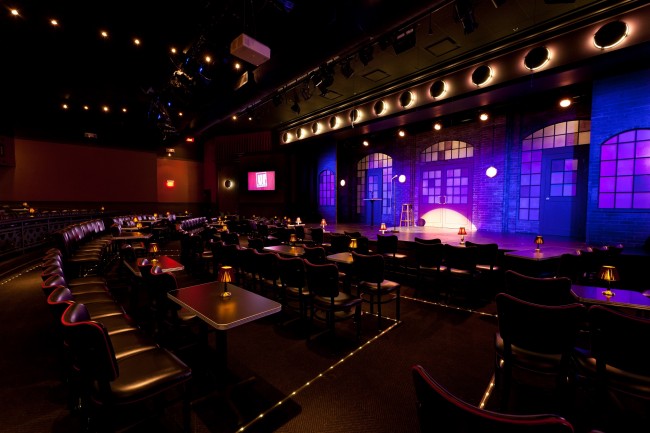 courtesy of UP Comedy Club

Art Gallery
Paintbrushes | © Futurilla/Flickr
The Old Town Triangle Association offers a creative outlet not only for residents of the Old Town neighborhood but also for anyone looking to have fun learning experience about art. Express yourself through art from dramatic oil paintings to whimsical watercolor pieces. The Old Town Triangle Association works to promote and teach art to the community through art gallery showings and the annual Old Town Art Fair. The current exhibit at the Old Town Art Center is Saints and Legends by Norman Baugher.
More Info
Open In Google Maps
1763 North North Park Avenue, Old Town Triangle, Chicago, Illinois, 60614, USA
+13123371938
View menu
Visit website
Visit Facebook page
Send an Email
Give us feedback

Theater
Steppenwolf Theatre is home to four stages and 49 ensemble members. | © McDuff/WikiCommons
Aside from the deep dish pizza and sports teams, Chicago is also known for its growing theatre scene. The Steppenwolf Theatre in Old Town is no stranger to the scene. The Steppenwolf is already an established theatre company known for putting on riveting stage productions, as well as being the place for aspiring performers to launch their careers. Venture to the Old Town neighborhood and experience some of the best ensemble-led stage productions. Steppenwolf’s upcoming lineup includes Mary Page Marlowe, Constellations, and Between Riverside and Crazy.
More Info
Open In Google Maps
1650 N Halsted Street, Old Town, Chicago, Illinois, 60614, USA
+3123351650
View menu
Visit website
Visit Facebook page
Send an Email
Give us feedback

Theatre
A Red Orchid Theatre is an ensemble-based theatre with Hollywood roots. A Red Orchid Theatre was co-founded by Michael Shannon in 1993, and since then, the theatre has become a spot for aspiring writers, directors, and performers to come together and produce dramatic plays. The theatre specializes in stage productions written by local Chicago playwrights. Support local artists and see a show at the Red Orchid Theatre. Sender is now showing at the theatre, which tells the story of a man thought to be dead who returns back to his home and is forced to confront the dire situations he has returned to.
Looks like it's closed Hours or services may be impacted due to Covid-19
More Info
Open In Google Maps
1531 North Wells Street, Near North Side, Chicago, Illinois, 60610, USA
+13129438722
View menu
Visit website
Visit Facebook page
Send an Email
Give us feedback

For a entertaining night out in the city, visit Zanies Comedy Night Club in Old Town. Zanies has been around for decades and has established itself as one of the seminal comedy clubs in the city. The laid-back atmosphere of the venue is perfect for visiting any time of the week with friends. Upcoming shows include The Female Funnies, a show centered on women comedians, and appearances by Kevin Bozeman, Adam Burke, Calvin Evans, and other talented comedians. 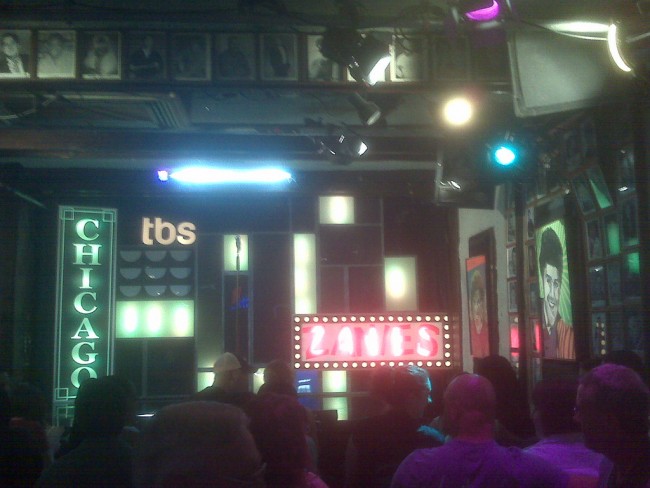 Art Gallery
Art gallery | © Richard Anderson/Flickr
The Thomas Masters Gallery in Old Town is the perfect place for visitors to view art while enjoying the bustle of Chicago. At the Thomas Masters Gallery, over 30 artists are featured with pieces that range in medium, most of which consist of sculptures and paintings. Artists like Magdalena Abakanowicz, Tim Anderson, and Jean-Gilles Badaire have their art front and center, among a number of talented mixed-media artists. Past exhibitions have included Short Stories, a group art show featuring some of the TMG artists.
By Alyssa Reyes
More Info
Open In Google Maps
245 West North Avenue, Near North Side, Chicago, Illinois, 60610, USA
+13124402322
View menu
Visit website
Visit Facebook page
Send an Email
Give us feedback
Give us feedback