A Contemporary Perspective Of Chicago — Via Helicopter

Chicago has its highly sought-after tourist hot spots like The Bean and the John Hancock building, but Matt Marzahl takes it to a new level — literally — with aerial views of the city. This photo essay reveals fun facts and highlights fantastic alternative options if the weather or traffic is not in your favor. This photographer knows the lay of the land, as you should too. 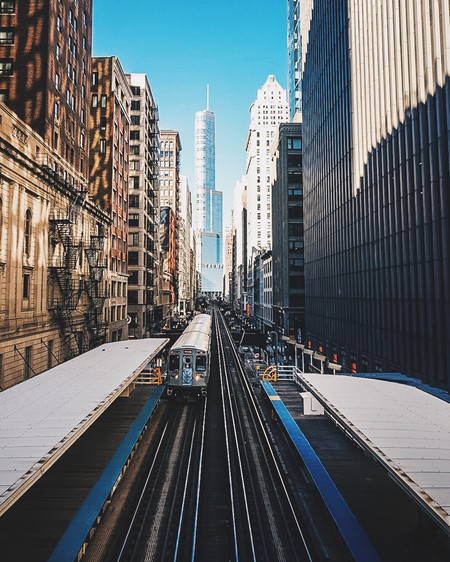 Chicago’s elevated transit, aka ‘The L,’ is always a scenic route to take when exploring different neighborhoods. This shot was taken at the Madison/Wabash station. 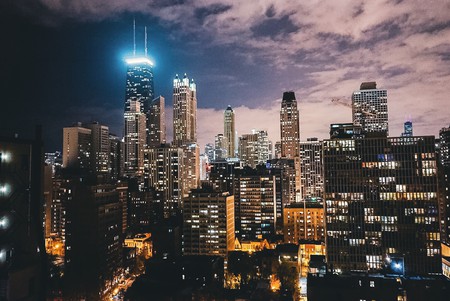 Chicago at night is a remarkable sight — the signature yellow glow of the streets can really be seen if you can get high enough up to see the blue hue of the taller buildings. 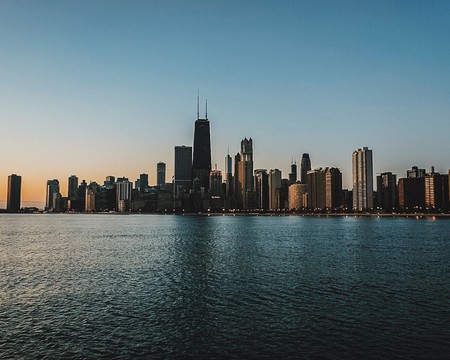 It’s a little too cold to hang out at North Avenue Beach anytime soon, but the running path along the lakefront offers great signature skyline views of the city. 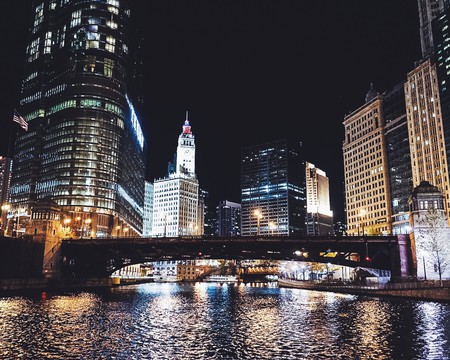 Chicago’s riverwalk has recently undergone an amazing makeover. It offers spots to hang out, eat and drink, and great views of Chicago’s architecture. 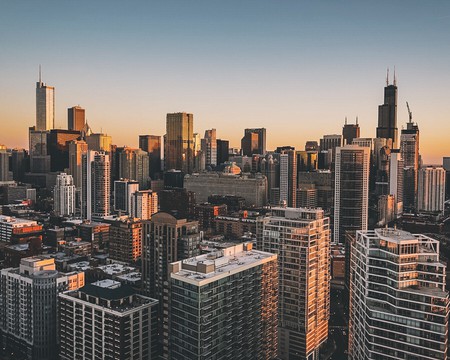 This southern view from Chicago Avenue looks over River North and then on to the Loop. Sunsets from a rooftop produce breathtaking colors on the west side of the city skyline. 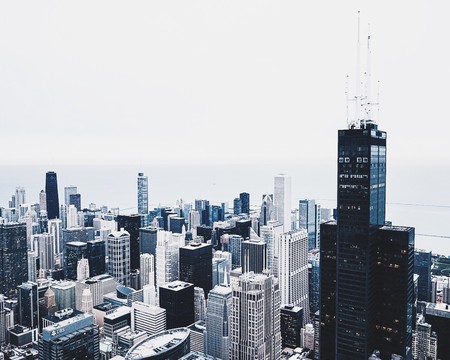 Chicago has four of the ten tallest buildings in the U.S., and the SkyDeck on the Willis Tower is a great way to see the other three and a killer look down from the 103rd floor through protruding glass balconies. 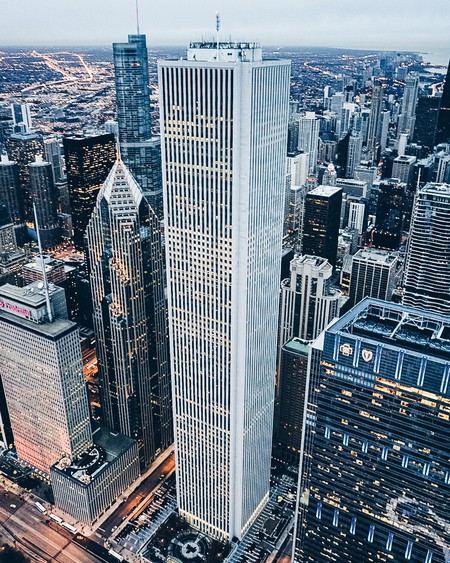 The AON Center is overlooked as a Chicago attraction, but it happens to be in the top ten tallest buildings in the U.S. It sits on the northern edge of Millennium Park and attractions like The Bean. 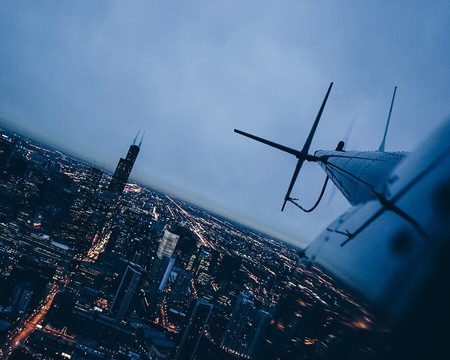 Chicago has tons of different tours you can take — helicopter tours aren’t for your average tourist, but the city has several operations that pose for amazing photography sessions. 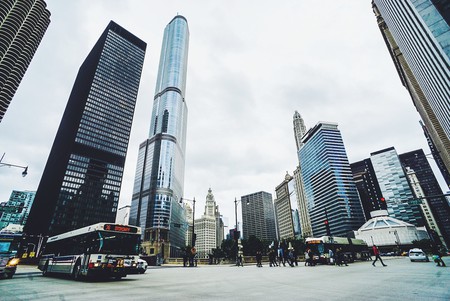 Wacker Drive runs from the Loop along the river and takes you to Navy Pier if you stay on till the end. This intersection at State Street is just north of the Chicago Theatre where you can see buildings like Trump Tower and Marina Towers. 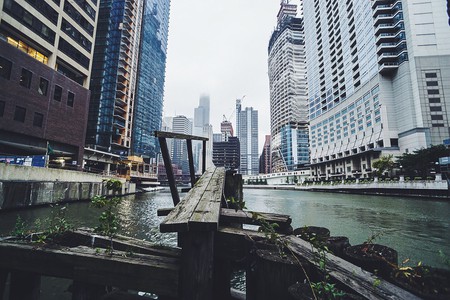 The Chicago River cuts through downtown separating neighborhoods. When the weather is nice, and traffic is bad, Chicago Water Taxi is a great alternative to get from the Loop to the Gold Coast. 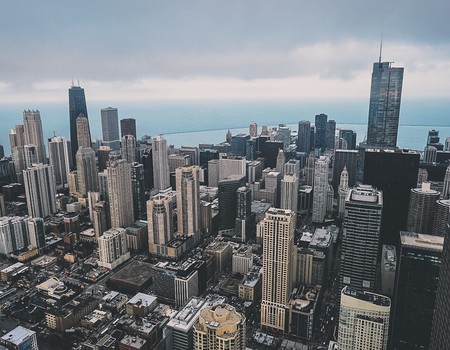 The Gold Coast is probably the most sought-after neighborhood for tourists. It pretty much houses every genre of food, shopping, and nightlife. 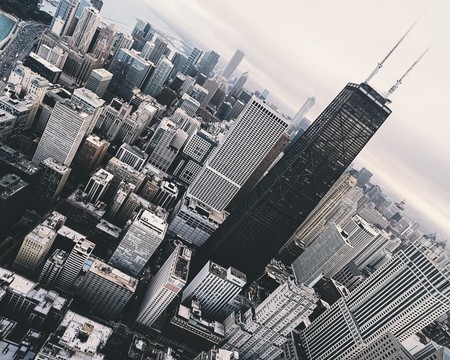 The John Hancock building sits at the northern end of the Magnificent Mile, which is the mile-long stretch of Michigan Avenue’s staple retailers. 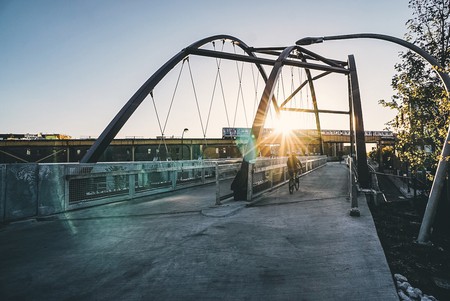 A little further northwest is my stomping ground, Wicker Park and Bucktown. Milwaukee Avenue is a great street that you can explore for hours with a huge variety of boutiques and restaurants. Pictured here is the repurposed railway-turned-running path, ‘The 606,’ as it crosses over Milwaukee Avenue. 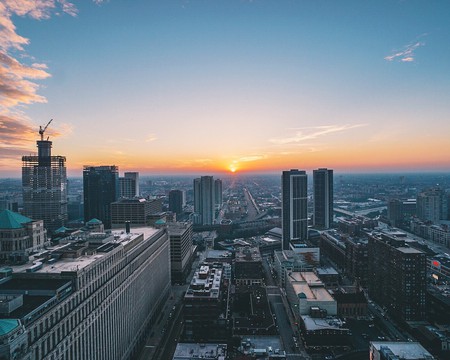 The view most often overlooked from downtown is westward. Unobstructed by a city skyline, the sunsets make it seem like Chicago’s reach sprawls on forever.

Matt has been living in Chicago now for going on six years, his first four spent at UIC competing on the track team and fulfilling a double major. With plenty of exploring and familiarizing him with Chicago during school, it wasn’t until this past year that he picked up a camera and finally started capturing the amazing views he came to be so familiar with.