A Chicagoan’s Guide to London Neighborhoods 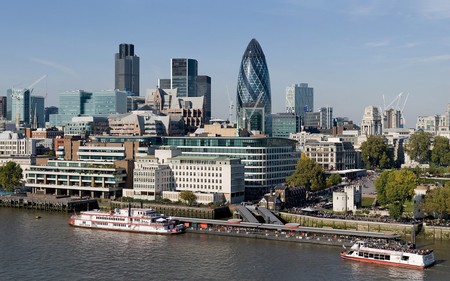 London and Chicago are incredibly different cities, but when visiting a new place for the first time, it can be helpful to have a point of reference. If you’re traveling to London from Chicago—or vice versa—here are a few amazing neighborhoods that have wonderful similarities and fascinating differences that you’re sure to appreciate.

Gold Coast and Knightsbridge are shoppers’ paradises, with designer names adorning the glitzy storefronts that line the streets of each. Gold Coast is home to the Bloomingdale’s home store, which is set in the historic Medinah Temple building. The neighborhood is also adjacent to the famous Magnificent Mile, which has most any shop and department store you could hope for. Knightsbridge has the internationally acclaimed Harrods luxury department store, host to nearly every high-end designer in some form or fashion, as well as Shoe Heaven, which sits on the top floor and is truly a mecca for footwear fanatics. Additionally, tourists will revel in the restaurant selection and swanky hotels that abound in both neighborhoods. 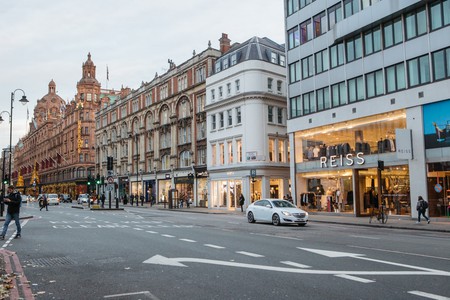 Logan Square and Brixton are undergoing transformations, and many of the same questions are being asked about each—is this regeneration or gentrification? Are needed improvements pushing out lower-income residents? The short answer—to a question that deserves a complex response—is, yes. But the neighborhoods have a lot to offer residents and tourists. Both are burgeoning foodie havens and include venues that maintain the quirkiness of the areas’ histories. Among the many farmers’ markets, eccentric stores, and acclaimed restaurants in each, Logan Square now features The 606, an abandoned train line transformed into a biking-and-running trail with green space. David Bowie’s birthplace now offers ritzy cinemas, as well as pop-up shops and events. 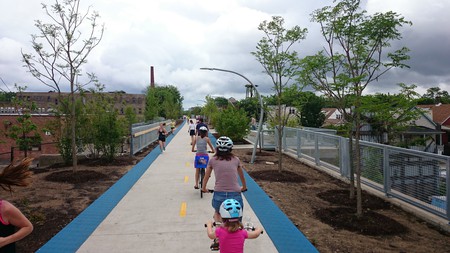 Lincoln Park, Chelsea, and South Kensington are just outside of the hustle of the city but are easily accessible and have plenty of city amenities, including bus and “L”/Tube stops. The King’s Road in Chelsea is lined with many upscale boutiques, restaurants, and coffee shops, similar to Lincoln Park’s Armitage Avenue. Both are rife with cultural opportunities, including the Chicago History Museum and London’s Victoria & Albert Museum in South Kensington. DePaul University’s main campus is in Lincoln Park, and South Kensington has Imperial College London, institutions of higher education set in urban landscapes. Visitors will also find Kensington Palace in Hyde Park in South Kensington—sorry, there just isn’t a Chicago equivalent for that. 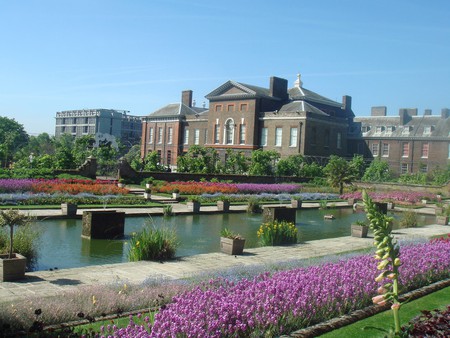 There are few, if any, American equivalents to Kensington Palace in South Kensington | © Yvon / Flickr

The Loop, Chicago & the City of London

Renowned centers of finance and known for stunning architecture, The Loop and the City of London have many similarities. Each is home to or near the tallest structures in the cities, the Willis Tower and The Shard, respectively. The working crowd can have a stroll by the River Thames on their lunch break in London or take a breather by Lake Michigan in Chicago. Shops and other businesses tend to shut or have shorter hours on the weekend, as neither area is primarily residential. However, London’s Borough Market, located in Southwark but near the City of London, is open Monday through Saturday, and visitors will find endless food stalls with bites from around the world. The only Loop equivalent might be the Taste of Chicago in Grant Park, but this event occurs for just a few days once a year.

Buzzing with activity and filled with trendy restaurants and upscale bars, as well as sought-after homes and apartments/flats, River North and Mayfair are very similar and very different. Each area is where you’re most likely to find the posh younger set at a decadent dinner before hopping from champagne lounge to whiskey bar to a Chicago club or a London private members’ club. Although River North is a bit busier than Mayfair, and venues tend to stay open later, Mayfair boarders Soho, which better accommodates the night owls. Soho also offers Oxford Circus, reminiscent of the Magnificent Mile, which lies between River North and Gold Coast. 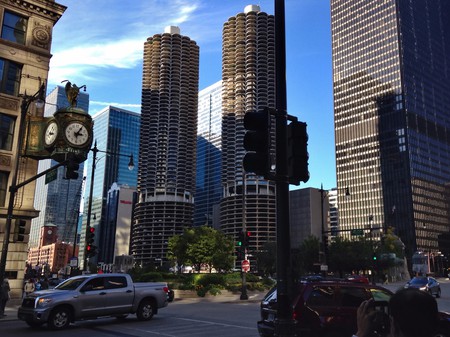