A Brief History Of The Chicago Literary Renaissance 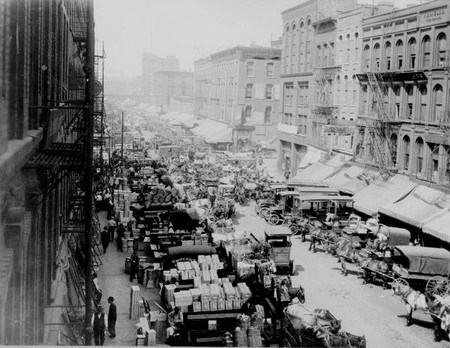 The Chicago Literary Renaissance took place from around 1910 to the mid-1920s, however the events that helped fuel this movement started in the decades preceding it. The Industrial Revolution created a demand for jobs in the city, leading to urban populations growing at a fast rate. Chicago in particular became more attractive to new residents, including writers, after the great spectacle of the 1893 Columbian Exposition World’s Fair made the city the metropolitan center of the Midwest. The city had become a leader in building innovation to house this growing population following the Great Fire of 1871, which led to the demand for steel-framed buildings during rebuilding. Chicago’s growth drew writers like Theodore Dreiser, Sherwood Anderson, and Floyd Dell, and poets like Carl Sandburg, Edgar Lee Masters, and Harriet Monroe.

Writers and poets sought to depict these new urban spaces in a realistic way, picturing the failure of cities to fulfill their promised reward for hard work and the rise of city slums. Those involved felt that the realities of dirty city life had become too materialistic and had led to a loss of the traditional rural values of the exploited lower class. Their work was often a mixture of nostalgia for the small-town life the writers themselves had left and the grotesque realities of the city’s working people. This group was the beginning of American Realism and Naturalism that took hold in the 20th century. 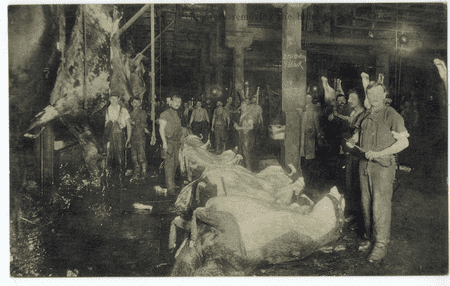 Chicago’s newspapers played a major role in this movement serving as incubators of literary talent with writers like Dell, Anderson, and Sandburg on staff, revitalizing journalism as a literary art. Writer and journalist Upton Sinclair’s novel, The Jungle, was originally published in serial form in a newspaper. The story was based on his investigation in meatpacking plants of the Chicago stockyards, exposing the corrupt practices found there with wages and working conditions, earning him a reputation as a muckraker for his efforts. 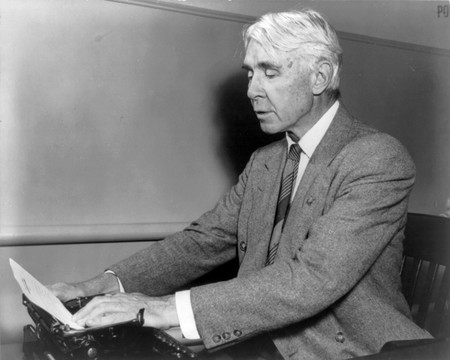 Sandburg’s poetry collection Chicago Poems is regarded by many as the pinnacle of the literary renaissance with its social realism and praise to the American agriculture and the industrial working man. The poems were also featured in the Monroe’s newly founded Poetry magazine, one of the little magazines and literary groups that not only introduced these Chicago writers but also promoted an exchange with notable European writers including James Joyce and W. B. Yeats.
With World War I and consequent rise of literary modernism, however, the writers began to disperse, and by the Great Depression, the movement was over.