A Brief History Of Mexicans In Chicago 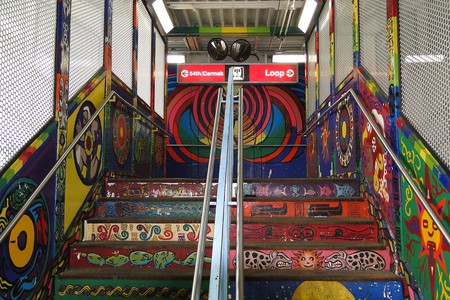 Everyone knows the cultural strength of Pilsen is a major part of Chicago’s ethnic footprint, but few know the full history of the city’s Mexican population. Read on for an outline of this community’s imprint on Chicago.

Today the Mexican community is strong in Chicago, but it doesn’t have the same story as the city’s many European pockets. Mexican immigration didn’t take off until the 1910s, and then all but stopped during the tight immigration restrictions of the 1920s and 1930s. Following this, a large majority of the Mexicans coming into Chicago were migrating from the southwestern United States. 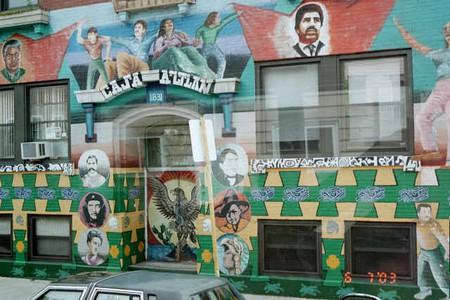 Many of those coming to Chicago were single males looking for work, who took unskilled jobs and sent money back to their families. But there are now more than 578,100 people living in the City of Chicago of full or partial Mexican origin, according to the 2010 census. Another 400,000 live in surrounding Cook County. Chicago is only second to Los Angeles of major U.S. cities with Mexican-born residents, and has surpassed Houston and San Antonio in the last 20 years in terms of total Mexican population.

Chicago’s two major Mexican neighborhoods are currently Pilsen and Little Village, but they weren’t always known as such. Pilsen got its name from the large group of Czech immigrants who settled there in the late 1800s, following groups of Germans and Irish. The Czechs modeled it after Plzen, a city in the Czech Republic. Mexicans didn’t move into the neighborhood and make it their own until the 1950s and 1960s, following the expansion of the University of Illinois at Chicago campus and eventual displacement of the area’s Mexican residents.

Throughout the next three decades the Latino population in Pilsen continued to grow, but has recently tapered off. The neighborhood has welcomed a more diverse community and experienced some effects of gentrification, though the Mexican-American culture is still alive and well. The heart of Pilsen runs along 18th Street roughly between Ashland Avenue and Halsted Street. The route is peppered with authentic Mexican eateries, bars, shops and public street art celebrating the neighborhood’s history, and Pilsen is also home to the National Museum of Mexican Art, which houses more than 8,500 permanent pieces and spans more than 3,000 years of culture and creativity.

Little Village in South Lawndale is similar to Pilsen in that it didn’t fully form into a Mexican neighborhood until the 1960s and 1970s. Though preceded by a strong Polish population, the area is now called the ‘Mexico of the Midwest’ by locals. 26th Street is the heart of Little Village and is most famous for throwing an annual parade in September for Mexican Independence Day, attended by 1,000s every year who come from all over Cook County to celebrate and show their Mexican pride. 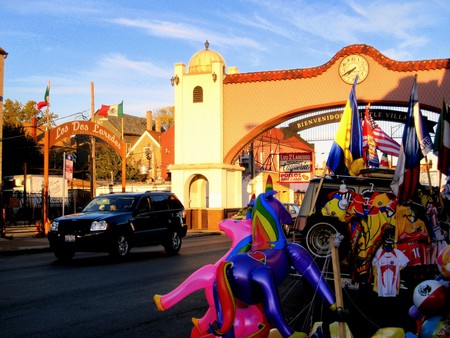