A Brief History Of Irish-Americans In Chicago 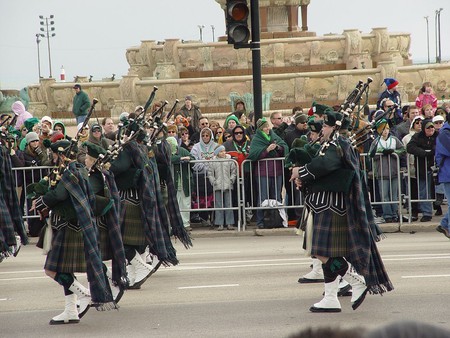 The South Side Irish is one of the largest and most prominent ethnic communities in Chicago. Residents in the Beverly, Morgan Park and Mount Greenwood neighborhoods raise their young generations to be proud of their Irish heritage and annually celebrate St. Patrick’s Day with a long, massive parade through the streets.

It wasn’t always a piece of cake to be Irish in Chicago. Many of the oldest families emigrated to the United States after the Irish potato famine in 1845, in search of a better life and more reliable crops. There was a steady stream of Irish coming to the Windy City for several decades, until restrictive immigration laws during the Great Depression stalled their heavy numbers. But even after things returned to normal in the 1950s, the Irish had trouble obtaining proper work permits. This resulted in Irish people across the country taking low, menial jobs that others didn’t want, dominating the Chicago labor market in service, construction and cleaning-related work. 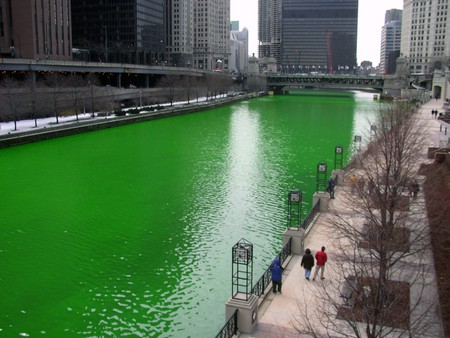 Despite these rough beginnings, the Chicago Irish went on to become very successful in city politics and education, electing 12 mayors who governed for more than 80 years. Thousands of Irish men and women staffed city schools and parishes as teachers, nurses and other faculty. The Irish even founded two of Chicago’s major colleges, Loyola University Chicago and DePaul University.

A Legacy of Celebration

In 1979 the famous South Side Irish parade began with a crowd of local families marching through west Morgan Park, and it only grew from there. It’s now said to be one of the largest St. Patrick’s Day celebrations outside of Dublin. It kicks off every year on the Sunday before St. Patrick’s Day and typically evolves into an all-day party for the surrounding neighborhoods. It’s common for the local Irish families to throw family gatherings and reunions on parade day like any other major holiday.

Downtown Chicago also throws an annual St. Patrick’s Day parade in the Loop. But while the South Side usually keeps its festivities contained to the area, the entire city gets in on the downtown action with green beer, green outfits, and even green water. The city upholds its tradition of dyeing the Chicago River bright green every year to celebrate Chicago’s proud Irish heritage.

Several notable Irish have come out of Chicago, including celebrities like Bob Newhart, George Wendt and Jenny McCarthy. The entire political Daley family grew up on the South Side, as well as world-famous Irish dancer Michael Flatley. Today it’s home to the highest concentration of Chicago police officers, firefighters and union workers.

Chicago’s last surviving farm was in the South Side’s Mount Greenwood neighborhood, but was converted into the Chicago High School for Agricultural Sciences. The area is also well-known for its stretch of Western Avenue, full of popular Irish bars and pubs, such as McNally’s, Bourbon Street and Cork & Kerry.