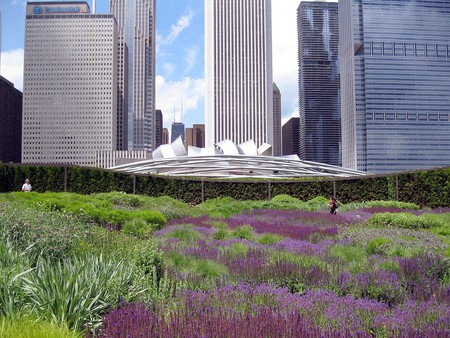 When entrepreneur Aaron Montgomery Ward embarked on a crusade to protect Grant Park and Chicago’s lakefront from over-development in 1836, he had no idea his mission would directly impact the skyline more than a century later. Without his devotion and foresight, Millennium Park may never have happened.

Back in the 1850s, the Illinois Central Railroad owned the land on which Millennium Park, Grant Park, and Maggie Daley Park sit today. At the turn of the century, Aaron Montgomery Ward’s legislation prevented large, permanent structures from being built on or near the city’s shoreline. He also wanted the space accessible to all Chicagoans. In 1909, architect Daniel Burnham began work on his own “Plan for Chicago.” Burnham assumed the railroad would never cease operating, or give up the land, so he worked around the tracks as he built Grant Park. And, for most of the 20th century, Chicago’s downtown lakefront property did consist primarily of train tracks and concrete lots. 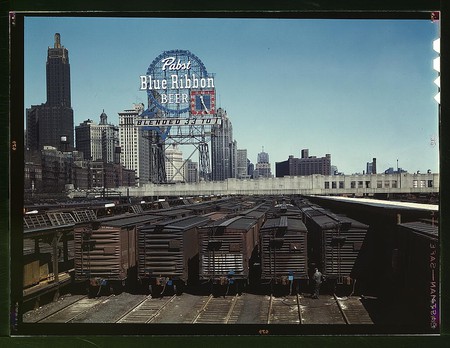 However, as early as 1977, city officials tossed around the idea of building a park on top of the Illinois Central Railroad lines in Grant Park. Since the project presented obstacles, not the least of which were financial difficulties, the conversation lay dormant until Mayor Richard M. Daley took office in 1989.

Daley desired a more accessible lakefront for his residents. He grew tired of looking out of his dentist’s office on Michigan Avenue only to see a banal expanse of rock, rail, and routine. In 1997, Daley discussed his ideas with the Illinois Central Railroad; the company subsequently donated the land rights back to the City of Chicago. Daley then began the biggest transformation the city had seen in decades. 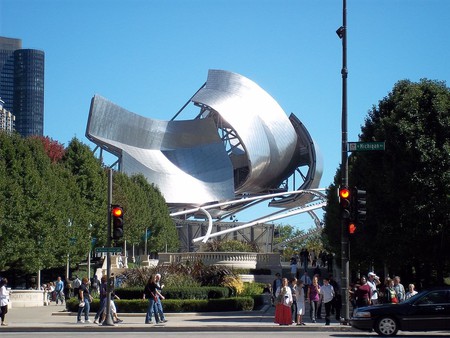 Originally, the plan called for 16 acres of land for the park, art displays, and a concert venue. The city quickly ran into a problem: a music hall in the park would violate Ward’s legislation. Then, world-famous architect Frank Gehry came into the picture. Gehry approached the concert venue as a work of art, rather than a permanent building, to work around Ward’s building ban. The design of the Jay Pritzker Pavilion began in 1999. The pavilion’s sound system would be the first like it in the United States; by utilizing both the lawn and its seating, the venue distributes sound waves evenly throughout the space, evoking the sense that one sits inside a giant hall, rather than outdoors. Gehry later won the National Medal of Art for this work.

Also in 1999, Chicago commissioned British artist Anish Kapoor to create a stunning work of art that would draw crowds, improve the landscape of the park, and “last 1,000 years.” Kapoor happily agreed, and in 2004, just months before Millennium Park officially opened, Cloud Gate landed in Chicago. Also known as “The Bean,” Cloud Gate has become an icon of the park and the city. 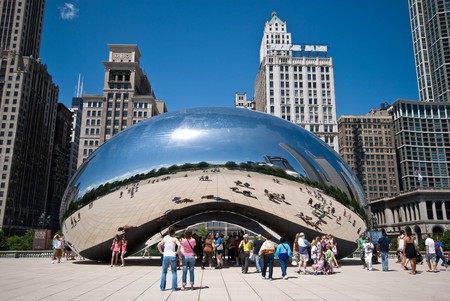 "Cloud Gate," Anish Kapoor's sculpture most people refer to as, "The Bean," is a focal point within Millennium Park in Chicago. | © Filippo Diotalevi / Flickr

In the end, Millennium Park spans 24.5 acres. Lurie Garden, a sprawling garden full of flowers, greenery, and walkways, takes up 3.5 of these acres. Landscape architects at Gustafson Guthrie Nichol and Dutch garden designer Piet Oudolf envisioned an old Chicago nickname, “Urbs in Horto,” meaning “City in a Garden,” as they worked. The designers included a 15-foot (4.5-meter) “Shoulder Hedge” as a nod to Carl Sandburg’s poem “Chicago,” in which he calls the town the “City of Big Shoulders.”

Just after Cloud Gate’s arrival in April 2004, Millennium Park officially opened to the public in July 2004. Visitors flooded the new space, exploring the gardens, lawn, walkways, and pavilion. Many examined the Millennium Monument in Wrigley Square, an homage to the almost-identical columns that lived in the same spot between 1917 and 1953, onto which the names of those who made the park possible are etched. 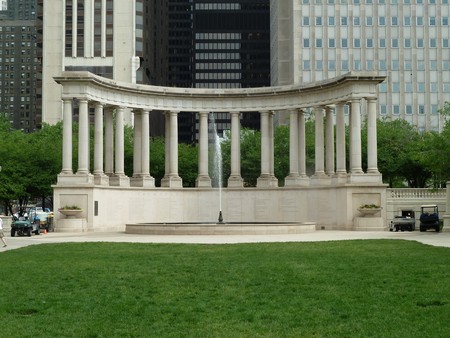 Millennium Monument in Chicago's Millennium Park is a tribute to those who make the park possible. | © Rob Young / Flickr

In 2009, Millennium Park won the Rudy Bruner Award for Urban Excellence. Today, it is the second-most popular tourist attraction in Chicago, after Navy Pier. Without Ward’s help in preventing large structures from taking over Chicago’s shoreline, Millennium Park may have only existed in an alternative reality. 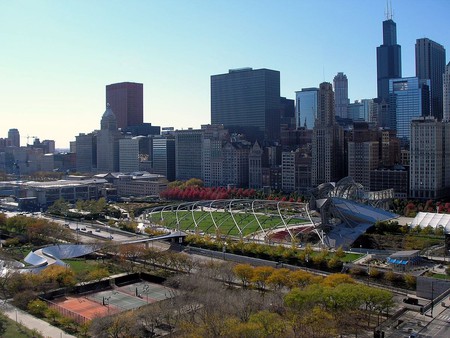 A view of Millennium Park in front of the Chicago skyline, 2007. | © DDima / WikiCommons
Give us feedback