A Brief History of Buckingham Fountain 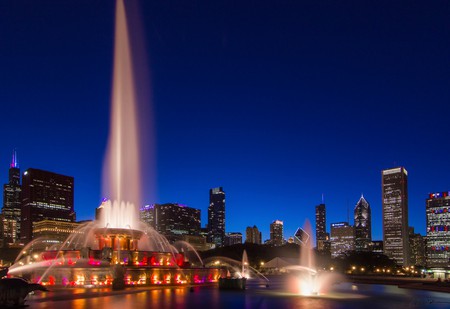 As the centerpiece of the 500-acre Grant Park, Buckingham Fountain is undoubtedly among Chicago’s favorite landmarks, but how much do you know about the history of one of the world’s largest and most ornate fountains?

The Clarence Buckingham Memorial Fountain officially opened on May 26, 1927, but its story began much earlier. The Buckinghams were an important family of art patrons and philanthropists in Chicago in the late-19th and early-20th century. Clarence Buckingham was a successful businessman and held several prominent positions, including director of the Art Institute for more than a decade. When he unexpectedly died in 1913, his sister Kate Sturges Buckingham continued his dedication to the arts, loaning and donating work to the Art Institute and funding the collection’s maintenance and expansion. 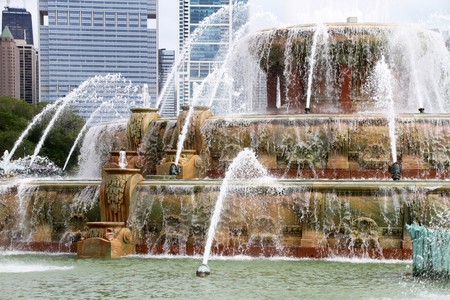 In 1924, she gifted a sum of money amounting to a million dollars to the city to construct and maintain a magnificent fountain as a permanent memorial to her brother. Work began in 1925 and took two years to complete, and the official dedication on August 26, 1927, was attended by an estimated 50,000 people. Kate herself passed away 10 years later.

The fountain itself was designed by architect Edward H. Bennett of the firm Bennett, Parsons and Frost, with French artist Marcel Loyau contributing sculptural elements. It was inspired by the Bassin de Latone at the Versailles Palace near Paris, France, but with an added Lake Michigan theme. As well as four ornate basins featuring carved granite and pink Georgia marble, the fountain has four bronze sea horse sculptures in the large lower basin, representing the four states bordering the lake.

From an engineering point of view, the fountain is equally impressive. Its 133 jets use up to 15,000 gallons of water per minute during displays, with water reaching up to 150 feet in the air, and its 820 lights making evening shows even more special. Remarkably, the fountain’s displays were operated manually for the first 50 years of their existence and were not fully automated until 1980. The fountain was immediately taken to heart by Chicagoans, though, and contributed to Grant Park’s listing on the National Register of Historic Places in 1993 and being designated as a Chicago Landmark in 2000. 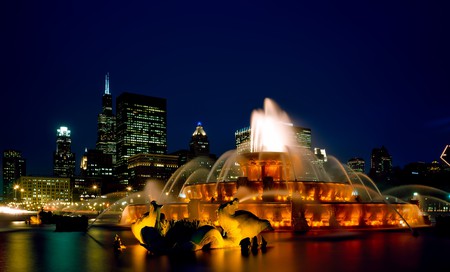 See the fountain in all its glory with hourly 20-minute displays every day.